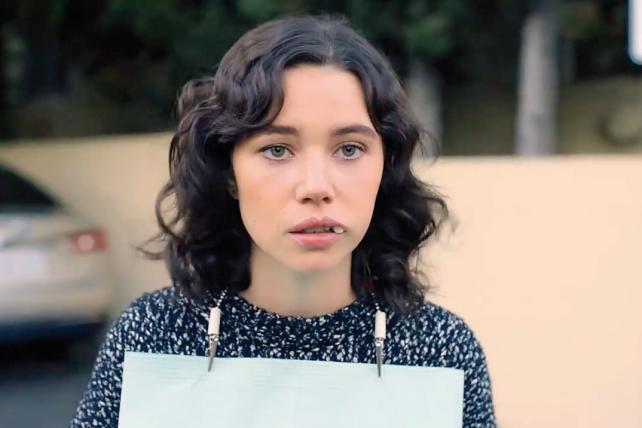 Much as consumers have started to question the sourcing of their food in recent years, they are now also beginning to wonder about the origin of their clothing. Allbirds, the shoe company founded two years ago, tapped into this trend twice this year with quirky campaigns. The more recent work, done with Anomaly Los Angeles, encourages shoppers to "Meet Your Shoes," as it promotes the brand's sustainable materials.

"This was never just about selling shoes but about trying to make a sizable shift in sustainable manufacturing," says Julie Channing, chief marketing officer at Allbirds. "It's showing people you can make products that will look good and feel good, and that people feel good about buying."

That idea may have seemed outlandish a decade ago, but today's consumer increasingly cares about the production pipeline. Brands like Allbirds are solving problems consumers didn't even know they had, something established brands should be watching, according to a recent report by NPD Group. Indeed, Allbirds is on track to become a viable sneaker competitor to existing industry heavyweights like Nike and Adidas. Investors have noticed: Allbirds has raised nearly $80 million in venture capital funding, which puts its valuation at $1.4 billion, according to CB Insights. 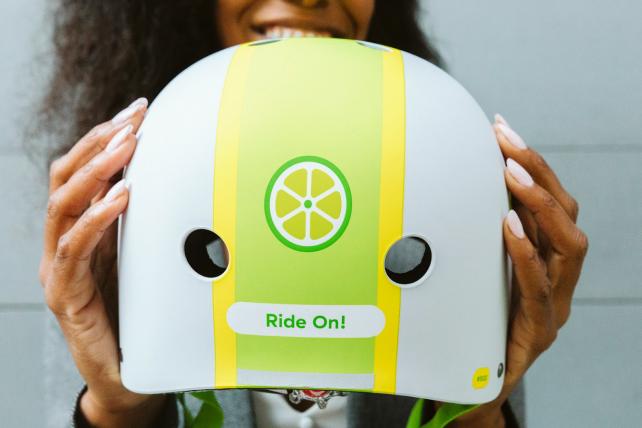 Motorized scooter rentals arrived like mushrooms after a hard rain in cities across the U.S. and the world this year. Competitors sprouted up, too, with 11 getting venture financing so far. But Lime has become a leader thanks in part to $467 million in backing from Google Ventures and Uber, among others.

Now in more than 80 cities in the U.S. and 40 cities internationally, Lime had nearly 3.5 million app downloads from January through October of 2018, and it's vying for download leadership with rival scooter company Bird, according to mobile intelligence firm Sensor Tower.

But with success came trouble: reports of scooter riders (on Lime, Bird, etc.) hitting pedestrians or getting hit by cars; haphazard parking of scooters along sidewalks; and Lime having to recall some of its Segway scooters in California due to defects that could cause battery explosions.

Lime is taking on safety issues through a "Respect the Ride" campaign launched in November and created in-house. It features out-of-home ads and free helmets for the first 25,000 people who signed its safety pledge. More than 120,000 pledges came in during the first 10 days of the campaign, says Caen Contee, Lime VP of global expansion and marketing. Lime ultimately plans to hand out 125,000 free helmets and is working on app updates to discourage riding on sidewalks or parking improperly.

"Safety is very important to us, which is one reason we're the only company that has invested in a vertically integrated supply chain that can make custom product," says Contee. —Jack Neff 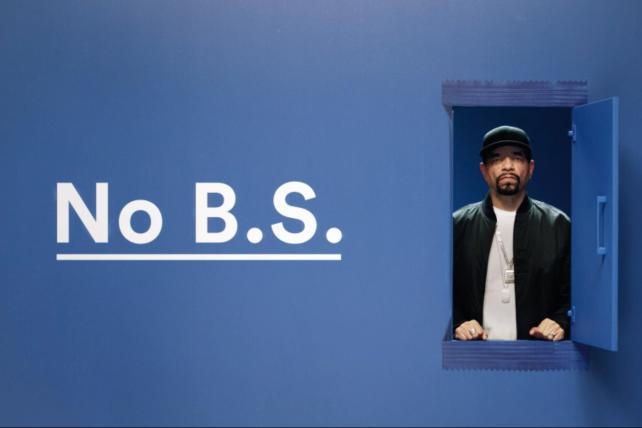 Most food marketers wouldn't center a campaign around the phrases "No B.S." and "That's B.S.," which stand for exactly what you think they stand for. But RXBar clearly has no plans to operate like most packaged-food companies, even one year after being acquired by the much more traditional Kellogg Co. The protein-bar brand's first major campaign began with ads featuring a sarcastic Ice-T, followed by other elements including its hotline (1-877-THATS-BS) and quirky online animation. Brand awareness, around 8 percent before the work aired, jumped to 15.3 percent at the midpoint of the campaign, RXBar says. Soon the marketing emphasis will shift to product attributes, as the company builds what Director of Masterbrand Charlie Hart calls "product romance." While RXBar's recognition has grown under Kellogg's ownership, Hart insists the owner has been hands-off. RXBar gets Kellogg's assistance in areas such as legal and finance, but when it comes to creative, that's all run out of RXBar's Chicago office. Even sales is still handled by RXBar's own team. For Kellogg, the strategy differs from years ago when it went too far trying to fold Kashi, another acquisition, into its own business, and lost a bit of that brand's legacy. "We're one big case study with them," says Hart. —Jessica Wohl 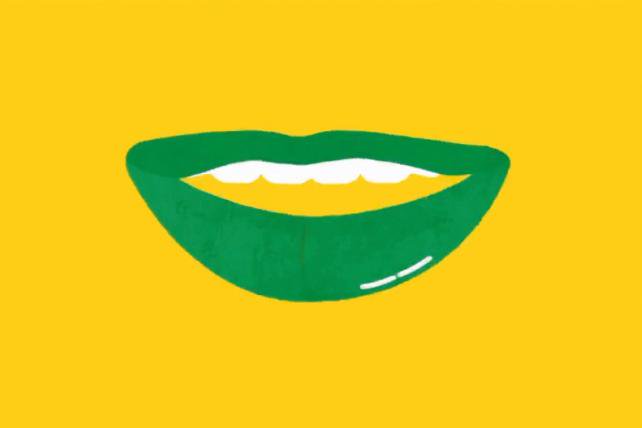 Subway's 'Make It What You Want' campaign

It had been easy to count Subway out. Its store designs were aging. Its menu failed to keep up with changing dining trends. It abandoned its $5 footlong deals. And it suffered from the public downfall of pitchman Jared Fogle. That gave rivals like Jersey Mike's and Jimmy John's ample opportunity to gain market share. Subway's U.S. sales fell annually from 2014 to 2017 according to Technomic, an industry research firm (the privately held chain keeps its own figures under wraps).

But now, Subway is operating with renewed purpose.

For one, it's spending millions to update tired stores rather than having franchisees foot the bill. The overhaul appears to be paying off: Sales are up around 10 percent in the locations (650 and counting) remodeled with the Fresh Forward and Fresh Start designs, Subway says.

The menu is also getting a makeover. New wraps appeal to diners looking for more protein and less bread, and they are doing so well that Subway is already testing new flavors, says Len Van Popering, Subway's VP of global brand management and innovation. Steak sandwiches are also a hit, and the launch last week of Ultimate Cheesy Garlic Bread had been buzzed about for months. Add in music-filled "Make It What You Want" spots from The Franchise @ Dentsu Aegis Network North America, which began handling media and creative in early 2018, and Subway has a bit of swagger back. Plus, it's offering delivery through outside companies. —J.W. 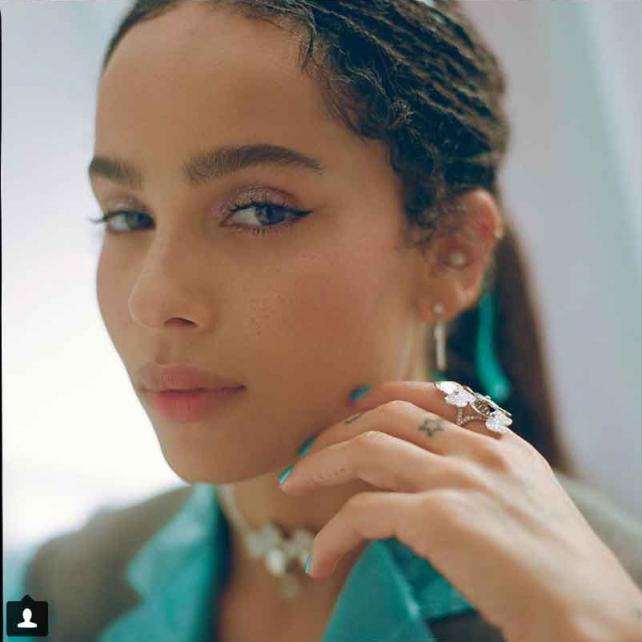 That little blue box has been packing a powerful marketing punch of late. Tiffany & Co., which just over a year ago was suffering from merchandise and marketing missteps that failed to capture younger consumers, has regained some of its luster. A recent series of "Believe" marketing campaigns featuring millennial celebrities such as Elle Fanning and Zoë Kravitz, alongside new offerings like a cafe at its iconic Fifth Avenue flagship and a new customization program, have contributed to a sales uptick for the 181-year-old jeweler. In recent years, shoppers had shunned the storied brand for trendier, more personalized offerings from boutique retailers. Now, those consumers are giving Tiffany a second look.

Tiffany executives didn't give specific figures, but said the brand has increased its marketing investment this year, following 2017 when such costs were roughly 8 percent of sales, or $319 million.

"Tiffany has found a confident voice with all the quality, integrity and surprise that made the blue box world famous in the first place," says Trey Laird, chairman and chief creative officer at its agency, Laird & Partners. —A.P.