Hulu, Roku, Crackle and Tubi make pitches to advertisers
READ THIS NEXT
IAB looks to lure TV networks to the NewFronts 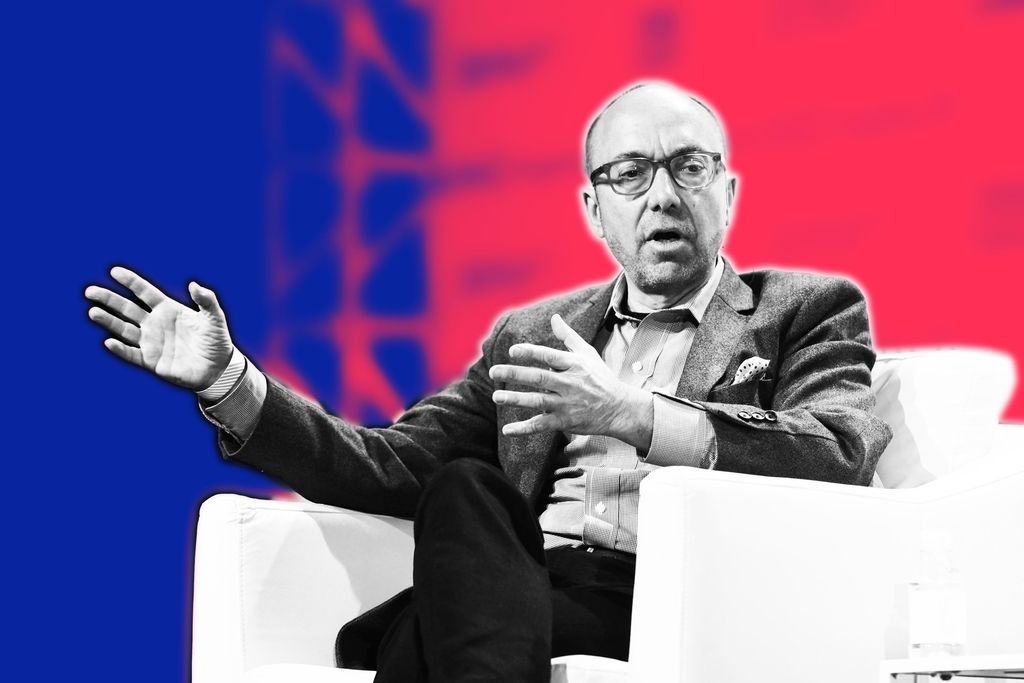 Credit: via Wikimedia Commons by Edoardo88/Flickr

Welcome to Ad Age’s special-edition NewFronts Now newsletter. Check your inbox daily for a roundup of the biggest news from IAB’s Digital Content NewFronts and takeaways from the week, along with key trends and insights.

And join Ad Age on Friday at 2 p.m. EDT when we will close out the IAB’s event with a wrap-up party where we will bring together marketing and agency executives to dissect and analyze the presentations of the week. Register here.

Elephants in the virtual room

COVID-19 and social unrest are top of mind this week. Day one kicked off with the IAB addressing this unprecedented time in the industry. In his opening remarks, Randall Rothenberg, president and CEO, IAB (pictured) said, “Taking down statues is a good thing, but we can also build new monuments, and that’s better. I want to use the NewFronts platform to encourage you to build.”

"It does seem a little odd," said David Cohen, IAB president, acknowledging that the conversation about digital media is not quite as important as some of the greater issues playing out in the real world.

But at the same time as the IAB said “change is upon us,” the presentations opened with three white males, as NewFronts hosts Scott Rogowsky, the former host of HQ Trivia, and TVREV’s Alan Wolk chatted with Nielsen CEO David Kenny about how important connected TV has become for media plans.

“Measuring people is how you get great marketing,” Kenny said. “We capture all races. No one is left behind at Nielsen.”

Hulu President Kelly Campbell made a direct call for brand leaders to use their voices to push through change and noted the power of streaming TV to elevate talent and voices that better reflect society.

And Tubi boasted how it is democratizing content and making sure viewers are represented on screen. The company pointed to its offerings in Black cinema, content that highlights the LGBTQ community, and its upcoming Tubi En Espanol, which will debut this fall and house Spanish-language content.

Meanwhile, Crackle is rewarding the first ad agency to make an upfront investment in the platform with 5 percent back in media to promote a charity of its choice.

Hulu made its first NewFront presentation as part of Walt Disney, announcing that it’s introducing a transactional ad format, GatewayGo. The new format is a way for viewers to interact with a commercial and then take an action on a second screen, like access special offers or make a purchase. The goal is to upend TV as a top-of-the-funnel advertising medium and build the foundation for bottom-of-the-funnel, action-oriented campaigns. By doing this, it will allow TV brands to attract digital-focused advertisers, like direct-to-consumer brands that typically utilize social channels and other digital advertising.

Roku is looking to compete with YouTube by guaranteeing that brands will appear in the top 1 percent of its premium video, writes Ad Age’s Garett Sloane. Roku Reserve gives the company a product that can go head-to-head with offerings like YouTube Select and Facebook Reserve, which give brands assurances that ads will only appear in the upper echelon of content.

The company previously highlighted its efforts to be more flexible by allowing marketers to revamp or pull their creative quickly as they navigate rapidly changing situations as it relates to COVID-19 across the country.

Since coronavirus led so many brands to re-shoot ads and craft new messages, advertisers are worried about the next crisis that could force them to do it all over again. Brands don't want to be “stuck with a message that was only relevant three months ago,” said Julian Mintz, head of West Coast and Central brand sales at Roku.

Roku also touted its data, which is not new for the company that wants to apply internet targeting to TV-like advertising. What is new is that the data is being used to “adjust,” too. Roku talked about how, without live sports, it can find, say, football fans by targeting people watching fitness videos.

It is also using this data to analyze quarantine trends. It held up an example of Kentucky, where the governor issued a stay-at-home order early in coronavirus. Roku saw streaming hours rise in that state versus neighboring ones where no such order was in place. Brands can look at the official policies from states to know which ones are best to target their streaming ad dollars, and Roku highlighted how it can target down to the ZIP code level.

Tubi, which was acquired by Fox earlier in the year, is working to fix one of the biggest complaints in streaming video—seeing the same ad over and over. The ad-supported streamer said it will manage ad frequency through a tool that caps ad exposure, regardless of where a marketer buys the inventory.

One of the biggest issues when it comes to mitigating frequency, is that brands are buying supply from various places, directly from the supplier and then also through programmatic platforms where they don’t necessarily know where their campaign will run. Tubi’s technology scans every piece of creative that comes in from various demand sources to identify and compare the ad composition in order to determine delivery at the household level and prevent double-spotting. So if a brand makes a direct buy through Tubi, the company is assuring the advertiser will get its intended exposure at the household level.

If there’s one catch phrase that’s already starting to emerge, its the message of putting viewers front-and-center in advertising decisions. It’s rhetoric that was central to Hulu’s presentation, and has been for some time—the idea that there’s value in giving viewers ad experiences informed by how they watch content.

Crackle, which was best known for Jerry Seinfeld’s “Comedians in Cars Getting Coffee,” returned to the NewFronts with a new owner and a new name—it’s now called Crackle Plus. The ad-supported streamer, which was sold by Sony to Chicken Soup For The Soul Entertainment last year, touted its viewer-first strategy, which includes two ad formats.

Crackle is adopting a model that has been around for some time and pioneered by TrueX, allowing viewers to interact with an ad at the beginning of a show to then watch the rest of the content ad-free. Jumbotron gives marketers access to Crackle’s auto-playing slot on its homepage to feature branded content or full episodes of a sponsored show.

That's it for today's NewFronts Now. Thanks for reading and we'll be back tomorrow for Day 2.