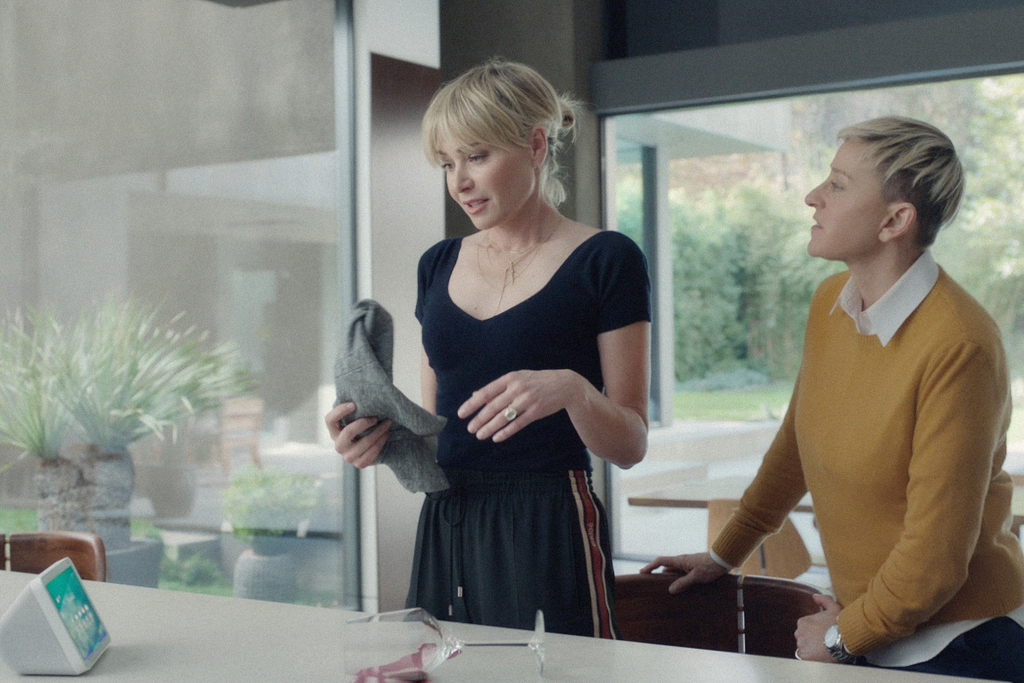 Amazon is bringing its Alexa device back to the Super Bowl with a commercial starring Ellen DeGeneres and her wife Portia de Rossi.

DeGeneres tweeted the news on Friday afternoon along with a teaser of the ad that shows the two going back and forth asking Alexa to set the thermostat to different temperatures.

Portia and I are in a Super Bowl commercial! Don’t miss the big game to find out what we all did #BeforeAlexa #ThanksSponsor pic.twitter.com/RQpHTMogfn

Amazon’s web site currently features an image of a carrier pigeon with the question, “What did people do before Alexa?”

“Send a carrier pigeon or ask Alexa? Watch the big game on 02.02.20 to find out what we did #BeforeAlexa,” the site reads.

There’s also a second teaser, where de Rossi spills her wine. DeGeneres rushes to the rescue, but instead of helping to wipe up the mess, she says, “Alexa, order more wine.”

Amazon introduced the device to the Big Game in 2016 with an ad starring Alec Baldwin.

This is not DeGeneres’ first Super Bowl ad. In 2014, she appeared in an ad for Beats Music.