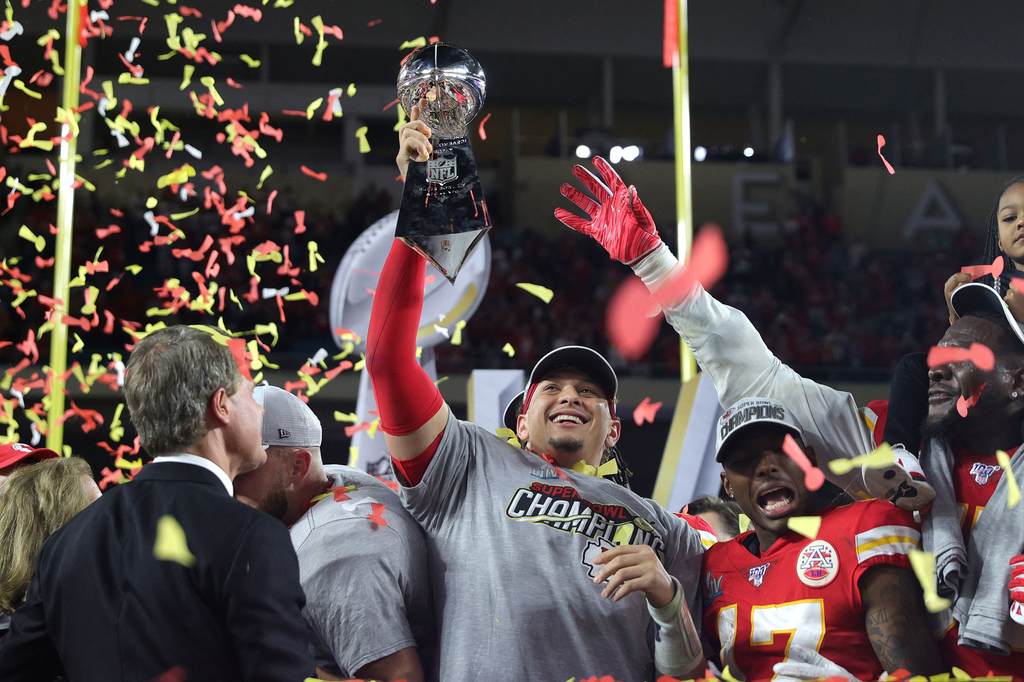 The Chiefs' Patrick Mahomes may have put to rest any fears that fans might drop away when Tom Brady eventually calls it a day.

Depending on where you stand on regal metaphors, the NFL on Sunday night capped its 100th season with either a coronation or a passing of the torch. Either way, a mammoth TV audience bore witness as the future of the league coalesced around one monumentally talented 24-year-old.

According to Nielsen live-plus-same-day data, Fox’s coverage of Super Bowl LIV averaged 102 million viewers across the broadcast flagship, the Spanish-language channel Fox Deportes and various digital outlets, edging the year-ago production on CBS by some 1.3 million viewers. Strip out the ancillary deliveries and Fox’s linear TV audience averaged out to 99.9 million viewers, up 2 percent compared to CBS’s analogous stat (98.2 million) in 2019.

The incremental gains provided by the non-broadcast impressions presents us with a sort of Schrödinger’s cat scenario, in which Fox’s deliveries simultaneously passed the 100 million-viewer mark and fell just short. In the absence of a single inclusive ratings currency that blends vanilla TV views with streaming and out-of-home numbers, the ontological status of the ratings kitty remains a real head-scratcher.

Here’s what we do know with absolute certainty: No matter how you choose to define the Fox audience, Super Bowl LIV now stands as the 10th most-watched NFL title tilt in history. And while the Fox broadcast’s 41.6 rating isn’t among the game’s 30 best—as with the Thanksgiving Day NFL deliveries, the communal/party-going nature of Super Bowl viewing tends to depress the household figures—its 69 share has only been topped 16 times.

Another thing we know: Because it takes Nielsen about three days to process the out-of-home data tallying the fans who watched the Big Game at a party outside the confines of their own homes, those additional (and, by definition, viable) deliveries tend to get lost in the shuffle. Add the 12 million OOH viewers to Super Bowl LIII’s linear-plus-digital impressions, and CBS wound up with a total audience delivery of 112.7 million viewers in 2019.

So which number do we enshrine in the record books? For the sake of apples-to-Fiona-Apple comparisons, we tend to fall back on the default linear TV ratings, if only because that’s how the the terms have been defined since Vince Lombardi was stalking the sidelines of the L.A. Coliseum back in January 1967. But that’s-how-we’ve-always-done-things isn’t much of a justification for paralysis, even if the traditional broadcast accounted for 97.8 percent of last night’s audience.

Oh, and here’s yet another thing we know: The fact that the networks that host the Super Bowl don’t furnish ratings guarantees to their advertisers, effectively makes a parlor game of any effort to assign a definitive head count to the audience. In the absence of any threat of having to make good on under-deliveries, Super Bowl ratings are primarily about bragging rights; at best, the viewership stats are useful for providing a baseline unit cost for the next network in line.

When this year bleeds into the next, Super Bowl LIV will stand as the most-watched, highest-rated television broadcast of 2020. And while we’re making Joe Namath-style guarantees, the Election Night returns will finish second on our annual list. (The Trump vs. Clinton deliveries topped 71 million viewers, up a smidge from the 66.8 million who tuned in for Obama vs. Romney in 2012). And while we’re on the subject, unless the Republican and Democratic candidates are allowed to fight with swords, none of the presidential debates will top the staggering 84 million viewers who tuned in for the first of the three showdowns in 2016.

It’s the NFL’s world; the rest of us just live in it

However you choose to quantify the ratings data, the NFL heads into the offseason with a spring in its step, its pockets a-jangling. The first Super Bowl viewership increase in four years comes on the heels of back-to-back seasons in which the league’s overall TV ratings improved 5 percent. The NFL is the only game in town, and absolutely essential to the livelihood of the legacy broadcast networks. The bidding will be ferocious, and analysts believe the Shield could up its network rights fees from some $5.6 billion per year to as much as $10 billion under a new deal.

As the NFL prepares to make itself even richer—before it starts negotiating the media packages, it’ll first look to nail down a new collective bargain agreement with the players’ union—it can rest easy in the knowledge that a new generation of heroes has emerged to replace the old guard.

In leading the Chiefs to a three-touchdown rally in the fourth quarter, Super Bowl LIV MVP Patrick Mahomes may have put to rest any fears that fans might drop away when Tom Brady eventually calls it a day. The Chiefs and Niners are young teams, and the electricity both sides brought to bear on Sunday’s game provided a much-needed tonic after last year’s joyless slog.

“The NFL will latch on to No. 15,” Fox’s Troy Aikman noted after Mahomes closed out a postgame interview alongside his head coach, Andy Reid. “He is now the face of our league, and rightfully so. We’ve got a lot of great players in our league that represent themselves well, represent our game exceptionally well, but we’re going to be watching him for a long time.”

Mahomes’ subsequent response to Aikman’s encomium speaks volumes about his own character and why the NFL, its media partners and millions of football fans have so much to look forward to in the coming years. When asked if he thinks of himself as the face of the NFL, Mahomes told reporters that there are several players who fit the bill.

“With the NFL and how good the play is, the quarterback play, guys come in year in and year out and go out there and play great football,” Mahomes said. “I mean, [Ravens quarterback] Lamar [Jackson] was the unanimous MVP … and he had one of the best seasons of all-time at the quarterback position. There’s guys like that, it seems, every single year. A lot of young guys, a lot of veterans playing at a high level, so I just try to be the best Patrick Mahomes I can be.” 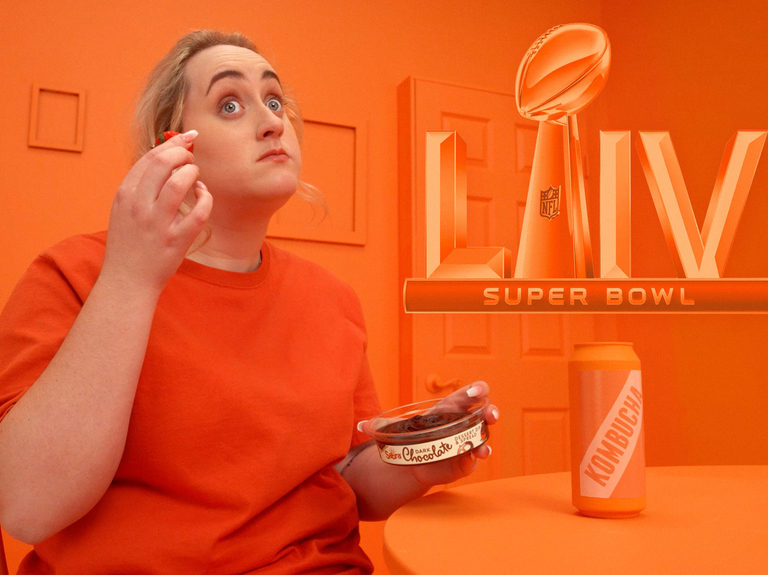