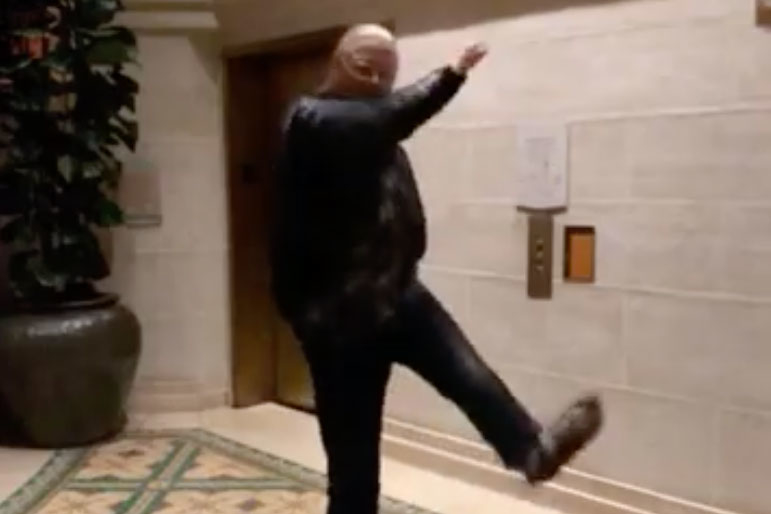 Goodby Silverstein & Partners Co-Chairman and Partner Jeff Goodby is as limber-limbed as Lil Nas X and Sam Elliott in this video showing him dancing like the stars of Doritos’ Super Bowl spot.

The film demonstrates the social component of the brand’s Big Game campaign, a tie-up with AI-powered app Sway that seamlessly superimposes your head onto that of a grooving body, so you appear to move just like the stars of the spot.

At the end of the gameday ad, which features Elliott and Lil Nas X in a dance-off, the musician asks, “Who got next?”—an obvious tip-off to the audience to keep the party going.

The campaign encourages viewers to download the app and create their own videos tagged #CoolRanchDance, which can be shared instantly to TikTok, Instagram, Twitter and Snapchat.

“This technology turns deepfake into dancefake. Nobody has used it this way before,” said Laura Petruccelli, creative director at Goodby Silverstein & Partners in a statement.

“We’re basically putting you inside the ad,” added fellow CD Rohan Cooke. “When you’re the star, you’re more likely to share it.”