Mercedes-Benz returns to Super Bowl after sitting out last season 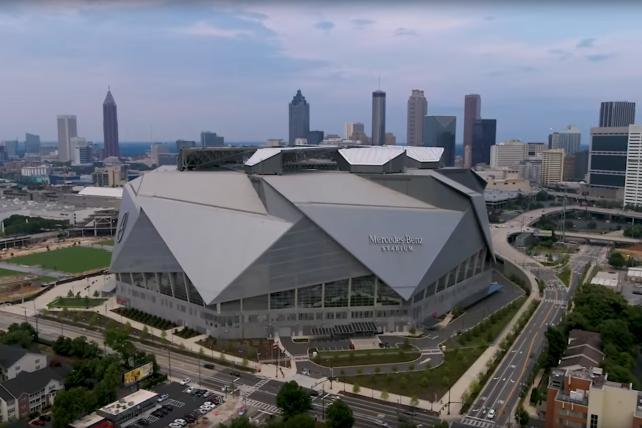 Mercedes-Benz—whose name is on the Atlanta stadium where Super Bowl LIII will be played—will return to the game as an advertiser after sitting it out in 2018.

A spokeswoman confirmed the ad buy for the Feb. 3 game on CBS, but declined to provide details. Mercedes' lead creative agency in the U.S. is Merkley & Partners.

The luxury auto brand has been an intermittent Super Bowl advertiser. While it sat out of the 2018 game, it ran ads in 2017, 2015, 2013 and 2011. With this season's game taking place in Atlanta, the automaker's return seemed inevitable. Mercedes has called the city home since 2015, when it relocated its U.S. headquarters from New Jersey. That same year Mercedes inked a 27-year naming rights deal for the new Atlanta stadium for which it reportedly paid $324 million.

The stadium, which opened in 2017, provides the company with a venue to entertain employees, dealers and other partners for the Super Bowl. Plans include hosting VIPs at the ultra-exclusive Gullwing Club, according to a spokeswoman.

The automaker used its 2017 Super Bowl ad to plug its GT Roadster. The spot featured aging bikers and Steppenwolf's "Born to Be Wild." Merkley & Partners and Antoni of Berlin, Germany handled the ad.

Mercedes is the first automaker to confirm an ad buy for the 2019 game. Last season, 11 auto commercials ran featuring six brands: Ram and Jeep (both owned by Fiat-Chrysler), as well as Hyundai, Kia, Toyota and Toyota-owned Lexus. In the 2017 game, eight automakers ran a total of 10 ads.

Outside of automotive, only two other brands have publicly confirmed ad buys for the 2019 game: Avocados from Mexico and car mat maker WeatherTech. Both brands have been regular Super Bowl advertisers in recent years.

Mercedes reported selling 27,537 U.S. vehicles in October, down 4.9 percent from the same month in 2017. But the brand kept its top spot among luxury brands, extending its lead over BMW, Automotive News reported.