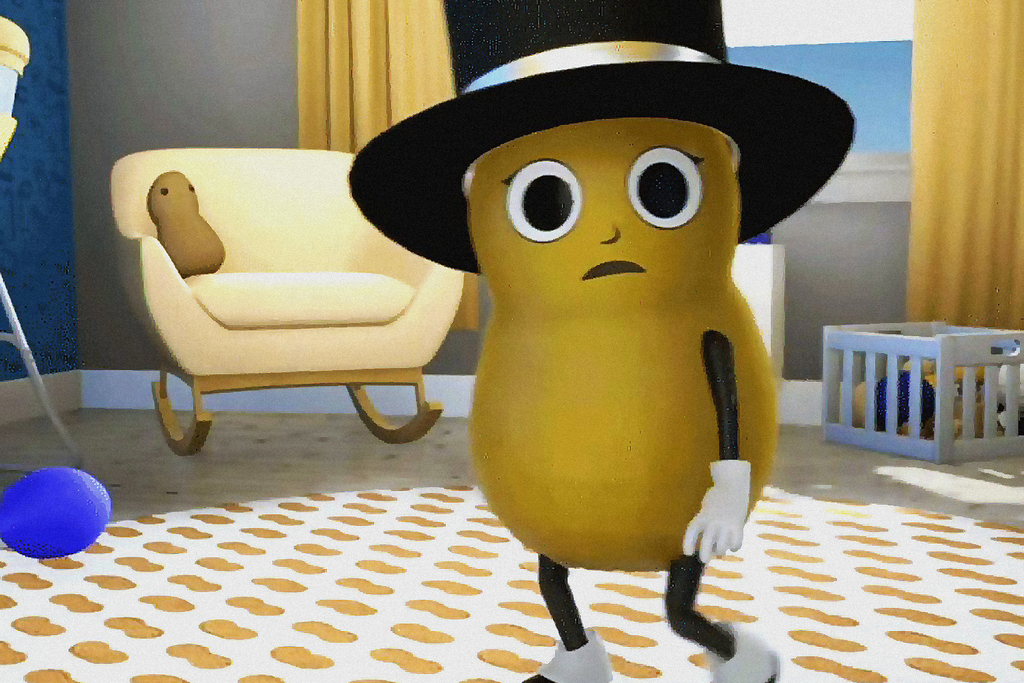 Twitter has suspended meme accounts Planters had created for the promotion of Baby Nut, the reincarnated version of the brand’s late Mr. Peanut who debuted in the brand’s already controversial Super Bowl commercial. The suspensions of the accounts were first reported by Insider.

Screenshots from one Twitter user show that the accounts—@BabyNutBaby, @BabyNutMemes and @BabyNutLOL—were originally created in January before the Super Bowl and each had a small number of followers. “Baby Nut Memes” had a description that read: “Dank memes fresh out of the womb” with the hashtag #BabyNut, while “Baby Nut Baby” read: “Dedicated to the cutest baby nut on the net.”

Here is what the accounts looked like, I have them cached but when I refresh their pages it then tells me theyve been suspended pic.twitter.com/jS7hccDG9Y

Lynne Galia, head of communications at Kraft Heinz, said the meme accounts were created to have as much content for fans as possible as the brand prepared to launch Baby Nut, and were done in talks with Twitter.

“After brainstorming with Twitter, we launched three meme-sharing accounts (BabyNutBaby, @BabyNutMemes and @BabyNutLOL) in a fashion we believed was compliant with its terms of service,” said Galia in a statement. “After we went forward, Twitter ultimately decided these accounts were noncompliant. We respect that decision.”

Twitter declined to comment on the matter. But the accounts could have violated Twitter’s rules on platform manipulation which prohibits from using the platform to “artificially amplify or suppress information or engage in behavior that manipulates or disrupts people’s experience on Twitter.”

Galia says the impact of the accounts was “miniscule.” In the time that the accounts were live, they accounted for only 3.3 percent of the Twitter impressions Planters received on Super Bowl Sunday, she said, and the percentage of impressions for the entire Super Bowl campaign rounded to zero.

Still, Planters’ effort did not go unnoticed by Twitter users, some of whom alleged the company was trying to make it seem like the meme accounts were created organically.

This is a madness. @MrPeanut created "meme" accounts to promote their rebrand - @babynutmemes @BabyNutBaby, and @BabyNutLOL, and are retweeting their posts as if the accounts were made organically by fans.

THEY EVEN PUT TEXT WATERMARKS ON THE MEMES TO MAKE IT SEEM MORE REAL 😂 pic.twitter.com/vwKjoENNUs

On Super Bowl Sunday, Planters official @Mr.Peanut account retweeted from the now-suspended accounts. Brands such as Charmin and Marvel Entertainment responded with their own memes. It’s unclear whether other brands realized the accounts were created by Planters.

Planters’ meme strategy is reminiscent of what happened organically with Baby Yoda from Disney+’s “The Mandalorian.” The popularity of the “Star Wars” character inspired meme pages that shared viral images and videos of Baby Yoda across the internet. Twitter users pointed out the similarities. Like Baby Yoda, Baby Nut, as of Sunday, also has its own line of merchandise. Fans can buy a Baby Nut plushie for $28, a baby onesie for $20 and a “laid-back dad hat” for $24, for instance.

Planters’ campaign, created by VaynerMedia, had already drawn scrutiny ahead of its Super Bowl debut for its theme in the wake of the helicopter crash that killed basketball star Kobe Bryant, his daughter Gianna and seven other riders. As a teaser for its Super Bowl spot, Planters had leaked a spot called “Road Trip” where its 104-year-old mascot met his fiery end when saving his friends after a Nutmobile accident.

Planters decided to change course for the Big Game by no longer showing the “Road Trip” teaser pregame, paused its paid media before the game and moved its Super Bowl spot, a funeral for Mr. Peanut, earlier in the game. The spot, called “Tribute,” saw Mr. Peanut reincarnated as Baby Nut.