Super Bowl commercials 2020: watch all the ads released ahead of the game | Ad Age
Skip to main content

Super Bowl commercials 2020: watch all the ads released ahead of the game

Facebook, Jeep and Hummer are the latest brands to pre-release their Big Game spots
READ THIS NEXT
A look back at Coke and Pepsi Super Bowl hits, from 'Hilltop' to 'Chimps' 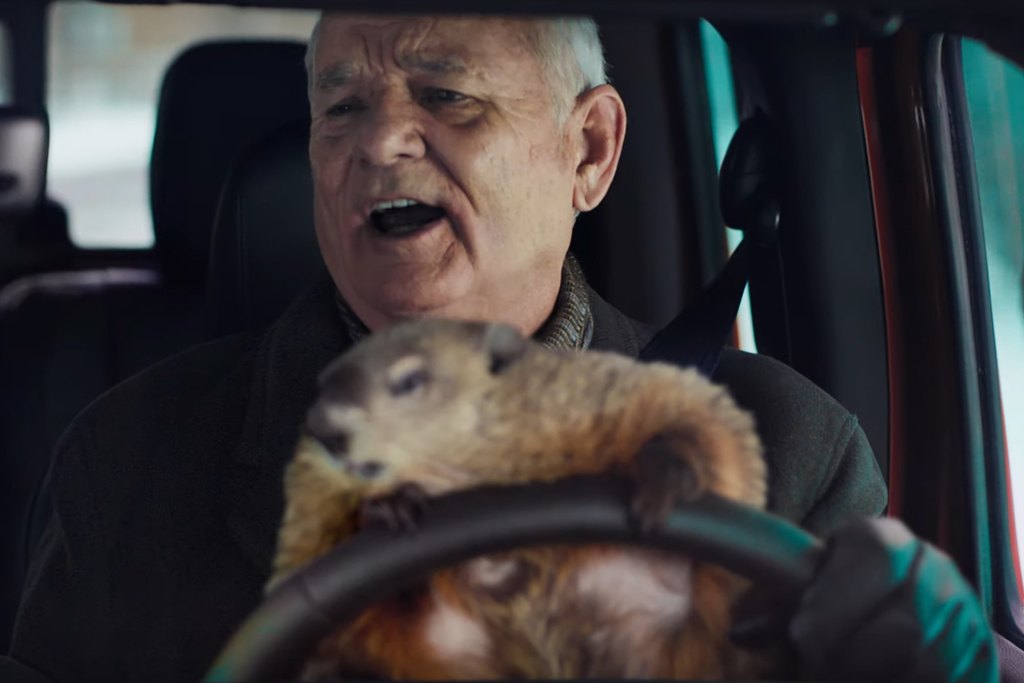 It seems Super Bowl advertisers are leaving little to the imagination. As of the the morning of game day, 43 brands have pre-released their ads, the latest being Facebook, Hummer and Jeep. That's up from the 30 ads that were pre-released before the game in 2019.

Below are all the ads released before game time.

Watch every ad that aired in the game, here—and our review of the ads, here.

General Motors reintroduces the Hummer as an all-electric, quiet vehicle, in its Super Bowl ad. The commercial, released on game day, looks to change the image of the label, which was known as a gas-guzzler. The spot includes a cameo by LeBron James.

Jeep puts a new twist on the classic movie “Groundhog Day.” In the commercial, Bill Murray reprises his role. The company released the ad at 6 a.m. on game day, which also coincides with Groundhog Day.

Bud Light released two ads ahead of the Super Bowl and let social media decide which one will air during the Big Game. The winning ad shows Post Malone walking into a store intent on buying Bud Light until he sees the seltzer. This sets off a fight between two men inside his head who represent his emotions about which one to choose, before a woman weighs in: “Guys, guys, we are incredibly rich. Let’s get both.” The spot, from Wieden & Kennedy New York, was released on Jan. 29 and declared the winner the morning of the game.

Cobie Smulders stars in Toyota’s ad promoting its 2020 Highlander. In the spot, released on Feb. 1, Smulders is shown rescuing various people in harrowing situations, like a cowboy in a Western scene.

The streaming service won’t launch until April, but Quibi will air its first Super Bowl commercial on Sunday. The spot, “Bank Heist,” shows a bank job gone wrong, leaving some time for the robbers to watch a Quibi video, which is no more than 10 minutes in length. The 30-second spot by BBH LA was released on Jan. 31.

Coke is using its Super Bowl ad this year to plug its new Coke Energy drink. The 60-second spot by Wieden & Kennedy Portland stars Jonah Hill and Martin Scorsese. It was released on Jan. 31.

President Donald Trump’s 30-second ad starts with a voiceover saying, “America demanded change, and change is what we got.” It continues by saying Trump has made the country "stronger, safer and more prosperous than ever before" and ends with Trump at a rally saying, “And ladies and gentleman the best is yet to come.” The commercial was released on Jan. 30, and there are plans to air a second ad in the game.

Michael Bloomberg's 60-second spot, released on Jan. 30, spotlights the story of Calandrian Simpson-Kemp, a Houston, Texas mother who lost her son, George Kemp, Jr., to gun violence in 2013 when he was 20 years old. The goal of the ad is to call attention to the national gun violence crisis.

SodaStream created a cinematic epic about a mission to Mars. Directed by Bryan Buckley and created by Goodby Silverstein & Partners, the ad includes a cameo from Bill Nye the Science Guy. An extended version of the spot was released on Jan. 30.

Olay makes a direct statement in its spot about the lack of space that’s historically been made for women. An all-female cast of astronauts, including Busy Philipps, YouTuber Lilly Singh and Taraji P. Henson, hops a rocket into space as Katie Couric says during a news broadcast: “Is there enough space in space for women? Who wrote that? Are people really still asking that question?” Created by Badger & Winters, the ad was released on Jan. 30.

Amazon’s ad, starring Ellen DeGeneres and Portia de Rossi, imagines a world before Alexa, the voice-activated assistant. The ad steps back in time, from Victorian England, the Elizabethan times, the Old West and the Middle Ages all the way up to the Nixon era. Droga5 created the ad, which was released on Jan. 29.

The big-box retailer is running a super-charged version of last year’s pre-game ad about the convenience of curbside pickup of online orders. The spot, released on Jan. 29, features scenes or characters from a dozen movie or TV shows, including Disney's "Star Wars" and "Toy Story."

TurboTax is looking to unite Super Bowl viewers by pointing out something we all have in common: taxes. The company released an extended version of its music video-style ad from Wieden & Kennedy on Jan. 29.

Oakland Raiders' Josh Jacobs has a conversation with his younger self in Kia’s Super Bowl ad, which puts a spotlight on youth homelessness. The commercial from David & Goliath was released on Jan. 29.

Heinz's commercial features four storylines at once, with ketchup at the center of all of them. The 30-second commercial from Wieden & Kennedy was released on Jan. 29.

Audi channels Disney’s “Frozen” in its Super Bowl commercial released on Jan. 29. The spot, by 72andSunny, stars “Game of Thrones” actress Maisie Williams, who is stuck in traffic. She then bursts into the song, which is meant to serve as a rebuke of gas-guzzling cars. The spot plugs Audi’s electric vehicles.

Discover uses iconic “No” scenes from the likes of “Austin Powers,” “Clueless,” “School of Rock” and “Friends” to convey its lack of annual credit card fees. The 15-second spot, released on Jan. 29, is paired with a similar “Yes” commercial for the brand’s acceptance rates.

Discover taps “yes” scenes from “30 Rock,” “American Pie” and “Fast Times at Ridgemont High” in a Super Bowl spot communicating the brand’s 95 percent acceptance rate at merchants across the U.S. The 15-second spot, released on Jan. 29, is paired with a similar “No” offering around Discover’s lack of annual fees.

Snickers is looking to fix the world in its Super Bowl ad. These problems include grown men riding scooters, parents naming children after produce, and politics (the political reference was included in an extended version of the ad, but not in the spot that will run in the game). Snickers plans to fix these problems by burying a giant candy bar in the ground. Snickers released an extended version of the spot on Jan. 29.

Little Caesars' first Super Bowl commercial looks to show that its pizza delivery is the best thing since sliced bread. The ad, created by McKinney, stars Rainn Wilson from “The Office” as the CEO of Sliced Bread Inc. The ad debuted on Jan. 28.

Google’s 60-second spot is about an elderly man who uses Google search and its AI-powered Google Assistant to help him remember his dead wife. The commercial was created in-house and debuted on Jan. 28.

Microsoft’s 60-second spot tells the story of Katie Sowers, a coach for the San Francisco 49ers, who will become the first woman ever to coach in the Super Bowl. Created by McCann New York, the ad was released on Jan. 28.

Michelob Ultra cast late-night host Jimmy Fallon and pro-wrestler John Cena in its ad to continue its push to position itself as the post-workout beer. In it, Cena urges Fallon to let go of his hatred for working out. The 60-second commercial, from FCB, was released on Jan. 28.

MC Hammer stars in Cheetos' Super Bowl spot, which shows all the things people can’t touch after eating the snack (due to the red and orange dust that’s left behind on your fingers). The commercial from Goodby, Silverstein & Partners was released on Jan. 28.

Squarespace tapped actress Winona Ryder to help put Winona, Minnesota on the map. The goal of the 30-second ad, created in-house, is to support small businesses and local communities. The ad was released on Jan. 28.

Avocados From Mexico creates a fictitious shopping network for people who love all things avocados in its Super Bowl ad. Featuring Molly Ringwald, the 30-second ad was created by Energy BBDO and was released on Jan. 28.

Hershey Co is making its Super Bowl ad debut with a commercial featuring Reese’s Take 5, a lesser-known candy bar. The 30-second spot from McGarryBowen is stuffed with idioms. An extended version of the ad was released on Jan. 28.

Bryan Cranston and Tracee Ellis Ross star in a spoof of the iconic horror movie “The Shining.” The 30-second ad by TBWA/Chiat/Day New York for Mtn Dew Zero reprises the famous "Here’s Johnny" scene. The ad was released on Jan. 28.

New York Life’s 60-second commercial explores the different types of love originating in the ancient Greek language. The spot culminates with the most profound type of love, Agape, or love as an action, and shows people doing selfless acts of love, like a wife washing her sick husband. The commercial, by Anomaly, dropped on Jan. 28.

WeatherTech is using its 30-second ad not to promote any of its products but to get people to donate to the animal research at the School of Veterinary Medicine at the University of Wisconsin-Madison. The spot tells the story of Scout, the WeatherTech CEO’s dog, and how the the university helped save his life.

Chrissy Teigen and John Legend scoff at symbols of “old luxury” in the first ad for Hyundai’s Genesis nameplate. The goal of the commercial, by Innocean, is to position Genesis as a less stuffy luxury car that’s more suitable for younger consumers. The spot debuted on Jan. 27, but two days later the company released a new spot the cut a scene featuring a helicopter. Hyundai made the decision in the wake of the helicopter crash that killed Kobe Bryant and his daughter, among others.

Michelob Ultra is using one of its two Super Bowl spots, for its Pure Gold label, to make a plug for organic farming. The 60-second spot, released on Jan. 27, introduces a new program called “6 for 6-pack.” The Anheuser-Busch InBev-owned brew pledges to dedicate a portion of proceeds from every 6-pack sold to help transition 6 square feet of farmland to certified organic land. The ad was created by FCB.

Porsche’s commercial, dubbed “The Heist,” features a racing scene in which nearly a dozen Porsche models zip through Germany. An extended version of the ad, created by Cramer-Krasselt, was released on Jan. 24.

Budweiser is using its Super Bowl ad to put a new spin on “typical Americans” with scenes of everyday people engaging in acts of kindness and triumph. Scenes juxtapose negative stereotypes of Americans with images of people doing good. Created by David Miami, the full ad was released on Jan. 23.

The National Football League tackled the politically charged issue of police shootings of black men with an ad that ran during the conference championship games on Jan. 19. The spot, created by 72andSunny, will also air in the Super Bowl.