Five trends to watch out for in Super Bowl LIII commercials 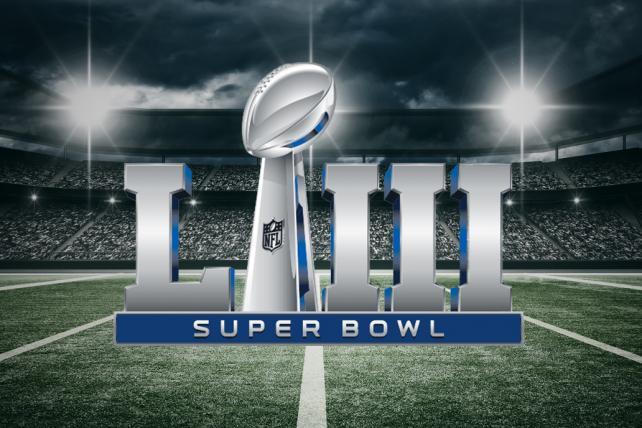 With just over two weeks until Super Bowl LIII kicks off from Mercedes-Benz Stadium in Atlanta, Georgia, we still know very little about the actual creative of the in-game commercials. Last year, Stella Artois was the first marketer to pre-release its Super Bowl spot on Jan. 16. While thus far no one has released their actual Super Bowl ad, Pringles, Doritos and Bumble have leaked teasers to their spots.

And there are some trends starting to emerge, from commercials having a more humorous tone to ads that will be more welcoming to the massive audience of female viewers. Here's what to watch for on game day.

Will the stars come?

Celebrities have always been a staple of Super Bowl commercials, with more than one-third of Big Game ads historically featuring pop icons, according to Charles R. Taylor, professor of marketing at Villanova School of Business. And last year, Super Bowl spots with star power hit a high, with 56 celebrities appearing during the battle between the Philadelphia Eagles and New England Patriots, up from 43 in 2017, according to E-Poll Market Research. While it's still a bit early to predict how this year will go, there are just about seven celebrities currently confirmed to appear in Super Bowl spots, including Michael Buble for PepsiCo's Bubly, Chance the Rapper for Doritos, Jason Bateman for Hyundai, Luke Wilson for Colgate, Serena Williams for Bumble and Peter Hermann reprising his role as "The Professional" for Persil ProClean.

It remains to be seen if the controversy surrounding how the National Football League handled players protesting racial injustice by taking a knee during the National Anthem has affected celebrities' willingness to appear in Super Bowl ads. Amy Schumer, Pink and Rihanna have all said that they would boycott the Super Bowl in support of Colin Kaepernick. And it wasn't all that easy for the NFL to secure musical acts for the Pepsi Super Bowl Halftime show. Maroon 5 will be joined by rapper Travis Scott and hometown artist Big Boi, but Scott reportedly only agreed to take the gig if the NFL would support a charity that aims to end injustice.

Another reason brands might want to move away from featuring celebrities in their ads: There's some evidence that younger audiences are less receptive to celebrity endorsers because of concerns about authenticity, Taylor said.

How women will be portrayed in Super Bowl commercials will continue to be top of mind this year. Women have historically been under-represented in Super Bowl ads despite accounting for nearly half of the viewership. And even as the #MeToo movement gained steam in 2018, marketers in Super Bowl LII did little to make the Big Game feel more inclusive to both genders. Super Bowl ads where women played a modest role grew to 34 percent of the total in 2018, up from 21 percent the year prior, according to research firm ABX. But the percentage of ads where women played a "significant" role fell to 34 percent from 43 percent. Men were prominent in 72 percent of the ads. (It's worth noting that marketers have moved away from featuring women as sex objects or in stereotypical roles, like the nagging wife.)

That balance could be changing this year, with both Bumble and Procter & Gamble's Olay planning to run ads where women are front and center.

"In this year's Super Bowl, masculinity is taking a back seat," said Tim Smith, president, Chemistry. "It's about time we're seeing this shift away from the chest-beating cinematic, patriotic-type spots, and focusing on a more holistic viewership that the Super Bowl attracts."

Olay is looking to change the dynamic where female fans are unrepresented by Super Bowl marketers. Similarly, Bumble has tapped tennis star Serena Williams for a commercial focused on women making the first move in dating, friendship and business. The campaign, titled "The Ball is in Her Court," was developed, produced and led by a team comprised predominantly of women, according to the company.

It's safe to say the majority of marketers will be steering clear of political themes in their Super Bowl ads. While Super Bowl advertisers leaned into the political climate heavily in 2017 following the inauguration of President Donald Trump, most reversed course in 2018.

The reason: It is simply too easy to alienate a contingency of consumers.

Anheuser-Busch InBev specifically stated it would avoid anything political in Super Bowl LIII following the backlash it received for its 2017 spot that centered on Bud's immigrant roots at a time when the immigration debate was gaining steam. "I would never chase a political approach because of the buzz. When we did it a couple years back it was not intentional, but we did it because it was authentic," said Marcel Marcondes, AB InBev's U.S. chief marketing officer of the ad, which traced Adolphus Busch's arduous journey to America from Germany. "It was the story of our founder. We did not do it because of the debate."

As marketers look to avoid controversy, it is expected that humor will take the place of somber commercials or those with a more serious message. Over the last decade, nearly half – 49.2 percent – of Super Bowl ads have been humorous in tone, Villanova's Taylor said.

But "in the past five to seven years, we've seen a trend towards brands showing up with more somber ads, with a more serious tone," said Brett Craig, chief creative officer, Deutsch LA.

This year, we are already seeing more marketers favor the light-hearted: Avocados From Mexico is expected to keep up with its comedic themes; Colgate will feature Luke Wilson for a humorous spot promoting its Total oral care brand; and after taking a serious tone the past two years, Hyundai will pivot back to humor with an ad starring Jason Bateman.

"At its heart, [Super Bowl] is a national moment of fun and entertainment. So I think this year, we might see a return to the more humorous types of work that used to dominate the event," Craig said.

While there is typically a steady stream of first-time Super Bowl advertisers in any given year, there were a paltry three newcomers in the 2018. Already, Super Bowl LIII is on track to beat that very small number, with Procter & Gamble's Olay, Kraft Heinz's frozen food brand Devour, Bumble, Anheuser-Busch InBev's Bon & Viv Spiked Seltzer, a flavored malt beverage, and Pepsi's Bubly brand making their Super Bowl debut.