Part of Bid to Draw Ads to Video Site
READ THIS NEXT
Amp spotlight: Who really won the Super Bowl? 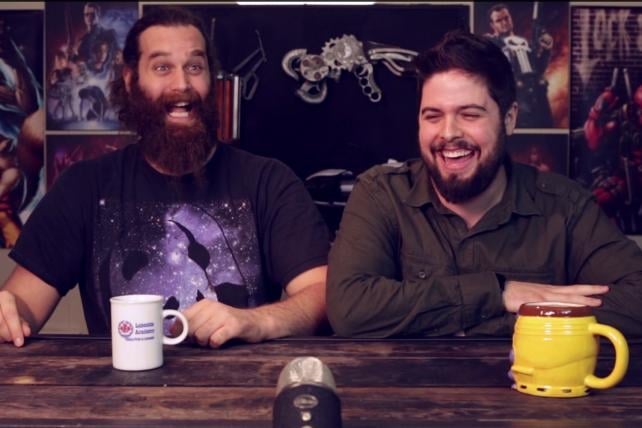 YouTube will offer a halftime show during the Super Bowl featuring some of its biggest online stars, part of a broader initiative to promote advertisements on the Google-owned video site.

Harley Morenstein, the ringleader of food stunt group EpicMealTime, will host the program featuring musical performances and stunts, while others will produce fake Super Bowl ads. The show will stream live on YouTube during the game, the year's most-watched television event, airing Feb. 1 on NBC.

YouTube believes the growing profile of online stars like Freddie Wong, whose main channel has more than 7.4 million subscribers, and Toby Turner will help them vie for attention with Katy Perry and Lenny Kravitz, NBC's halftime performers. More than 60 million people subscribe to the channels of the participating YouTube creators, some of whom YouTube has been promoting on billboards in major U.S. cities.

"It's a really good place to showcase our celebrities, our talent and our creators," Suzie Reider, managing director of brand solutions at Google, said in an interview. "It will be fun afterwards to see what was Freddie Wong's draw compared to Katy Perry and Lenny Kravitz."

YouTube will produce the program with Collective Digital Studio, a Los Angeles online video network that features many of the online stars. Ms. Reider described the show as counter- programming to what will be on TV, designed to appeal to viewers who care more about the ads than the game.

Fake Super Bowl ads
YouTube faces competition for video advertising dollars from Facebook and Twitter and it will use the halftime show and the advertising around it to demonstrate its value to top brands. This will be the seventh year that YouTube has mounted AdBlitz, a special channel hosting Super Bowl ads where people can vote for their favorites.

Advertisers give YouTube teasers of many of the spots in advance and then release the full versions after the ads air during the Super Bowl. People spent 6.3 million hours watching last year's Super Bowl ads on YouTube, the company said.

"YouTube is the place where people go to consume advertisements willingly," Mr. Wong said in an interview. "It's some capitalist dystopian nightmare."

Mr. Wong produced one of the fake commercials, a riff on advertisements for sugary drinks popular in the 1990s like Capri Sun and Sunny Delight. The spot begins with kids hanging out and "being rad," according to Mr. Wong, and then transitions to a far darker, effect-laden conclusion.

National holiday
Mr. Wong is best known for the Web series "Video Game High School," which began on YouTube and has since appeared on Netflix's streaming service and IAC/InterActiveCorp's Vimeo. Interest in advertising and the large, passionate fan bases for creators like Mr. Wong and Mr. Morenstein will draw viewers before, during and after the Super Bowl, Reider said. Even if people don't tune into the live stream, they can watch the ads -- both fake and real -- for weeks on end.

"The halftime show falls in nicely with this huge theme for us, which is the notion of brands as creators and the commercial as content," she said. "When you're an advertiser, your ad sits on YouTube next to a piece of content."