Syfy Bets on Social TV with Suite of Interactive Shows

Viewers Can Send Gifts to 'Opposite Worlds' Players, 'Hunger Games'-Style
READ THIS NEXT
TV Upfronts and NewFronts 2021 Calendar

Syfy is betting even more on social TV, adding some element of interactivity to nearly every new show it presented to advertisers and media buyers at its upfront on Wednesday.

"Defiance," the TV series starting April 15 and its complimentary video game, was the star of the show. But Syfy is already using "Defiance" as a model for its upcoming slate of programming. 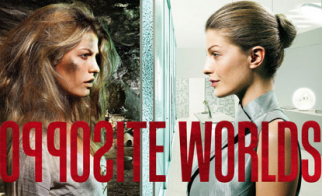 'Opposite Worlds' will ask viewers to influence the outcome live.

Syfy President David Howe said the network is focused on immersive entertainment that allows viewers to participate and become saturated in the content. To that end, it plans quarterly multi-media events starting next year, including "Helix," "Opposite Worlds," "Unbreakable," "Dominion" and the miniseries "Ringworld."

"Helix," a sci-fi thriller from "Battlestar Galactica" creator Ronald D. Moore, focuses on a team of scientists investigating a possible disease outbreak in an Arctic research facility and trying to protect the world from annihilation. The series will use the network's Syfy Sync app to let viewers explore the research lab in step with the events onscreen. The two-screen experience, called "Access Granted," will provide extra clues to the show's many secrets, clues that viewers won't get just from watching on TV.

On the reality front, Syfy is developing "Opposite Worlds," where 20 people are broken into two opposing teams -- one to live in a simulation of the past, the other in an imagined future. The future in this series is a utopia where every wish can be granted with a push of a button; the past is a constant struggle for survival. Each week, players compete in a series of challenges to determine who lives in which period.

"Opposite Worlds" will air live, letting viewers affect the outcome by sending players gifts, deciding who lives in which era and determining who goes home. Syfy likened it to a real-life "Hunger Games."

Other interactive experiences include Skyping with the contestants of "Unbreakable," an unscripted extreme endurance race; using Google Hangout chats to talk with the cast of "Fandemonium," a six-part docu-series that celebrates fan culture; visiting video blogs from the stars of "Cosworld," about cosplay, or costume play; and following the winner of "The Jim Henson Creature Shop" in an online web series after the conclusion of the competition show.

Syfy also said it is working with Jamie Foxx on an unnamed horror project that will give viewers the ability to select alternate endings.