'The Masked Singer' offers a glimpse at the future of Fox

Fast, cheap and under control
READ THIS NEXT
ViacomCBS introduces digital ad platform 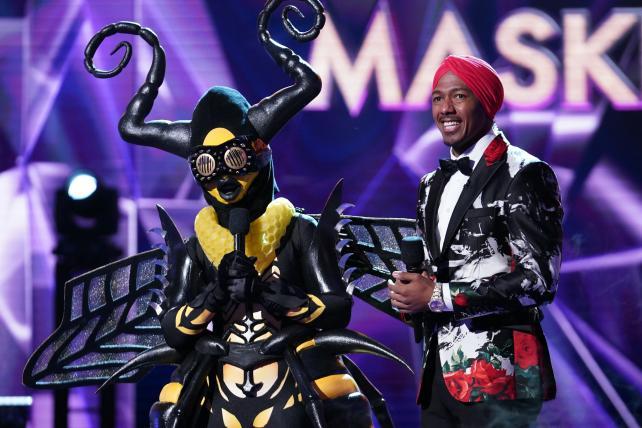 As much as live sports will generate the lion's share of commercial impressions for the revamped Fox, the Big Four broadcaster next fall will still be on the hook to program some eight hours of general-entertainment fare per week. And while Fox isn't getting out of the scripted TV business altogether, a new competition series is providing advertisers with an advance look at what the overhauled network will have to offer in the spring upfront bazaar.

A weirdly frenetic mashup of celebrity cosplay and lysergic talent show, "The Masked Singer" is the season's only true breakout hit. Since bowing on Jan. 2, this remix of a popular Korean format has averaged 7.7 million live-same-day viewers, of whom 3.17 million are members of Fox's core 18-to-49 audience. This makes "The Masked Singer" the highest-rated TV series among the demo most coveted by advertisers; when expressed in the time-honored decimal format, the show's 2.5 rating edges CBS' valedictory comedy "The Big Bang Theory" (2.3) and NBC's sudsy drama "This Is Us" (2.1).

Top 25 Primetime Broadcast TV Shows
Through Week 21 of the 2018-19 Season
Source: Nielsen live-plus-same-day data, Sept. 24, 2018-Feb. 20, 2019
(CBS ratings include STD averages in the network's A25-54 target demo)
*Comparisons for new series are made against the year-ago time slot occupants
† ratings for broadcast TNF packages do not include NFL Network simulcast data New series

Incidentally, those three are the only shows in 2018-19 that are averaging a 2.0 or better. Last year at this time there were a half-dozen broadcast series that posted a 2.0 or higher, and four years ago no fewer than 19 shows managed the same feat.

The biggest unscripted series to premiere in the last five years, "The Masked Singer" offers all the octave-spanning vocal theatrics of other popular music-oriented series with the sort of hyper-caffeinated goofiness that is often instrumental in generating buzz. Viewers who tune in to guess which celebrity crooner is belting out tunes while disguised as a bondage-gear bunny or a deer from a Hieronymus Bosch hellscape are also treated to the showbiz panel's hilariously inane banter. (After proposing that President Barack Obama may be lurking inside the garish Pineapple Man costume—the mystery celeb is later revealed to be the octogenarian stoner comic Tommy Chong—Jenny McCarthy is upstaged by Ken Jeong's suggestion that the Poodle is 85-year-old U.S. Supreme Court Justice Ruth Bader Ginsburg. Perhaps Tommy Chong is not the only one who's been sparking the bong.)

Fox's daffy new sensation leads a pack of other recent unscripted efforts that have caught the fancy of those who still watch ad-supported TV. Also earning its place among the season's highest-rated newbies are NBC's spinoff of its summer flagship, "America's Got Talent: The Champions," which averaged 10.1 million viewers and a 1.7 rating as a fill-in for the seemingly deathless "The Voice," and the Peacock's Dwayne Johnson-hosted "The Titan Games" (5.17 million viewers, 1.4 rating).

Naturally, not every freshman competition series is guaranteed to make a splash with viewers. After premiering in the plum Super Bowl LIII lead-out slot to 22.2 million viewers and a 7.0 rating, CBS' "The World's Best" has eked out a 0.8 in the 18-to-49 demo and a 1.2 among the 25-to-54 set. "The Masked Singer" is decidedly more popular with Gen Xers than is "The World's Best"; with a median age of 49.4 years, the Fox audience skews nearly 11 years younger than those who tune in to CBS during the Wednesday 9 p.m. time slot.

Beginning this October, Fox on Friday nights will air "SmackDown Live," a two-hour WWE wrestling showcase designed to attract a more apple-cheeked cohort of male viewers. Fox's current Friday night lineup scares up an audience with a median age just shy of 57—rather creaky given that any viewer who's reached the half-century mark is wholly invisible to the network's advertisers. Wrasslin' should bring those numbers down into the more mature end of the millennial spectrum.

The WWE show will nestle between Fox's "Thursday Night Football" package and its Saturday college football coverage, which eliminates the need for six hours of entertainment programming on the network's fall schedule. And because Fox isn't burdened by the necessity of broadcasting at 10 p.m., an hour that now delivers a paltry 0.8 rating across CBS, NBC and ABC, those three nights of live sports/sports-adjacent fare whittle its original series obligations down to the aforementioned very manageable eight hours.

The emphasis on sports is a function of enhanced reach and the fact that live content is a demonstrably more efficient platform through which to deliver advertising impressions. Eliminating the predations of the DVR from the media calculus automatically gives a live broadcast a significant advantage over pre-recorded shows, which bleed ad views in a direct proportion to the frequency with which they are time-shifted. In other words, those delayed-viewing numbers distributed by the networks are effectively useful only as a means with which to estimate the number of people who skipped, zapped or otherwise sidestepped the commercials.

If it's no secret that sports has been the lifeblood of Fox for the past decade, gaining prominence on the balance sheet as the killing machine that was "American Idol" grew slack in the teeth, it's impossible to overstate how much the stadium spectacles contribute to the network's deliveries. According to MoffettNathanson estimates, sports in 2018 accounted for 70 percent of Fox's commercial impressions, up from an already considerable 49 percent in 2011. And that's for the entire calendar year. Zero in on the fall, when the NFL and college football are in full swing and the World Series is in session, and sports serve up as many as 90 percent of Fox's GRPs.

Hits like "The Masked Singer" will only serve to accelerate Fox's Great Leap Forward, because there is nothing network bean counters love more than the cheapie unscripted show that outdelivers the overstuffed drama that costs as much as $5 million per episode to produce while bringing in only $2 million in ad revenue. If nothing else, the network's pilot orders would seem to reinforce the notion that budget-friendly spectacles will play a more prominent role on Fox's primetime schedule; after taking the wraps off just five new scripted series during last year's upfront presentation, the network currently has a dozen dramas and comedies in the running for 2019-2020. Three years ago, or two development cycles before the Nü Foxx scheme began taking shape, Fox had 21 pilots under consideration.

Assuming one of the upcoming competition series, "Mental Samurai" and "Spin the Wheel," does well enough to earn a return ticket to next season's lineup—and now that the average rating for all non-NFL programming is a 1.0, the bar is set at worm's-eye level—Fox's new entertainment capo Charlie Collier has room for a few new dramas to Tetris into the primetime grid alongside surefire renewals ("9-1-1," "Empire," "Star") and the pair of comedy pilots that were given straight-to-series orders. But however the ratio shakes out, in the absence of an in-house studio, Fox will be more beholden to the vicissitudes of the advertising market than any other network.

For what it's worth, one of the digital players most responsible for accelerating the destabilization of the ad-supported TV model seems to believe that the new-look Fox represents the future of broadcast.

"Within linear TV, New Fox appears to have a great strategy, which is to focus on large simultaneous-viewing sports and news," Netflix opined last fall in a note to shareholders. "These content areas are not transformed by on-demand viewing and personalization in the way that TV series and movies are, so they are more resistant to the rise of the internet.

"Other linear networks are likely to follow this model over time."

But Netflix's not-at-all disinterested assessment overlooks how more traditional programmers have worked to de-emphasize the importance of the hoary ad sales hustle. After having raked in billions of dollars in retransmission fees, syndication deals and other revenue streams directly reliant upon studio provenance, CBS has shifted from a business that was fundamentally in thrall to commercial bucks to a company that thrives on the back end. Last May, CBS announced that ad-sales revenue accounted for just 46 percent of the overall dollars it had raked in during the previous quarter, a far cry from the 72 percent chunk that sponsors contributed in 2010.

That CBS began restructuring its revenue pipeline well before its own ratings began to Costanza makes it an outlier of sorts among its broadcast rivals. In being far less beholden to its nightly deliveries, the Tiffany network now has greater latitude to renew shows that only a few years ago would have been remanded to the meat grinder. The otherwise underwhelming "Magnum P.I." reboot was re-upped last month largely because CBS Television Studios is the lead producer of the show, while the more respectable draw that is "FBI" was a shoe-in for a second season thanks to CBS' understandable interest in wanting to remain in the Dick Wolf business.

None of which is to say that "FBI" is some kind of slouch—per Nielsen, the procedural is the season's third highest-rated new drama. But with an average draw of a 1.6 in CBS' dollar demo, or around 1.9 million adults 25-to-54, "FBI" is a stark reminder of how the the ratings goalposts are constantly shifting. Just four years ago, CBS pulled the plug on the Kevin Williamson crime drama "Stalker" after the show averaged a 2.7 in the currency—good for some 3.25 million commercial impressions care of the adults 25-to-54 crowd. At this particular moment in the history of television, those deliveries would justify a renewal before Columbus Day.

Given the leverage that content ownership affords while hashing out distribution deals in overseas markets and with the streaming services, outright cancellations are going the way of the daytime soap opera. For all that, even CBS is not entirely immune from the creeping paralysis of the legacy and-now-a-word-from-our-sponsors model. Advertising is largely a function of conditioning, and many of the imperatives that made the TV model effective have been eliminated. Or to couch it in our meme-drunk vernacular, "Not great, Bob!"