In China, Local Touches and Korean Star Drive 'Share a Coke' campaign
READ THIS NEXT
How restaurant chains are duking it out to be the best in their categories 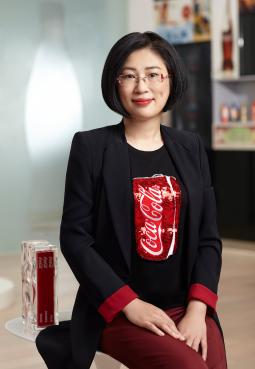 Ms. Lu, one of Ad Age's Women to Watch China 2014, spent two years in South Korea before returning to China as senior marketing director for sparkling beverages in January 2013. During her Seoul stint, she gained valuable knowledge and experience with trends shaping Korea, a hotbed of innovation in marketing, entertainment, gaming and technology. Now, back in China, she's adding local tweaks to global ideas, and just signed a young Korean heartthrob entertainer to be the face of Coke in China.

K-pop, as Korean pop music is known, "is a very interesting model of marketing that can apply for a lot of our brands," said Ms. Lu. "It was valuable to learn from K-pop marketing about how to engage with fans and see how can we lead the China market to this change."

Korea's music industry sources global ideas, then focuses on strong local relevance and a finely-tuned process for training stars, she explained. Content is designed to be easy for fans to participate and engage with, as different songs are released and promoted for individual markets.

"They may have a Thai version, for songs with input from Thai stars distributed through Thai social media, to make sure the content is influential. For example, there are actually many different versions of Psy's 'Gangnam Style' hit single," Ms. Lu said.

She employed that tactic of savvy localization with a pop culture twist to "Share a Coke," an ongoing international campaign also popular in the U.S. this summer that swaps the brand logo on Coke bottles sold in stores with common local first names like 'Matt' and 'Tom.' Users are then invited to create virtual personalized bottles on social media and share them, using the hashtag#ShareaCoke. That didn't quite work in China, where Coke instead used popular social media nicknames like "cool dude" rather than real names in a partnership with the Chinese microblogging giant Weibo.

"There are too many Chinese names to make the original idea work, but also, this approach importantly allowed us to have the social dialog at the heart of the campaign," she said.

Ms. Lu's role in Seoul was shaping strategy for Coca-Cola's still beverages like waters, juices and teas. She made her name in that area in China, where she played a pivotal role in the growth of Minute Maid Pulpy, the first billion-dollar Coca-Cola brand to emerge from China. 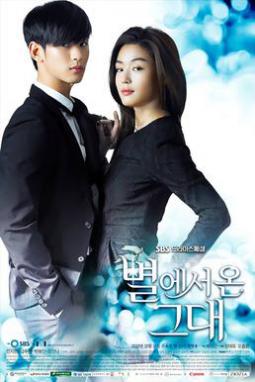 In another move, Coke has tapped Ms. Lu's network of relationships in Seoul to put together a celebrity endorsement deal with actor-entertainer Kim Soo-hyun, the biggest Korean star in China. He just played the lead role in a wildly popular South Korean fantasy romance series called "My Love From the Star" as an alien with super powers who landed on earth and, fast forward 400 years, fell in love with an actress who reminded him of a long-lost love.

Mr. Kim, who has endorsed everything from pizza to laptops back in South Korea, is now starring in a Chinese Coke commercial that broke in July. In the ad, he hops on a bus, and catches the eye of a young passenger, who pretends to pull a bottle of Coke off a passing billboard, and mimics sharing it with him. Just as he is about to get off, he pulls out a real Coke bottle, and the girl follows dreamy Mr. Kim off the bus. To share a Coke, of course.

The Women to Watch Questionnaire:

Best advice you've ever gotten: My university background was biophysics...During my interview at Unilever, the interviewer (who becomes my mentor later) advised "Ask yourself what you really like? Find something that excites you--that will create the feeling of 'tap dancing to work' every day.

Biggest change you've seen in the industry: The individual is the influencer, with incredible power to sway opinion, start a movement and even co-create the brand together.

If you could have dinner with anyone, who would it be: Dr. Louis Cha, the finest Chinese wuxia ("martial arts and chivalry") writer.