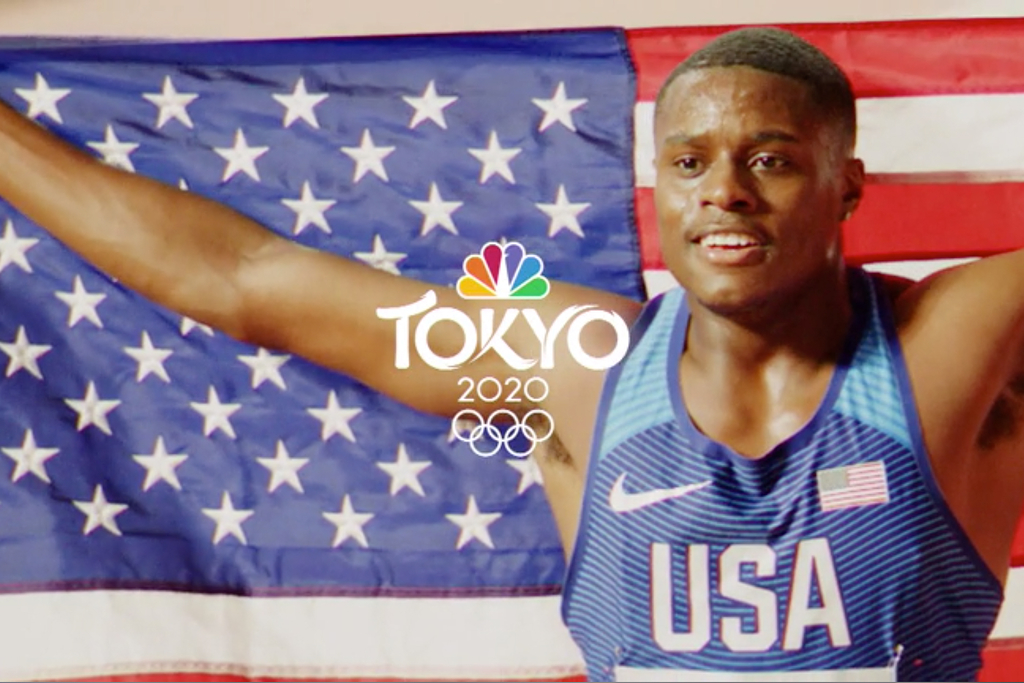 NBC is getting an early start on sparking up the Olympic promotional torch, and it’s looking to its “Sunday Night Football” showcase to provide the requisite heat.

The network this weekend will bow a 15-second spot featuring Team USA sprinter Christian Coleman, who can be seen blasting off from the goal line at Neyland Stadium, home of his Tennessee Volunteers. The 23-year-old speedster last month was crowned the world’s fastest man during the World Athletics Championships in Doha, Qatar, a title formerly held by eight-time Olympic gold medalist Usain Bolt of Jamaica.

Commensurate with Coleman’s blazing speed on turf and track, the new Tokyo 2020 spot clocks in at a breakneck 15 seconds. It will premiere during the halftime break of Sunday’s Patriots-Ravens game.

The creative itself is made even more relevant for the “Sunday Night Football” audience by way of the 40-yard-dash times that dart across the screen as Coleman takes his mark between two traffic cones. Before the gun sounds, the viewer is reminded that New York Giants sensation Saquon Barkley ran a 4.40 dash in the 2017 NFL Combine, a result that didn’t quite live up to the Olympian 4.25 Tyreek Hill ran at a Nike Sparq Camp in 2013.

Hill is now enjoying his fourth season as a winged-foot deep threat for the Kansas City Chiefs, and he’s probably the fastest guy in either Kansas or Missouri. But Christian Coleman makes Hill look like he’s standing still, which is why the 4.12 that Coleman ran two years ago at his alma mater is isolated from the rest of the scores that came before it. And it’s that sort of blistering speed that makes NBC so hot on Coleman as a face of the American track and field effort—he’s expected to share quite a bit of screen time with 22-year-old Noah Lyles, who just won the gold for the 200-meter event at Doha—and a must-see addition to its deep bench of Olympic talent.

And that’s just the appetizer for track. NBC also can look forward to American gymnast Simone Biles’ attempt to somehow best her mesmerizing performance in the 2016 Rio Games; while in the pool, Katie Ledecky will look to display Phelpsian dominance over the international field on the heels of having recently smashed the 400-meter freestyle record.

Football fans should keep their eyes peeled for subsequent Olympics hype in future “Sunday Night Football” broadcasts and across other select broadcast assets. With a little more than 200 days to go before the opening ceremony lifts off from Tokyo’s New National Stadium on July 24, NBC has plenty of time to get Americans familiarized with the athletes and their storylines.

“Every four years, we introduce the American public to the Olympians competing in the upcoming Games, much like a new show launching with their stars,” says Jenny Storms, chief marketing officer and executive VP of content strategy, NBC Sports Group. “We have an amazing ability to do that by utilizing the massive audiences of NBCU and properties like ‘Sunday Night Football,’ and, in this case, by making the connection between the world’s fastest man and the NFL’s all-time fastest players.”

Storms adds that while the majority of “Sunday Night Football” viewers may be hearing about Coleman for the first time when the spot airs, she believes the contextual relevancy of the set-up will serve to “establish a powerful connection” for football fans.

Clearly, there is no more advantageous spot for NBC to make that connection than in its primetime NFL window. Through the first eight weeks of the season, “Sunday Night Football” is averaging 19.7 million viewers and an 11.3 household rating, good for a 5 percent improvement compared to the year-ago period.

The broadcast is also beating all comers in prime in the dollar demo; according to Nielsen, NBC’s pro football package is currently averaging a 6.7 rating, which translates to around 8.67 million adults 18-49. (By way of comparison, TV’s top-rated scripted series, the NBC drama “This Is Us,” is drawing a 1.6 in the demo, or some 2.1 million adults under 50.

The 2016 Rio Olympics on NBC posted a total-audience delivery of 27.5 million viewers per night, making it the second most-watched summer games to be held outside the U.S. Back in July, as NBC began its one-year countdown to Tokyo, NBC Sports ad sales chief Dan Lovinger said the network was on track to surpass the $1.2 billion haul it commanded during the Rio Games.