The fee will lower to 15% for developers who produce as much as $1 million in annual revenue from their apps and those who are new to the store
READ THIS NEXT
Facebook, Twitter CEOs to face Republicans furious about Trump loss 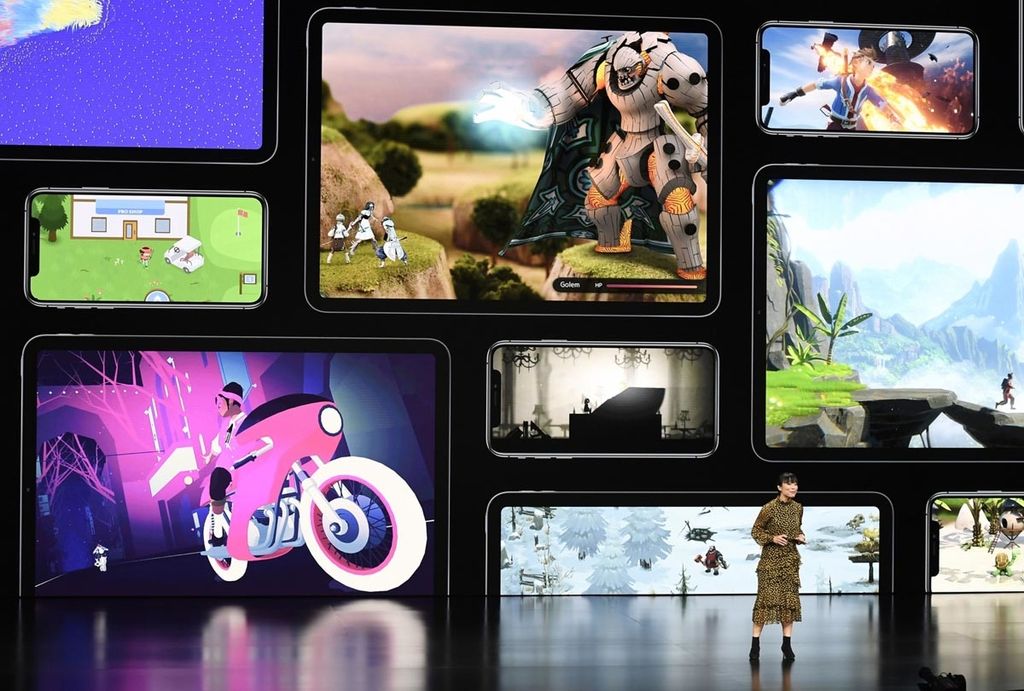 Ann Thai, director of product management for the App Store at Apple Inc., speaks during an App Store event at the company's Steve Jobs Theater in 2019.

Apple is cutting by half the fees charged to most developers who sell software and services on the App Store, marking the biggest change to the store’s revenue structure since the iPhone maker launched the service in 2008.

The company is lowering the App Store fee to 15% from 30% for developers who produce as much as $1 million in annual revenue from their apps and those who are new to the store. The change will go into effect Jan. 1 as part of an App Store Small Business Program, Apple said Wednesday. The new structure will apply to the “vast majority” of developers who charge for apps and in-app purchases on Apple’s devices, according to a statement. It won’t affect major apps, such as those from Netflix and Spotify Technology SA.

The Cupertino, California-based technology giant said it’s making the change to help small developers financially and to provide a way for them to invest in their businesses amid the economic struggles caused by the COVID-19 pandemic.

Apple has faced ongoing scrutiny from government regulators and criticism from developers about the percentage of revenue it takes for App Store purchases. The company also is engaged in a lawsuit with Epic Games, the maker of the video game Fortnite, over its App Store fees and payment rules. Alphabet’s Google also charges similar fees to developers on its Android app store.

The changes failed to appease one of the more vocal small developers who relies on Apple’s ecosystem. “If you’re a developer making $1m, Apple is STILL asking to be paid $150,000, just to process payments on the monopoly computing platform in the US. That’s obscene!” Basecamp Chief Technology Officer David Heinemeier Hansson wrote on Twitter:

BUT WHAT DO YOU WANT FROM APPLE!? Simple:

1) The choice to use a different payment processor, so we can have competition. Monopoly platform can't mean monopoly payments.

2) The right to tell customers that our software is for sale, without linguistic contortions.

In June, Apple blocked an update to Basecamp’s Hey email app after the developer refused to implement a way to sign up in the app, which would have given Apple up to 30% of its revenue from the App Store. After the developer complained publicly, Apple said the app could stay as long as it followed other app-review guidelines.

Spotify, which has complained about Apple’s App Store fees and rules to the European Union’s antitrust agency, didn’t immediately respond to requests for comment.

The EU is probing Apple for forcing software developers to use its in-app payment system, which effectively imposes its fees on many services using the App Store to reach consumers. While officials have said they aren’t targeting the amount that Apple charges, the focus on the payment system could also compel Apple to offer alternative payments providers to developers. The European Commission didn’t immediately respond to a request for comment on Apple’s fee reduction on Wednesday.

Income from app developers has been key to Apple’s growing services business, which reached almost $54 billion in revenue in fiscal 2020. The App Store is one of several products and offerings that make up the services unit, but is the biggest revenue driver, according to Toni Sacconaghi, an analyst at Sanford C Bernstein. He estimates the App Store alone will bring in $18.7 billion in 2021, about a third of Apple’s total services revenue next year.

Apple has said there are 1.8 million apps in the App Store across all of the company’s platforms and more than 28 million registered developers. The company said earlier this year the store has generated $155 billion for developers since it started.

Since the beginning of the App Store, Apple generally has charged developers a 30% slice of revenue generated by their apps. In 2016, Apple lowered to 15% the cut it takes from subscriptions purchased through the apps for more than a year. Earlier this year, Apple also loosened restrictions on some cloud-gaming apps and email services, charging a fee to fewer developers.

CEO Tim Cook testified about the company’s App Store practices at a July hearing before U.S. lawmakers. In advance of Cook’s appearance, Apple published a study that claimed its 30% cut is normal for the industry or lower than some app stores.

Apple’s standard 30% fee will remain for developers that generate more than $1 million in a calendar year.

“We’re launching this program to help small business owners write the next chapter of creativity and prosperity on the App Store, and to build the kind of quality apps our customers love,” Cook said in a statement. “The App Store has been an engine of economic growth like none other, creating millions of new jobs and a pathway to entrepreneurship accessible to anyone with a great idea.”

The change will take place across App Stores on the iPhone, iPad, Mac, Apple TV and Apple Watch. The company has said that 85% of apps found on the App Store are free and aren’t part of the revenue fee system.

Small developers make up the majority of App Store sellers. Some major apps, such as those offered by Netflix and Spotify, don’t let subscribers sign up through the App Store, avoiding the 30% charge. Apple’s new fee program reductions won’t lure those subscriptions back because the popular apps generate far more than $1 million annually.

Apple is betting that the fee change will result in developers creating more apps and sticking with the App Store, which will create enough new revenue to offset any potential financial negatives from the fee reductions.

U.S. Justice Department lawyers have probed the rules that govern Apple’s App Store, and at least one developer was asked about the 30% fee.