Company wants to be more of a fashion platform and less of a producer
READ THIS NEXT
Brian Lesser, former CEO of AT&T's Xandr ad unit, joins InfoSum board 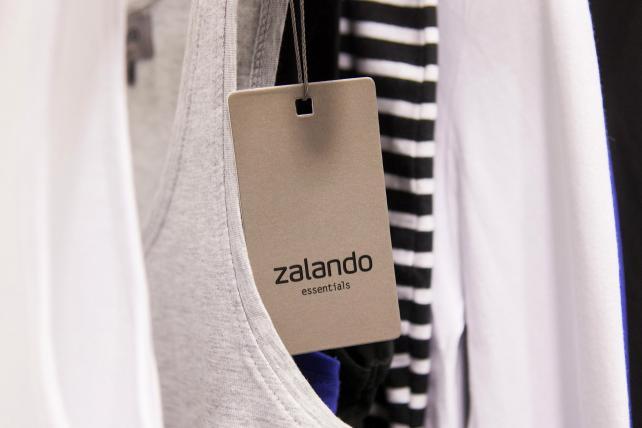 A label hangs from an item of women's clothing in the
Credit: Krisztian Bocsi/Bloomberg

Zalando is paring its roster of private-label clothing and shoes in a quest to woo more established brands to a lineup that already includes the likes of Nike, Adidas and Hugo Boss.

Europe's biggest online fashion platform has cut more than a third of 18 in-house labels for everything from coats to children's wear, and the remaining ones are under review, according to co-Chief Executive Officer Rubin Ritter.

"We want to list essentially everything, we want to incentivize brands to go all-in with us," Ritter said Friday in an interview, adding that reducing private labels is a "small price to pay."

The move is a reversal for Berlin-based Zalando, which had been talking up the prospects of its in-house labels and their attractive profit margins. It also contrasts with the strategy of smaller rivals Asos Plc, about half of whose business comes from private labels, and Boohoo Group Plc, where the share is about 90 percent. Amazon.com Inc. has also created dozens of in-house apparel brands.

Zalando wants to boost the annual worth of its shipped merchandise to 20 billion euros ($23 billion) within five years. While in-house brands will remain a sizable part of its business, Zalando will focus on them in shoes and some basic apparel, Ritter said. Frankfurter Allgemeine Zeitung reported earlier that Zalando was shrinking the private-label business.

Almost a decade ago, Zalando noticed that customers were leaving its website because they couldn't find certain goods. The retailer responded by hiring designers, who churned out as many as 20,000 pieces per year, and making its own apparel at factories in Asia, Portugal and Turkey.

"Instead of saying we're the best in producing fashion and we want to do that ourselves, our job is to make sure brands can get to the consumer really fast through our platform," Ritter said.

While analysts predicted harder times for Zalando after Amazon's private-label push, some of the retail giant's brands aren't doing well, according to a report by research firm Jungle Scout.

Ritter said that instead of seeing private labels as a driver of growth, the company will use them to fill "white spots" not served by its many brands, even if that comes at the expense of some attractive margins.