Post-SXSW, a Brief History of 'Indie' -- and Why Marketers and Media Companies Love It So | Ad Age
Skip to main content
Sign In Register

Post-SXSW, a Brief History of 'Indie' -- and Why Marketers and Media Companies Love It So

In the Era of Evaporating Margins, True Indies Can Offer a Master Class on Survival
READ THIS NEXT
Maybe your company should hire a Chief Sanity Officer

1989: Indie Lives! And Dies! Miramax releases Steven Soderbergh's low-budget Ur-indie film "Sex, Lies, and Videotape" -- yay indie! -- but its international box office success prompts a gold rush of studios in search of the next indie gem in the rough, beginning the transformation of indie-film festivals like Robert Redford's Sundance into schmoozefests increasingly populated by industry vultures.

1991: Indie Lives! And Dies! Nirvana, previously on Seattle indie label Sub Pop, goes all blockbustery with "Nevermind," its major-label debut. Big Music not only goes on a spending spree in search of the next Kurt Cobain, but spends millions snatching up indie labels, many of which continue to pretend to be indie. Corporate radio chases after both "indie" and "alternative" bands, conflating the two, resulting in non sequiturs like multiplatinum indie bands and Top 40 alternative music.

1994: Indie Is Dead! Indie rocker Beck, who signed to (no kidding) Bong Load Custom Records in 1993, re-releases his iconic single "Loser" ("I'm a loser, baby / So why don't you kill me") on his major-label debut "Mellow Gold" -- and somehow manages to maintain his indie aura (in part because his Geffen Records deal allows him to continue to release music with certain indie labels) even though he becomes a multiplatinum superstar.

1995: Indie Lives! Pitchfork Media, which would become the ultimate indie-music tastemaker of the 2000s, launches.

1996: Indie Lives! Indie Is Dead! The Sundance Channel is launched -- backed by, yeah, Robert Redford and his nonprofit Sundance Institute, but also Universal Studios and Showtime.

SXSWi, come to think of it, echoes the earlier indie-music gold-rush and indie-film gold-rush phases of SXSW.
1999: Indie Is Dead! Miramax's "Shakespeare in Love" beats "Saving Private Ryan" for Best Picture Oscar -- and suddenly everybody is paying attention to the bare-knuckle, big-budget Oscar campaigns Miramax wages.

1999: Indie Is Dead! Former hardcore punk rocker Richard Melville Hall -- aka Moby -- releases "Play," a blockbuster album of catchy electronica, then proceeds to make history by licensing every single track on the record. (In 2002, Ethan Smith writes in Wired that "The dozen and a half songs on 'Play'... have been sold hundreds of times for commercials, movies and TV shows -- a licensing venture so staggeringly lucrative that the album was a financial success months before it reached its multiplatinum sales total.")

2002: Indie Lives! Indie darling Conor Oberst of the Nebraska band Bright Eyes takes the No. 1 and No. 2 spots on the Billboard Hot 100 singles chart with, respectively, "Lula" and "Take It Easy (Love Nothing)" -- both released by Saddle Creek, the Nebraska indie label he co-founded.

2003, 2005: Indie Lives! "Lost in Translation" and "Brokeback Mountain" do boffo box office for Focus Features. (Uh, never mind that Focus is a division of Universal.)

2005: Indie Sputters! The Brothers Weinstein, Harvey and Bob, leave Miramax and forge off on their own with The Weinstein Co., backed by big bucks (but it never recaptures the early magic of Miramax). 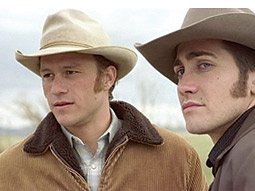 2008: Indie Is Dead! Cablevision buys the Sundance Channel for half a billion dollars.

2010: Indie Is Annoying! Geeks and VCs bigfoot SXSW, with the interactive portion of the shindig overshadowing the film and music conferences. Blame Twitter (which first really blew up big in 2007 at SXSW) for creating a tech gold-rush atmosphere at SXSW -- which, come to think of it, echoes the earlier indie-music gold-rush and indie-film gold-rush phases of SXSW.

So what, you may be wondering, does "indie" even mean anymore circa 2010? I was wondering that myself last week when I happened to have a conversation with Bryn Boughton, the chief marketing officer of San Francisco-based IRIS Distribution, a boutique digital distributor that works with 700 indie labels -- some obscure (e.g., Acid Tongue, Worried Rainbow), others legendary and culture-changing (e.g., K Records and Ninja Tune). We spoke as Boughton was about to depart for Austin to attend the music portion of SXSW, which began on Wednesday.

Some key takeaways from our conversation:

Basically, in the post-unit-sales, file-sharing era, indie music is ever more about marketing. The music, in fact, becomes marketing for an event (e.g., a concert) or merchandise (e.g., a T-shirt) and/or marketing for a third-party product (e.g., a Scion xD). Marketing isn't just the driver of the indie business -- in many cases it is the business. (IRIS, by the way, has an interactive-marketing offshoot called BinkerActive.)

And here we come full circle: In the '90s and '00s, Corporate Media developed a crush on "indie" and lavished money on all manner of Next Big Things. But now that Corporate Media is seeing margins evaporate, the real appeal of indie -- efficiency -- functions as a sort of master class on survival. If you want to cheaply connect with audiences, pay attention to indies.

In other words, learn how to do it quick and dirty -- something true indies have known how to do from the start -- or die.

~ ~ ~
Simon Dumenco is the "Media Guy" media columnist for Advertising Age. You can follow him on Twitter @simondumenco.