How to reach the elusive ‘ad-aware’ consumer

As consumers have gotten savvier and technology has grown more advanced, digital marketing has evolved as well. Of course some things never change; banner ads still command a large percentage of advertising budgets, and bad campaigns still get sidelined and blocked. But we know more about consumers now than we ever have before, and there’s a particular segment that is extremely valuable if you take the time to seek them out. They're the ad-filtering users. These users are “ad-aware,” meaning that while they have an ad blocker installed, they consent to light, nonintrusive advertising and are more likely to be receptive to brand messaging.

Remember the early days of the internet when colorful, obnoxious banner ads could command click-through rates around 44%? Numbers like that seem like a complete fantasy now, but it's because the audience has grown up. The all-important 16-44 age demographic is nearly all digital natives, fully adept at finding exactly what they're looking for and, on the flip side, ignoring or completely blocking what they aren’t looking for.

The concept of banner fatigue has been around since the ’90s, but banner-blind (standard users) users have become even more impervious to static ads in the decades since.

Unlike these users, the non-addressable users have actively downloaded ad-blocking technology or browser extensions to remove ads completely, and they would view any form of advertising that circumvented that barrier as a violation of their space. That would reflect negatively on your brand.

But that third category of user—the ad-filtering, ad-aware users—is an elusive group that has purposefully curated its online experience to block the most invasive advertising, but has left its filters open for new opportunities, and information. In the United States, these ad-aware users account for some 21 million sets of eyes (18% of the 16-44 age group), and they are the audience you can't miss out on.

In the past, ad blocking was binary—you either blocked all or nothing. But over time, as ad-blocking software allowed filtering, more users began consenting to certain types of advertising. When you install an ad blocker (Adblock Plus or ad blockers that partner up with Acceptable Ads) on a browser like Chrome or Firefox, there is a description of what an ad following the Acceptable Ads Standard is, along with an explanation of how you, the user, can participate in the value exchange. More than half of Americans polled said they would prefer filtering ads rather than blocking them, and—incredibly—up to 94% of users allow filtering when asked in this way. These users want some advertising, but they're just savvy enough to impede the flow of intrusive or irrelevant ads.

As a bonus, these users are the ones who are more likely to go on social media to comment and engage with brands that they're interested in. When they see a marketing campaign they're intrigued by, they are purposeful in their clicks and searches. They're essentially microinfluencers, and if you can reach them, their interactions will be organic.

So, how do you get through to these unique users who could potentially be your target audience? Finding them individually or in small cohorts is difficult. This is the problem we set out to solve—to bridge the gap between advertisers and this ad-filtering audience.

Last year, we conceived Trestle as an advertiser solution to reach these users. We sought to improve the value exchange between users, publishers and advertisers by enabling advertisers to engage with these hard-to-reach audiences at scale. Acceptable Ads allows ad-filtering users to see lighter, nonintrusive advertisements that adhere to the standards researched and set by the independent Acceptable Ads Committee.

We started reader-testing Trestle this summer and the results are very promising. It's important to remember that the consent of this third segment of ad-filtering internet users is key. If advertisers respect their wish to have a less-commercialized, less-cluttered ad experience, this audience will respond with organic interest and engaged consumerism.

Essentially, the best way to earn an “in” with this audience—which accounts for some 225 million users worldwide—is to listen and consider the kind of ad experience they're open to. They've already told us they're open to considerate, unobtrusive ads in a less-commercialized environment. Let's go out and give it to them.

Putting you in control of a fair and prosperous internet.

eyeo is dedicated to empowering a balanced and sustainable online value exchange for users, browsers, advertisers and publishers. By building, monetizing, and distributing ad-filtering technologies, we create solutions that allow all members of the online ecosystem to prosper. Our ad-filtering technology powers some of the largest ad blockers on the market, like Adblock Plus, Adblock and Adblock Browser, and is distributed through partnerships to millions of devices. We are constantly innovating to meet the expectations of the changing online world, with privacy solutions such as Crumbs, our white label browsers for distribution partners, and the Acceptable Ads Standard, which reaches over 225 million users. 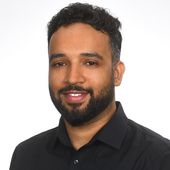 Aditya is General Manager of Trestle at eyeo, heading the Acceptable Ads' advertiser solutions. Over the past decade, Aditya has worked closely with many global publishers, advertisers and ad tech solutions. With his deep understanding of the digital media landscape, he spotted a widening gap between digital marketers and ad-filtering users and has since worked on building solutions that will help advertisers reach these high-value audiences. His expertise makes him a true thought leader in the field of ad tech and ad blocking.