How brands are using sports Twitter to connect with NFL, NBA and MLB fans | Ad Age
Skip to main content

How brands are using sports Twitter to connect with NFL, NBA and MLB fans 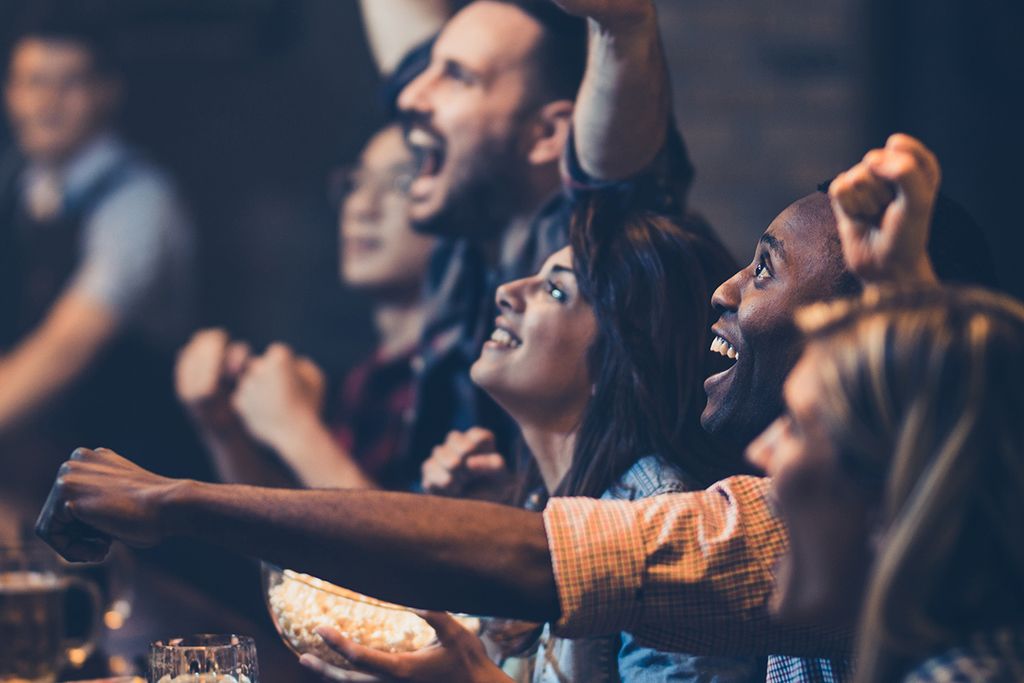 Sports are back, and while the stadiums may be quiet, Twitter certainly isn’t. As old fans return to see their favorite teams and athletes compete, new kinds of sports fans are emerging from the fray to join the conversation.

You never know what you have until its gone, NEVER knew I'd miss sports this much.

We set out to understand how fans’ behaviors have changed during lockdown and the role Twitter plays in helping brands build meaningful connections with people. Here’s what we found.

With many leagues restarting, people on Twitter are embracing the return of sports in a major way. In fact, 70 percent of the general population say they would engage with sports that they never would have followed before COVID-19. This number jumps to 83 percent of people on Twitter, giving brands even more of a reason to connect to the sports conversation where it’s happening. 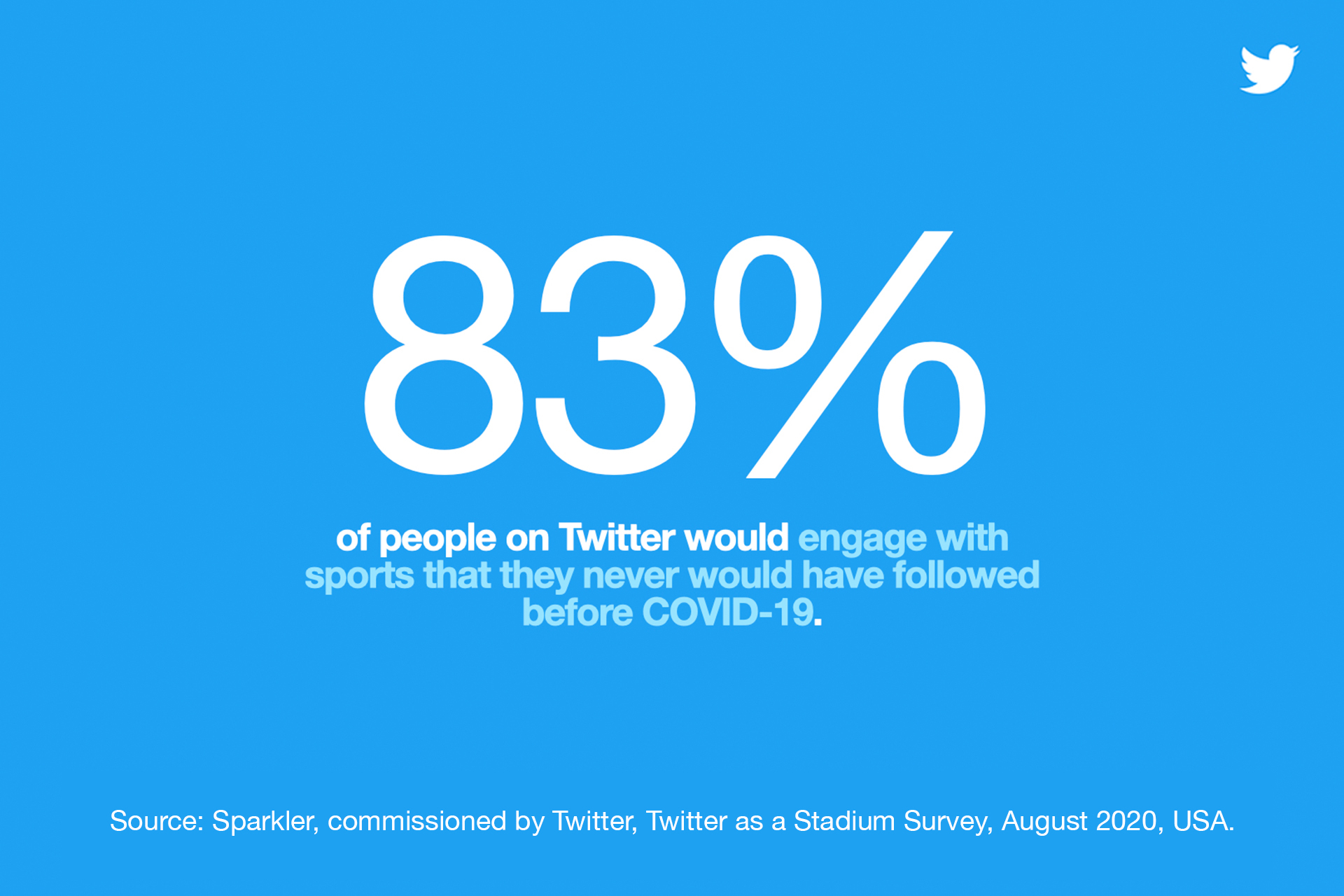 A new, more diverse group of sports fans is coming out of left field. That means brands will need to throw out the old playbook and come up with new ways to connect with people who are hungry for the real-time action happening on Twitter. There’s no doubt—sports fans have evolved. If brands want to compete, they’ll have to as well.

No stadium? No problem

Twitter has always given fans a place to go during the game, whether it’s tailgating from their kitchen, cheering from their couch or supporting their favorite athletes from the comfort of their home. Today, that energy has exponentially shifted as fans bring even more energy and attention to their timeline. Nearly three-quarters of people surveyed on Twitter (74 percent) agree that the platform helps make up part of what they’re missing when they’re unable to attend a sports event in person or watch it at a bar with friends or family. Passionate fans look to Twitter to be entertained and connected while tuning in to the big game. 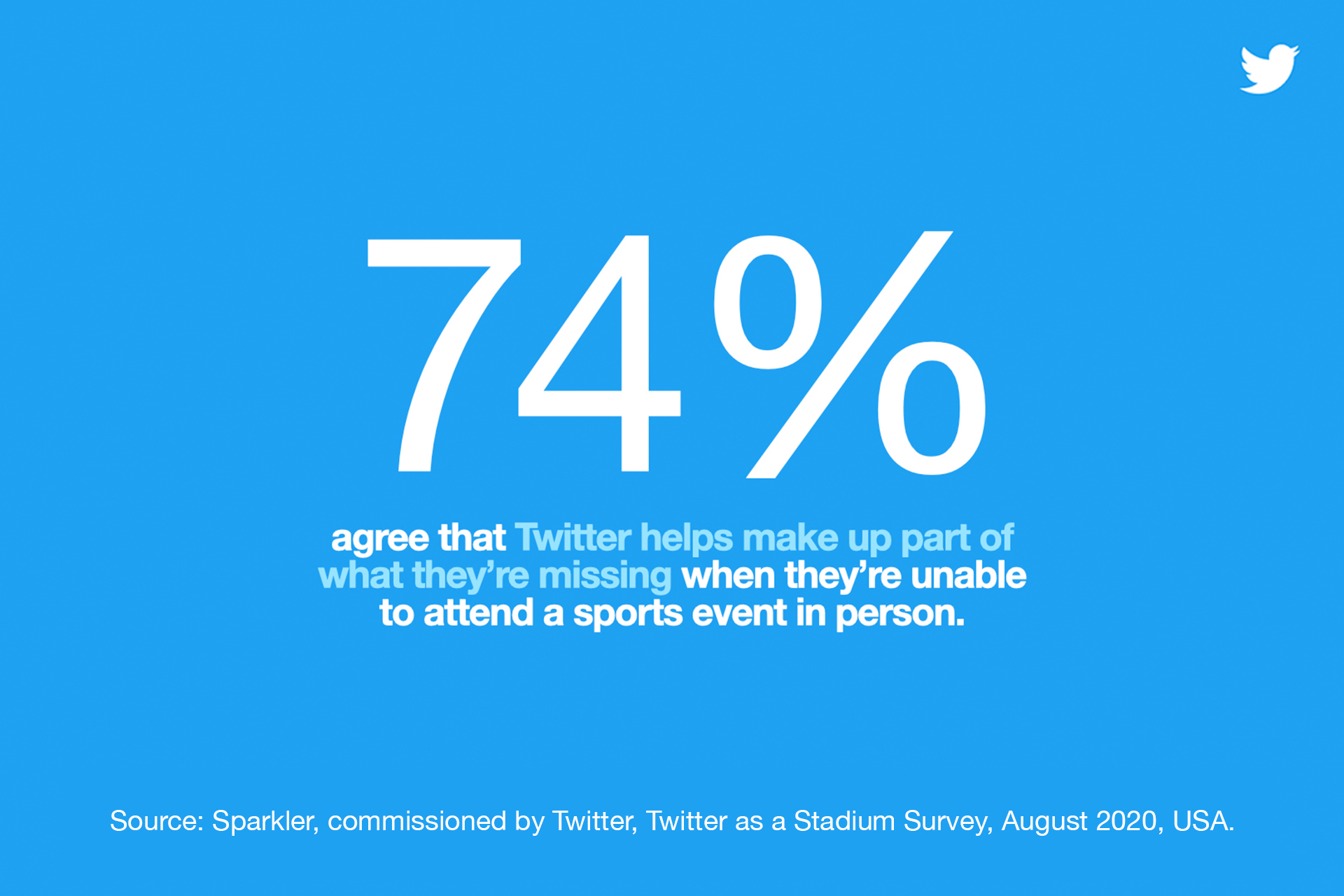 Brands: Get in the game

With sports’ triumphant return, fans are turning to Twitter more than ever—and leaning on brands to help make connections. More than three-quarters (78 percent) of people on Twitter agree that brands should try to bring sports fans together while they can’t go to the stadium or watch together in person. For brands, this is an opportunity to connect with events that matter to people and build relevance with new sports fans. 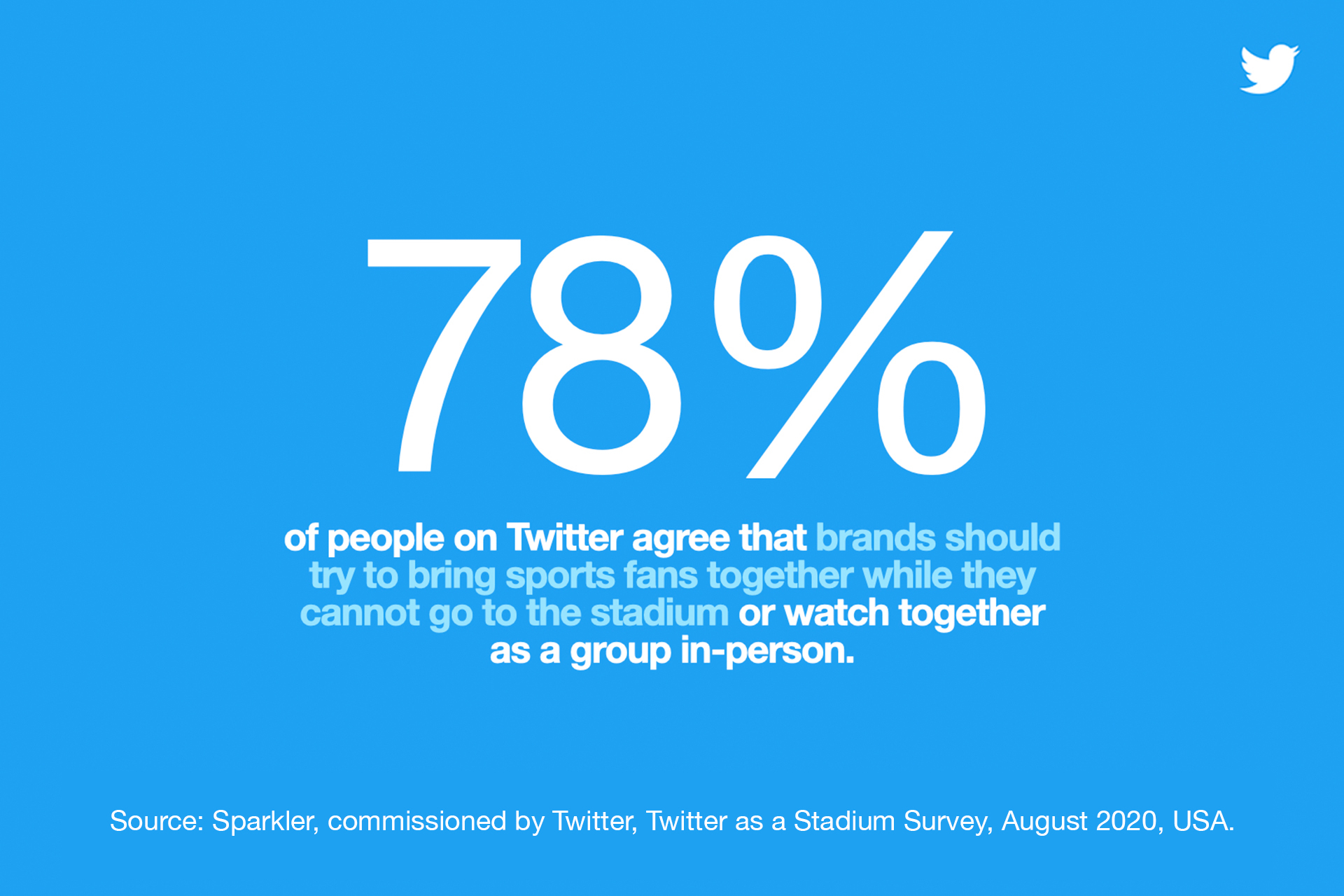 The epic return of sports is a massive cultural moment. Fans are welcoming back their favorite teams and athletes in exciting and sometimes surprising ways, and now they’re ready to hear from their favorite brands as well. This is the time to get back in on the action and join the fans where they’re at—in the roaring, explosive stands on Twitter.

The article “Meet the new sports fans in the Twitter stands” first appeared on Marketing.Twitter.com 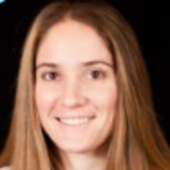 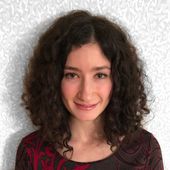