Why social media is the new virtual live venue

Each year around this time, digital publishers and tech platforms typically announce their content plans for the year ahead. These annual upfront and NewFront pitches are a bid to partner more closely with agencies and advertisers to reassemble audiences across the ever-changing video landscape. That process, like many things right now, will look different this year.

Adjusting to the new normal will take time, and many are understandably cautious as we work together to find the way forward. At Twitter, we believe the focus needs to be on connecting people during this period of change, serving the public conversation in an accurate and informative manner.

For example, we’re finding that every day people turn to Twitter to stay informed, entertained and connected. That number continues to increase—in the first quarter of 2020, monetizable daily active users (mDAUs) increased by 24 percent year-over-year to 166 million—especially as people turn to video content to find a sense of normalcy through entertainment. It’s no surprise then that we have seen a 95 percent increase in daily video views over 18 months.

Social media is the platform to connect to what’s happening. So when something takes place that completely disrupts the way in which people live their lives each day, what happens? Those people come together online to find the content that matters most, in the moment that is most important to them.

As we wait for sports to resume, events to reconvene and production schedules to reboot, social media is seeing unique trends in engagement and a shift in what premium means to fans. At the same time, it’s important that the content of today (and the future) is no longer solely delivered in traditional ways.

At Twitter, we’re able to share that content through Amplify, our ad product that brings video from top media publishers, broadcasters, sports leagues and entertainment companies directly to fans. This product delivers content every day from the publishers to people’s timelines—based on their individual interests—and connects brands to what’s happening in the moment.

At the same time, people are engaging with premium content more and more, as recent data demonstrates:

Brands are helping people on social media stay informed and entertained, while encouraging meaningful and authentic connection around content that our partners are contributing at record levels. As brands rework how they connect with their audiences, especially through premium video content, social media is a critical distribution channel within that content ecosystem. Consider this:

We understand there are moments of uncertainty and many questions to be answered. And we understand that the video landscape has never been more fluid, so the need for flexibility and a willingness to be a partner has never been more important. Savvy marketers are getting more creative than ever before about how to engage their fans through premium content on social media, and it’s clear users have a strong appetite for that content.

Social media helps brands connect with people in the moments that matter—and that has never been as important as it is today. In these times of event cancellations and postponements, there’s even more demand for the synchronicity of experience. Twitter is the new live stadium.

A version of this article, “Connecting with people through the power of video,” first appeared on Marketing.Twitter.com 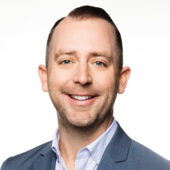