Here's What Advertisers Should Know About China's Fast-Changing Search Market

Chinese search giant Baidu has long been associated with a vast array of paid advertising options that are snapped up by the highest bidders. But a recent shakeup in China's search regulations may well be the beginning of the end for Baidu's "pay your way to the top" model.

It's been about four months since a major advertising scandal shook Baidu; it started when a student died after trying an experimental cancer therapy he found through Baidu's paid advertising.

Following mass outrage and an investigation by the Chinese government, the fallout from the scandal has seen an overhaul in the rules governing search ads, along with major changes to the entire structure of Baidu's paid advertising offering and its user experience in general. This in turn has had a dramatic effect on how brands should undertake their marketing strategy on Baidu, since paid ads are now less prevalent because of stringent verification procedures and higher competition over reduced ad space.

One natural result of this flux has been the opening of the floor for wider opportunities in organic search. Brands also might want to pay closer attention to Baidu's smaller competitors in the Chinese search engine market.

Organic search engine optimization strategy for Baidu has never been more important. Ads are now limited to a maximum percentage of 30% per page, and the entire right-hand side of Baidu's results pages, which previously hosted lists of paid ads, has completely gone. Organic results now have a default higher positioning than before, with the extra ranking potential placing a greater onus on brands and webmasters to firmly implement a thorough Baidu-friendly SEO approach in order to vie for the top places.

Historically, many brands opted to either pledge fully into paid search marketing or launch directly translated Chinese websites that lack simple Baidu algorithm-friendly optimization. Some major Western brands are not even indexed in Baidu, due to failing to submit their sites to Baidu or not embarking on localized keyword research strategies. Like Google, Baidu has its own products and practices for these. And it certainly pays -- now more than ever -- for China digital marketers to acquaint themselves with them.

While Baidu SEO best practices may be a bit of a gray area for many Western brands, there are various English-language guides that cover some key aspects and differences from Google. For example, meta keyword optimization still remains a strong ranking factor for Baidu, a practice that Google withdrew some years ago. Webmasters are also advised to keep their site architecture simple, as Baidu currently doesn't have the extensive crawling capabilities of Google.

The Baidu Webmaster Tools College, which offers vast amounts of information, news and updates on algorithm changes, is the official go-to resource for this, albeit in Chinese.

Now is the time to embark on full-blown organic strategy for Baidu. Brands can be sure to expect other brands to get smarter, and for competition to increase from now on.

Opening the door for competitors

Following the scandal, Baidu suffered somewhat of a reputation crisis and also reported a 34% drop in net income in the second quarter. Despite retaining a majority of the Chinese search market, it has also been falling behind digital peers Tencent and Alibaba for some time value-wise, because it has a narrower array of innovative revenue sources. This, combined with a tougher pay-per-click environment, may see rivals such as Sogou and Qihoo 360 come further into the fray and finally fulfill their long-awaited status as legitimate competitors in the Chinese search sphere.

Sogou for example, which has its origins in the hugely popular Sohu news portal, has been quick to pounce on the Baidu medical scandal by launching its own dedicated search options for medical information. It also offers a less competitive pay-per-click environment overall, as well as a slightly more mature audience demographic than Baidu, with only 20% of its users being under the age of 23. The affluent 24-40 age bracket -- the bulk of Sogou's user base -- also has greater spending power, which offers brands the chance to tap into a higher-value audience for less than they might spend on Baidu.

Sogou -- like fellow competitor Qihoo 360 -- also has its origins in software, which it integrates into its wider marketing package to provide further avenues for brands to market on. Take Sogou Pinyin for example, a popular software that allows people to type Chinese characters using their keyboard's Roman letters. Sogou leveraged this to allow brands to feature customizable widgets -- complete with product images and links -- in the window of the tool when users type in the brand name.

This simple piece of innovation offers brands prime visibility and is something that pits Sogou against Baidu in terms of innovation and its stake in the future of Chinese search. Consider this, along with a recent partnership with Bing to improve its English search experience in China, and we may see a shift in the status quo. (The Chinese government has blocked access to Google and a host of Silicon Valley sites including Facebook and YouTube, but Bing still operates.)

Baidu's response to the scandal was swift and efficient enough to steady the ship and realign its status in the world of paid search, albeit with a markedly less gung-ho approach. Further down the line, however, the shakeup is likely to pave the way for competitors in the Chinese search environment to up their game. 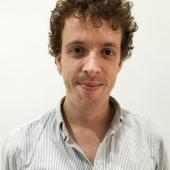