Modern video games are an exercise in patience and muscle memory. Make a mistake and characters die, but all it takes is a simple reload to keep the story moving. Even old school games offered up three lives to players (sans the Konami code).

But in real life, there are no second chances, a point driven home with terrifying veracity in a new spot from gun safety group Brady and the Ad Council. A “player” runs through a game location that looks a lot like an ordinary suburban home. The map display tracks his locations as he searches for something, urged on by a teammate on voice chat.

Like many first-person shooters, his goal is a weapon, but the gun he’s looking for isn’t in the bedroom drawer where he left it. Realization dawning on him, he rushes to his son’s locked door. 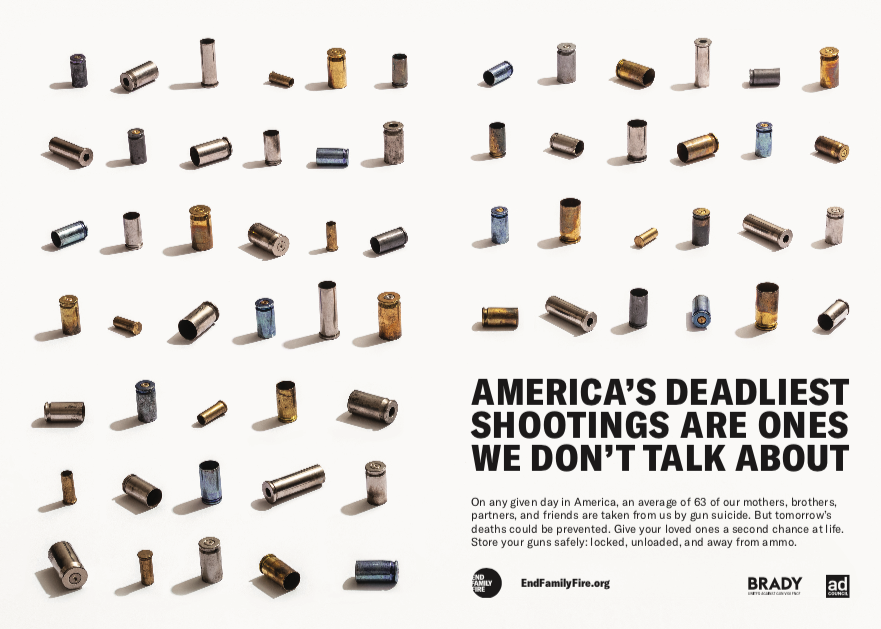 The spot by McKinney continues the “End Family Fire” campaign, known for its blunt portrayal of the dangers of having firearms in the home. During the pandemic, suicides are rising, as is the number of first-time gun owners—a combination that is having deadly consequences.

The campaign also includes print and out-of-home placements and radio spots (including the one below) that feature interviews with people who have lost loved ones to gun suicide.