This dramatic film from The Allstate Foundation's Purple Purse and Leo Burnett recreates the real-life story of Lori, a domestic abuse survivor who fought her way out of her "prison" in an ingenious way. Every time she visited a grocery store, she'd add small amounts of cash to checks she wrote, which she would then take home and stash in a place her abusive husband would never find it -- inside her tampon applicators. Over a period of 700 days, she saved up enough money to leave with her children and file for a divorce.

The film, "America's Largest Prison Break," is the anchor of a the 2016 Purple Purse campaign "#FreetoWalk," for which actress Kerry Washington serves as ambassador.

The Allstate Foundation Purple Purse has devoted more than $50 million to empowering domestic violence victims through financial education and has helped more than 800,000 achieve financial independence.

"Financial abuse is an invisible weapon that's just as effective as a lock and key in controlling victims," said Vicky Dinges, senior vice president, corporate responsibility, Allstate Insurance Company in a statement. "Without financial resources, victims remain trapped in homes that feel more like prisons. Our #FreeToWalk campaign brings financial abuse out of the shadows and helps victims gain access to resources they need to break free and to rebuild their lives." 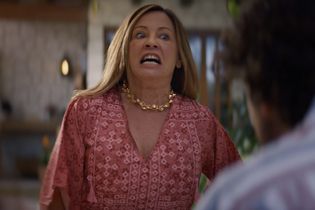 Allstate: Mayhem is nowhere in sight in Droga5's first work for Allstate