Best of 2020 No. 29: New York Magazine teamed up with 48 artists to put a new spin on the 'I Voted' sticker | Ad Age
Skip to main content
CREATIVITY
Sign In Register

From today through Jan. 1, Ad Age will be counting down the best brand ideas and campaigns of 2020.

No. 29: This year, we saw a slew of initiatives to get out the vote from brands and creatives conceiving inventive ways to get out the vote, but we especially loved this cover series from New York magazine, which pooled the talents of nearly 50 artists including Shepard Fairey, Barbara Kruger, Laurie Simmons KAWS to reconceive the “I Voted” sticker. A dozen stickers from different creatives were placed on four different covers, which gave voters something new to adorn themselves with each day. The initiative was created in partnership with civic engagement organization I Am a Voter, and it was one of the year’s most exciting examples of creativity for a cause.

In lieu of its typical paper cover, New York Magazine has turned its upcoming opening page into something we can all get excited as we head the polls—stickers!

The publication tapped four dozen artists—Shepard Fairey, Barbara Kruger, KAWS, Laurie Simmons, David Hammons and Lorna Simpson to name just a few—to create their own versions of the “I Voted” label. A dozen stickers will appear on four different covers, what the magazine says will give voters a new adornment to wear each day all the way until Election Day. 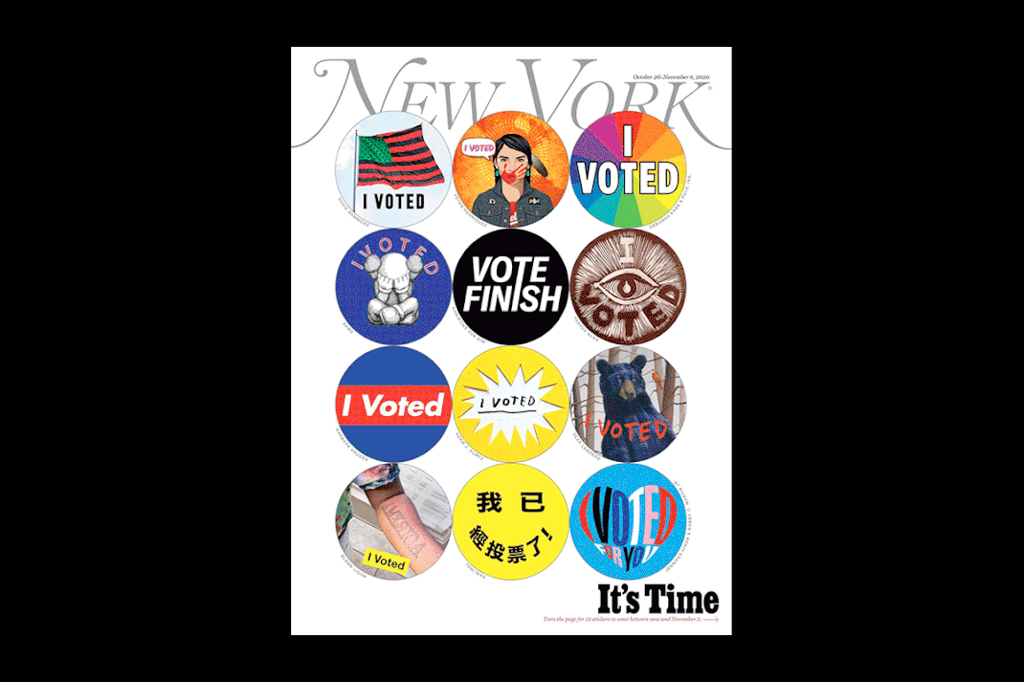 New York Magazine created the stickers in partnership with civic engagement organization I Am a Voter.  Along with the covers, 500,000 more stickers will be distributed through various outlets, including retailers like Crate and Barrel and CB2, bookstores and museums including L.A.’s Hammer Museum and New York’s Brooklyn Museum.

To find out more about the artists who created the stickers and their designers, check out New York Magazine’s story on the effort. 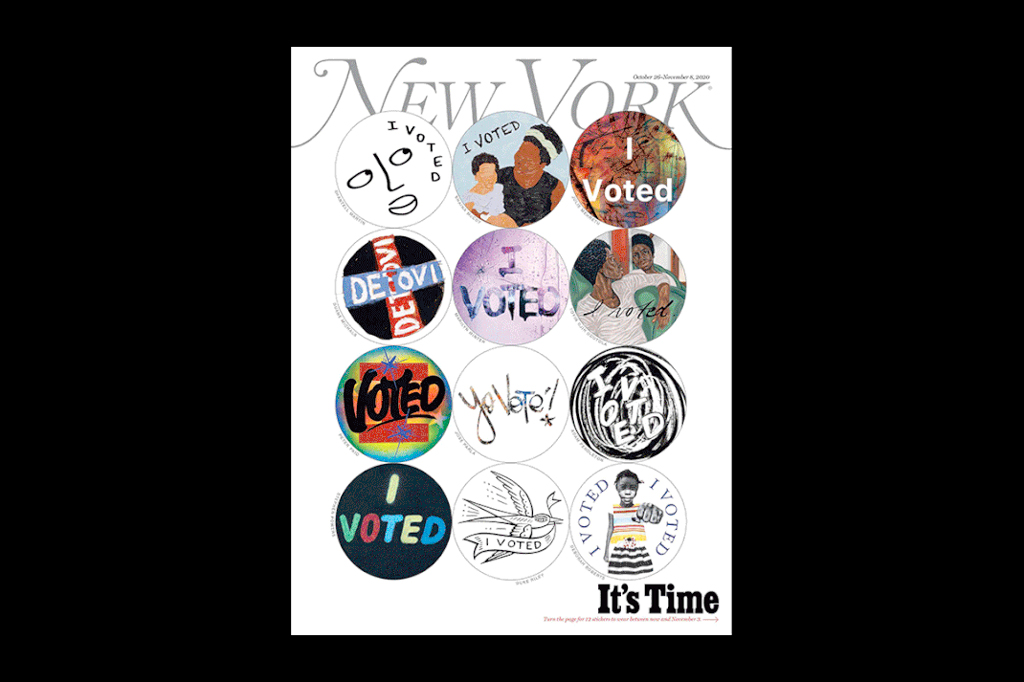 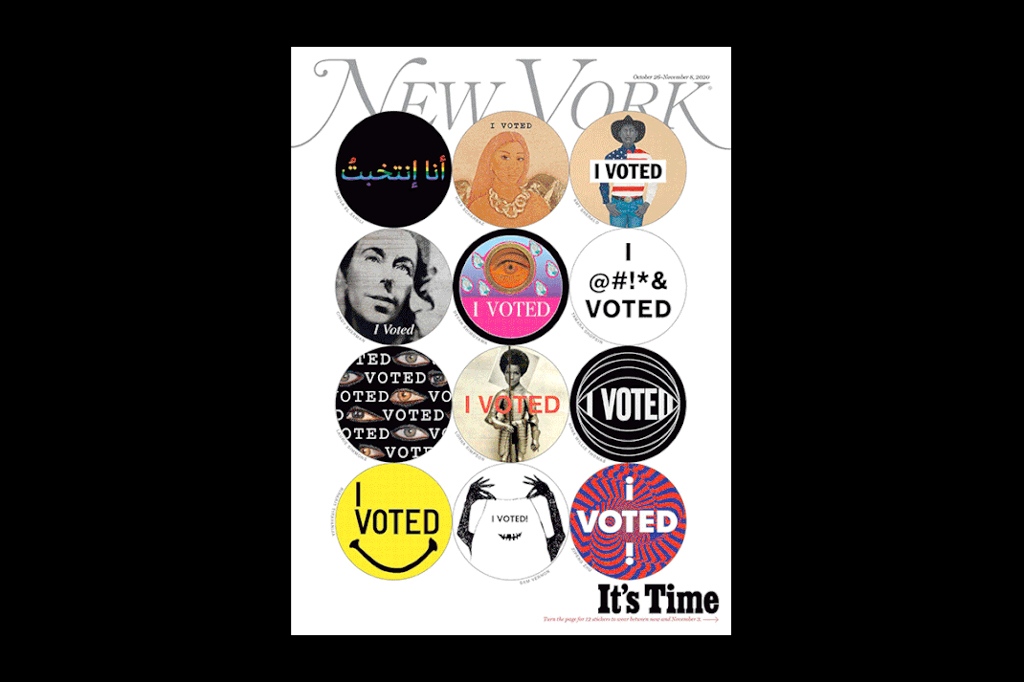