You've heard of Big Tobacco and Big Pharma. Now, get ready to educate yourself on Big Water.

A new campaign from Chilly's, the refillable water bottle brand, calls out "Big Water" brands such as Evian, Highland Spring and Fiji, and asks them to ditch single use plastic bottles on World Refill Day.

The campaign includes ads from creative agency Uncommon, in the form of open letters to "Big Water" brands, asking them to consider reusable bottles and ending with the words "let us know if you want to chat."

As well as billboards which are up in East London, Chilly's also designed reusable prototypes of the brands' bottles and sent them to each company's headquarters in a PR stunt. The timing coincides with World Refill Day, which was founded in 2015 by environmental charity City to Sea.

“World Refill Day aligns with Chilly’s core values of raising awareness, and creating large-scale, international change,” said Tim Bouscarle, co-founder of Chilly’s, in a statement. “This year, we wanted to go bigger than ever. It’s not enough just to encourage the general public to ditch single-use plastic and refill their water bottles—we need large-scale, household-name brands to step up and finally take responsibility for their role in plastic pollution.” 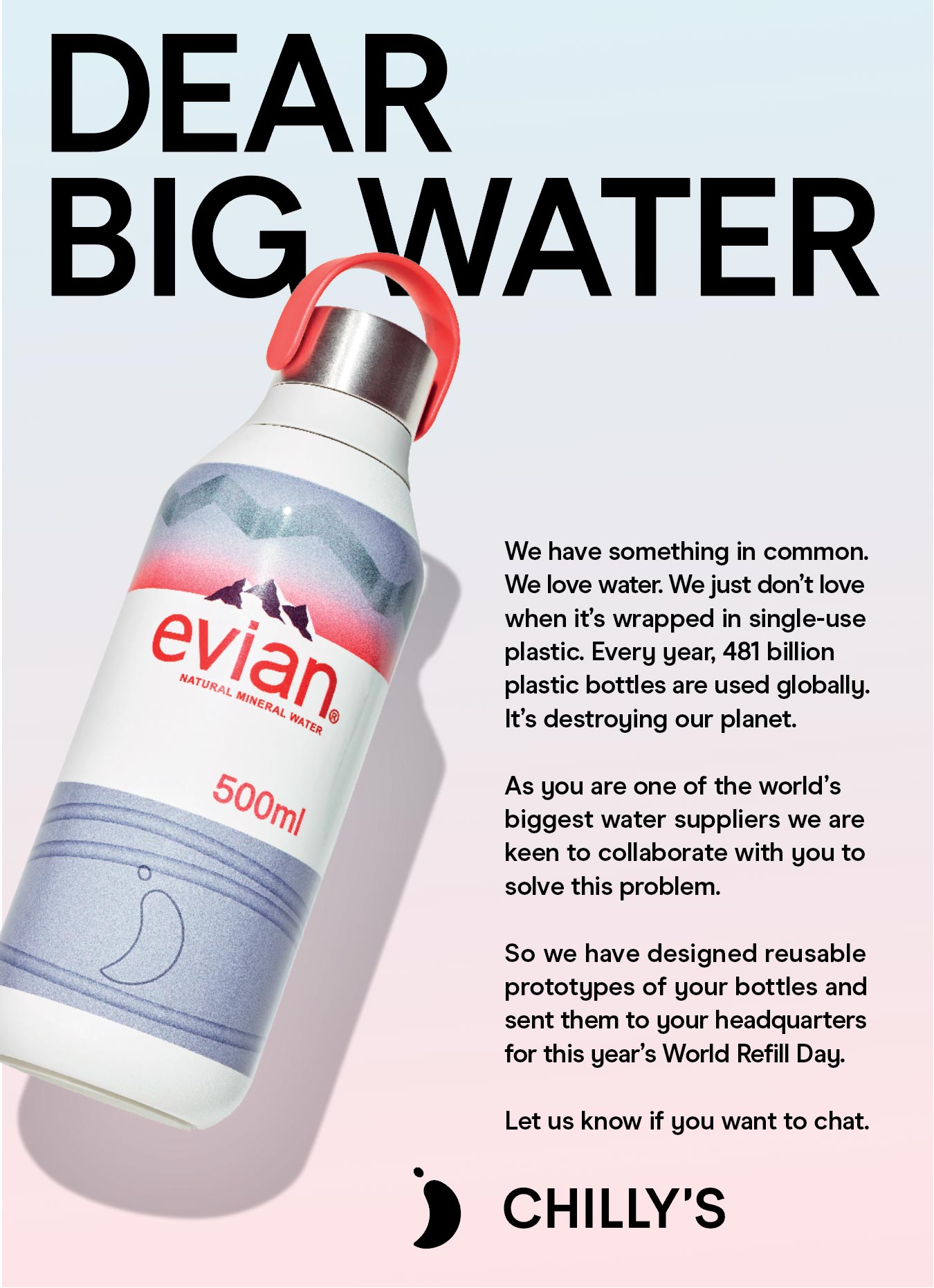