The advertiser goes retro in campaign from Cactus

Colorado Lottery and Denver-based agency Cactus, the advertiser's agency of record for 15 years, have debuted a new campaign that pays homage to the state's "rugged optimism" through a comedic, vintage lens.

The effort channels retro advertising across a slate of assets including a 60-second TV spot, titled "Winning Country," as well as print, out of home and social.

“This campaign feels different from the Colorado Lottery work we’ve done in the past,” says Shea Tullos, Cactus creative director. “Typically, our campaigns are created to generate excitement about a new game or game change. ‘Winning Country’ is a celebration of our state as much as our state lotto. Colorado has always been a place where people come to chase jackpots, whether gold nuggets or just a better way of life. It was seen as rugged and wild but loaded with optimism in a way that feels delightfully silly to today’s media-savvy consumers.”

The TV and online spots celebrate the beauty of Colorado, tossed with a bit of vintage cheese. Each execution features a perfectly Kenny Rogers-like track, set to a montage of cliches that include shots of the Rocky Mountains intercut with cowboys on horseback, canoeing and splitting wood—all of whom inexplicably have their lottery tickets handy. The OOH ads also look like if the Marlboro Man traded in his cigarettes for a lotto ticket and a smile.

Tullos says that Cactus’ creative team had to hold back comedically because the campaign's humor is rooted in its sincerity.

“It’s completely serious and completely silly at the same time,” Tullos says. “The song, with lyrics written by copywriter Andy Bartosch, takes the spot to the next level. Jingles get a bad rap, but this is a love song to Colorado. The chance to become a millionaire, and the investment in outdoor spaces made possible by Colorado Lottery dollars. What’s not to love?” 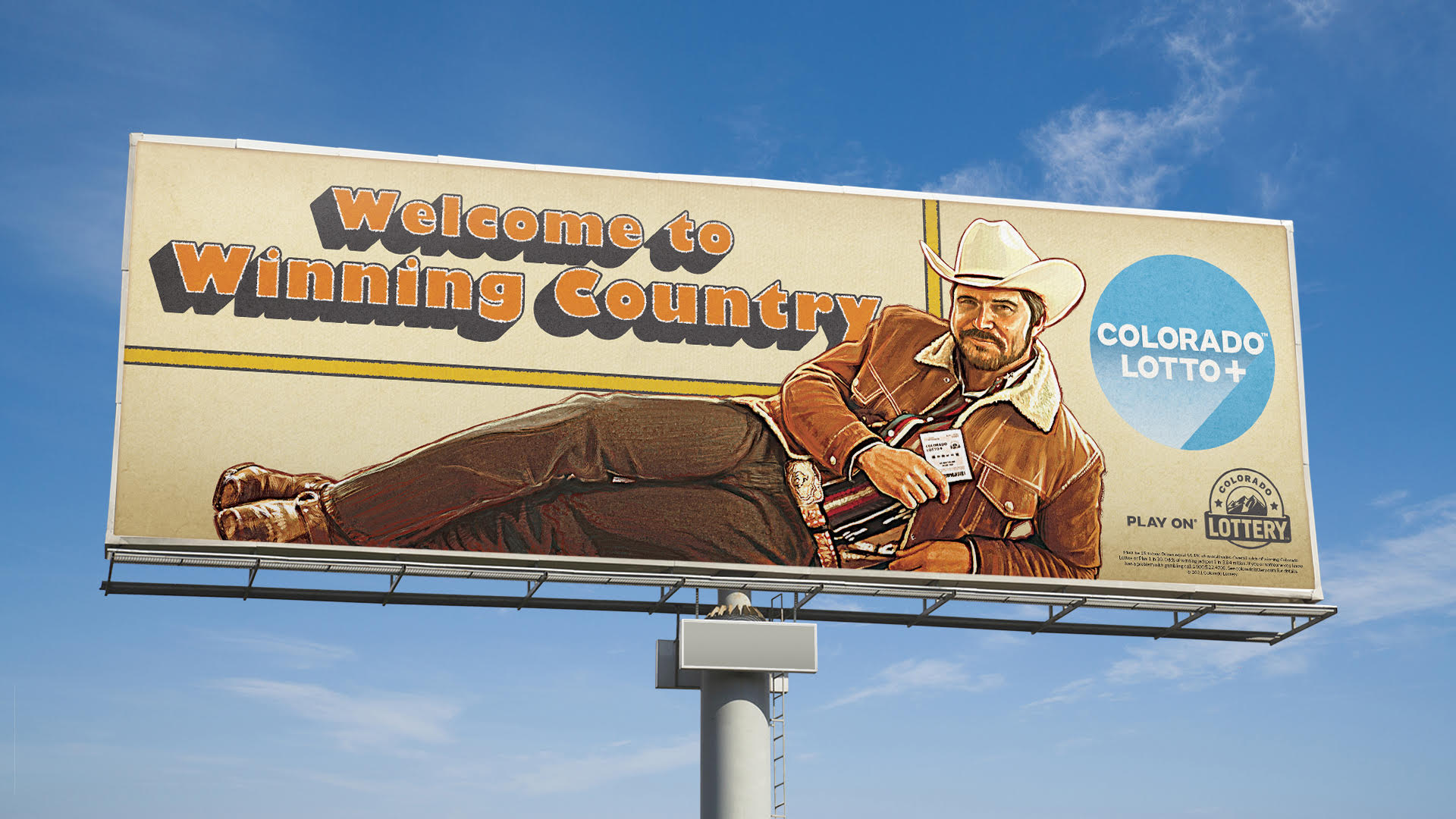 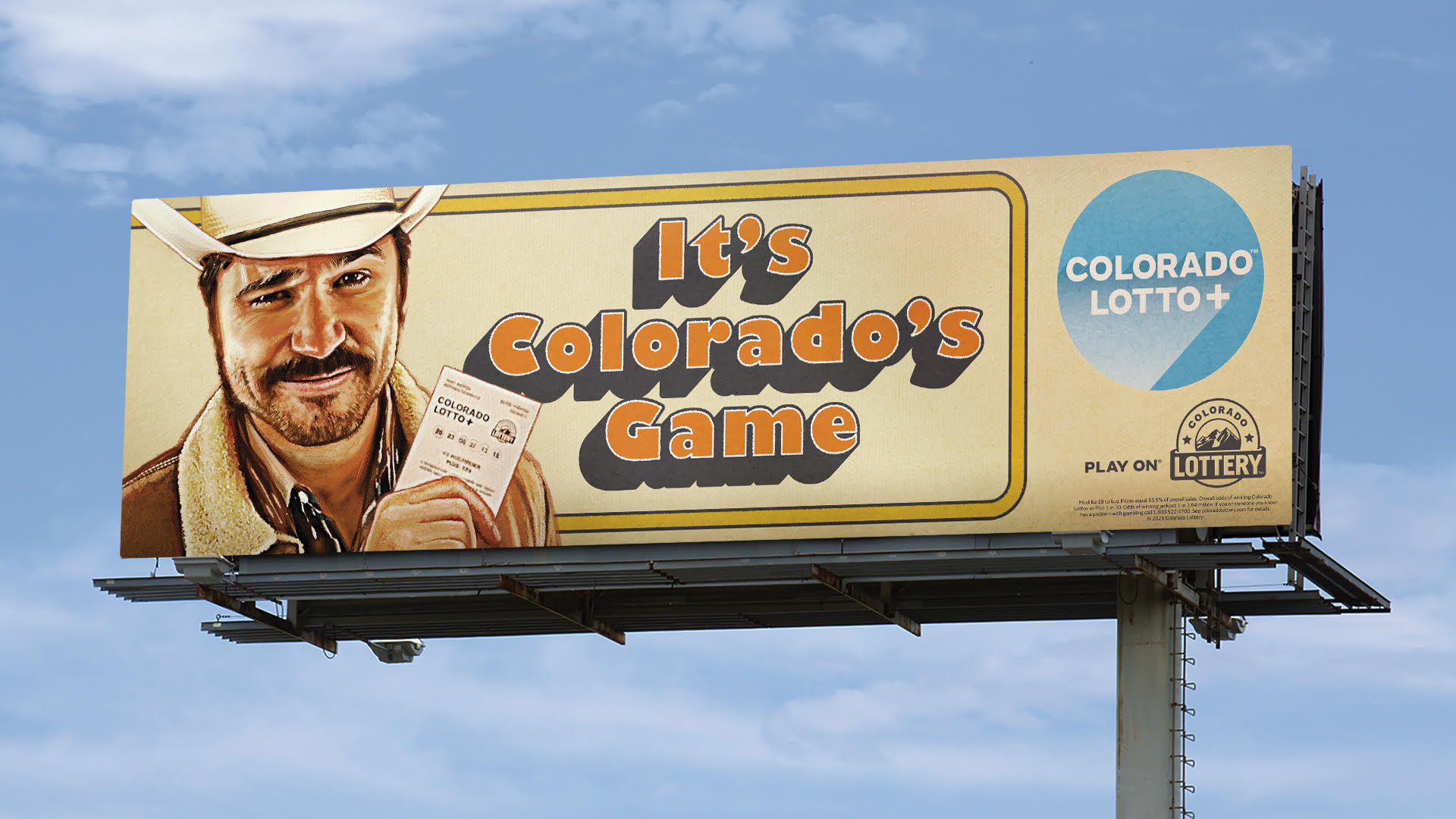