Coors Light gimmick turns your beer into a mosquito trap

Once summer gets going, mosquitoes become the scourge of many an outdoor occasion, including parties and BBQs. While many will have tried their luck with homemade bug traps at some point, now Coors Light has a "device" to make things easier for you.

In a campaign via Mischief, the brand is playing on the fact that bugs love beer—and apparently, will love you more if you're drinking it. Coors Light cites a medical study that showed drinking more than 12 oz of beer will make you more likely to get bitten by mosquitoes. (We actually wonder whether highlighting this fact makes for faulty marketing strategy for the brand, but anyway, read on.)

People can order the attachment, which fits to any 12 oz can, for $5 from today at coorslight.com. A limited number of traps of will be released every day until Aug 5. The idea is that you leave a near-empty can outfitted with the device nearby, the mosquitoes fly into the beer and will get stuck inside.

"Warm weather, outdoor activities, and laidback chilling are some of the reasons why summer is undeniably the best season of the year," said Marcelo Pascoa, vice president of marketing for the Coors Family of Brands, in a statement. "But with the good also comes the bad, and pesky mosquitoes can be a buzzkill. The Coors Light Thirst Trap will lure mosquitoes into the can with no way out.”

The brand isn't the first to try to make a mosquito trap; Lone Star Seltzer has also tried it and last year introduced a giant neon sign that zaps mosquitoes.

Meanwhile, others have got creative with their cans recently too, giving them their own dual purposes. Busch released a funnel kit that allows beer drinkers to steer their urine into used beer cans to spare the environment, and Miller Lite's "Cantenna" beer can that let you stream NFL games. 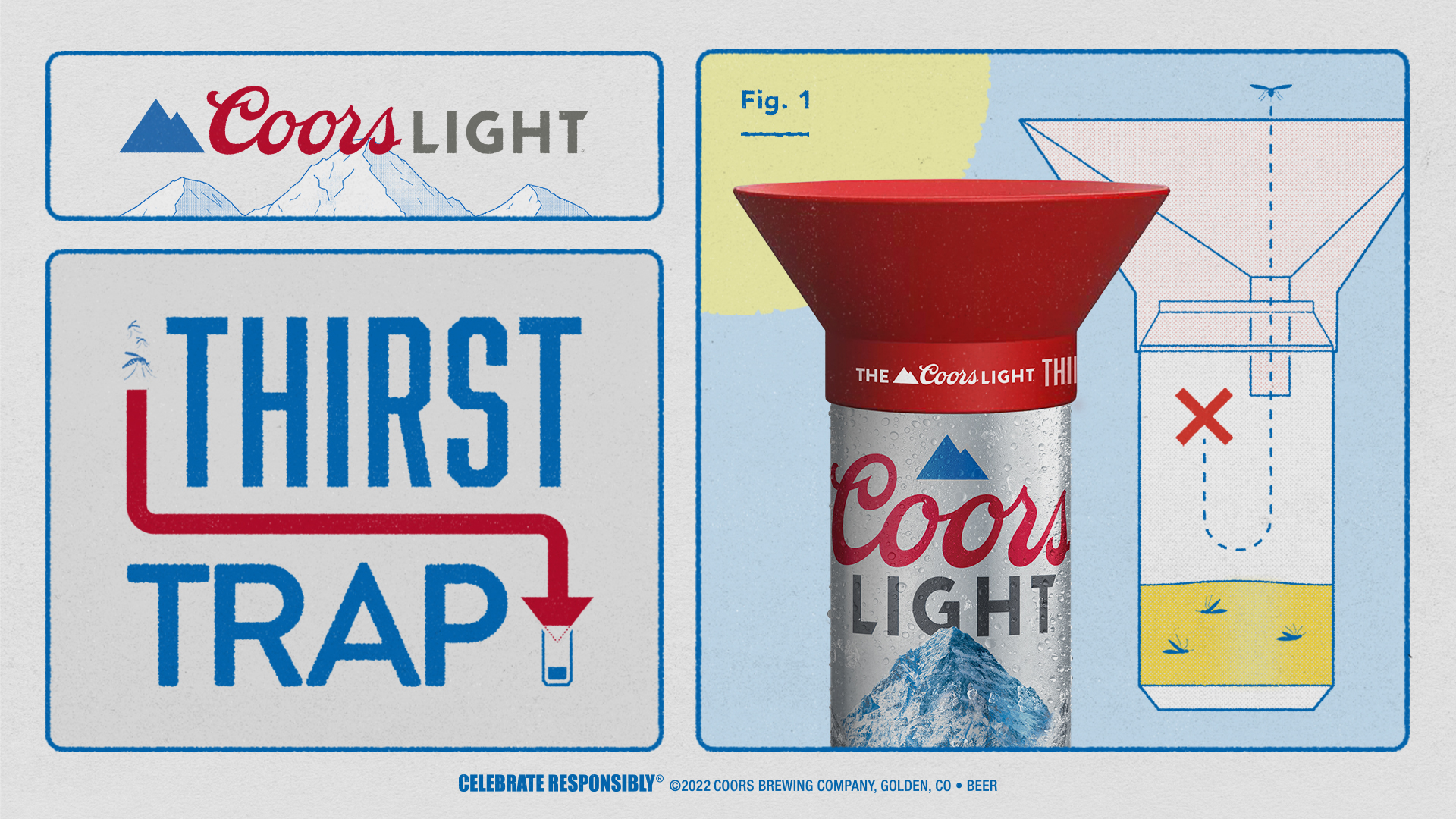