Last fall, Snoop Dogg made his first appearance as Corona’s new spokesperson in the brand’s first “La Vida Mas Fina” ads from MullenLowe L.A., in which the rapper brings his chill vibe to the beach. Now, he’s back in a new spot to run during the Golden Globes on Sunday, but this time, he’s accompanied by a pair of other celebs, fellow rapper/singer Bad Bunny and actor Zoe Saldana.

The ad depicts Snoop Dogg relaxing on the sand with a Corona at his side. His “shell phone” rings and on the other end is Saldana, with a Nautilus pressed to her ear. “Snoop!” she yells. “Zoe!” he bellows back, before he placing it on speaker. Bad Bunny, who’s frolicking in the water, joins in, beginning a medley of salutations:

“Anyway, what you up to?” asks Snoop.

Basically, it’s like a beachy take on Budweiser’s “Whassup!”—but with Corona.

The ad marks the debut of Saldana as the new face of the brand’s 90-calorie light brew Corona Premier. More work for the light variety will begin to roll out in the spring.  Titled "Zoe makes three," the spot actually continues the scenario of one of the first "La Vida Mas Fina" ads, "Shell Phone," starring Snoop Dogg and Bad Bunny. 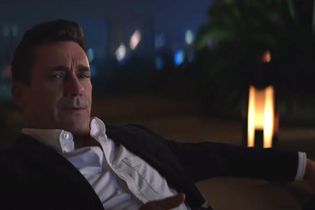 Corona: This Corona vending machine dispensed drinks only if you ordered correctly in Spanish

Corona: Best of 2021: Corona rewards fishermen for 'catching' plastic from the ocean