Death, divorce and bankruptcy feature in Ikea's new ads for its secondhand items

Death, divorce, bankruptcy, alcoholism and the pandemic are not the most cheerful subjects for a retail ad. But all feature in a surprisingly dark new Ikea campaign to promote its furniture recycling program.

A new campaign running in Norway spotlights "The Life Collection 2022"— items of Ikea furniture found in people’s homes and bought back by Ikea for different reasons. Inspired by real-life stories behind some of the items Ikea has sold in its secondhand stores, the film includes office furniture from a company that went bankrupt during the pandemic; a wine rack no longer needed because the owner stopped drinking; a kitchen dining set from the seventies whose owner has passed away and a bed frame discarded because the owners separated. The film is set to a pared-down cover of Simple Minds' "Don't You Forget About Me."

The campaign also includes a series of print executions showing the furniture in the homes of their previous owners with captions such as the "Sober Collection," "Divorce Collection" and "Death Collection." 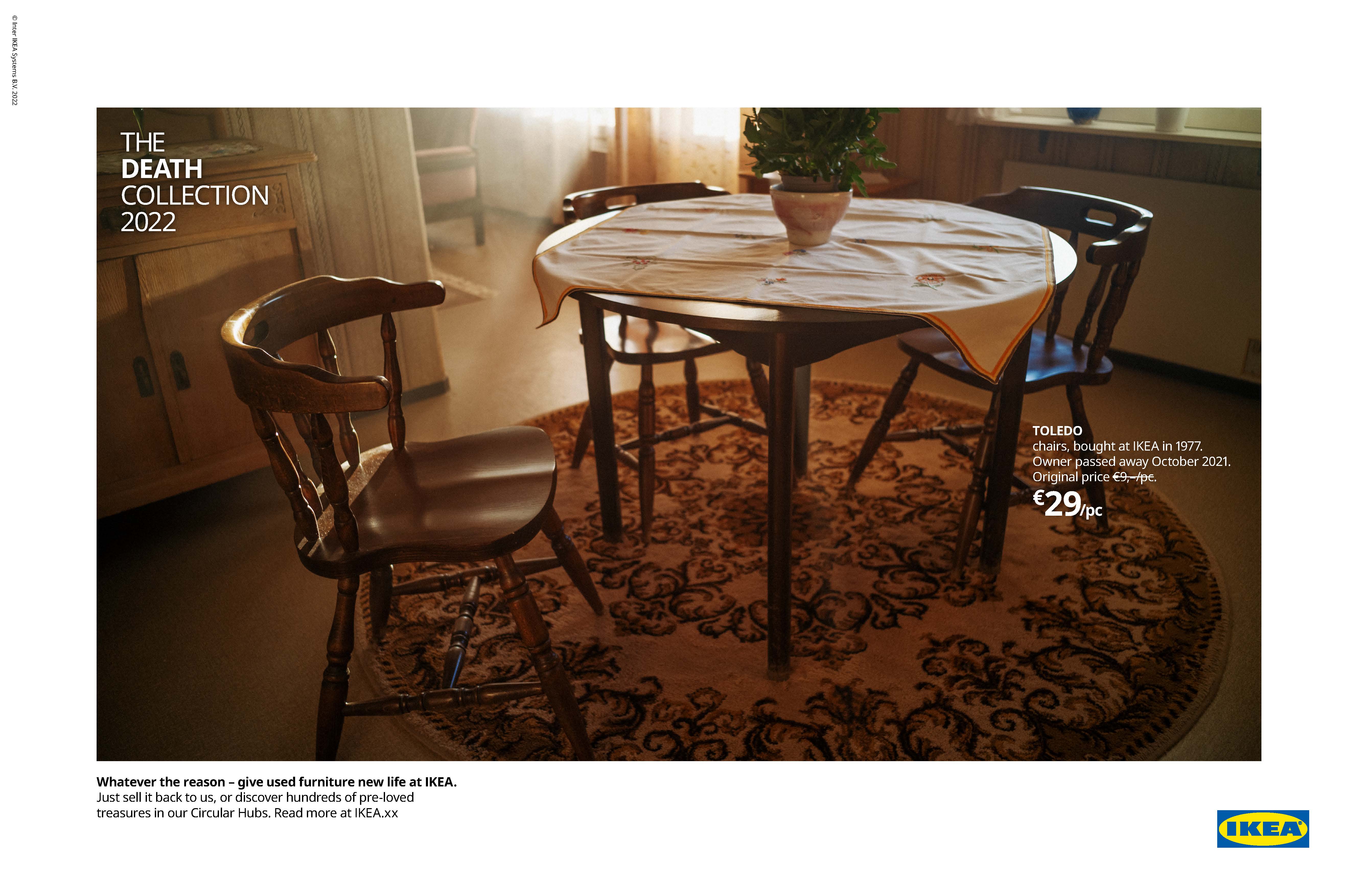 It was created by agency Try Oslo, which first highlighted how forgotten and discarded items can be given new life in 2021's The Trash Collection campaign. The agency worked with the same directors, Kavar Singh and Niels Windfeldt of Aparent, on the current campaign and it has a similar downbeat feel, although in this case rather more brutal. 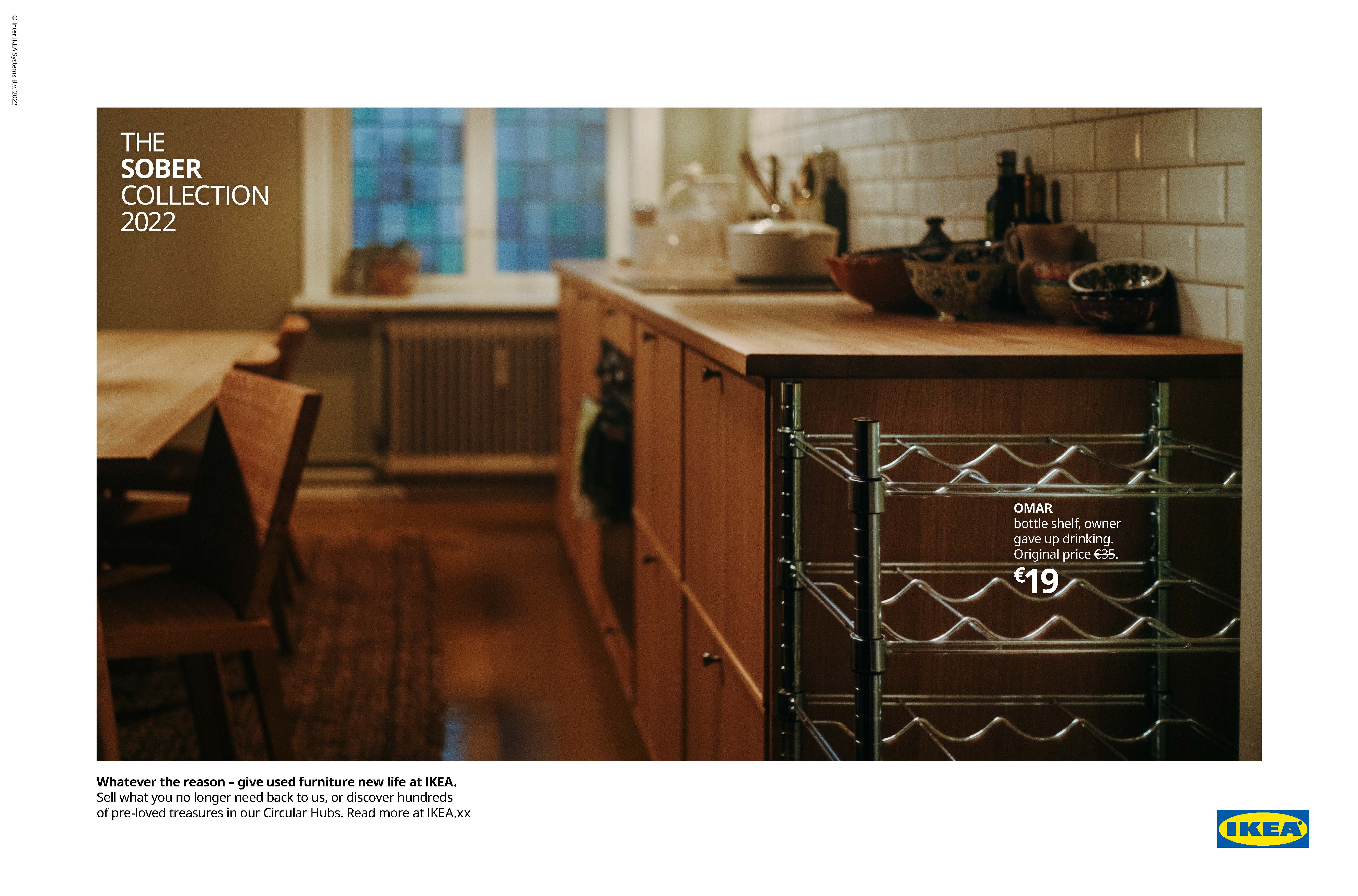 The campaign is live in Norway in print, TV and stores, but according to a spokesperson for Try, it was created for the global market and is expected to air in other countries.

"We wanted to show how we understand that furniture isn’t necessarily useful forever " said Ikea global marketing manager Roberto Giannone, in a statement. "Our new second hand stores are needed because life happens, and we needed a more sustainable way of treating our furniture." 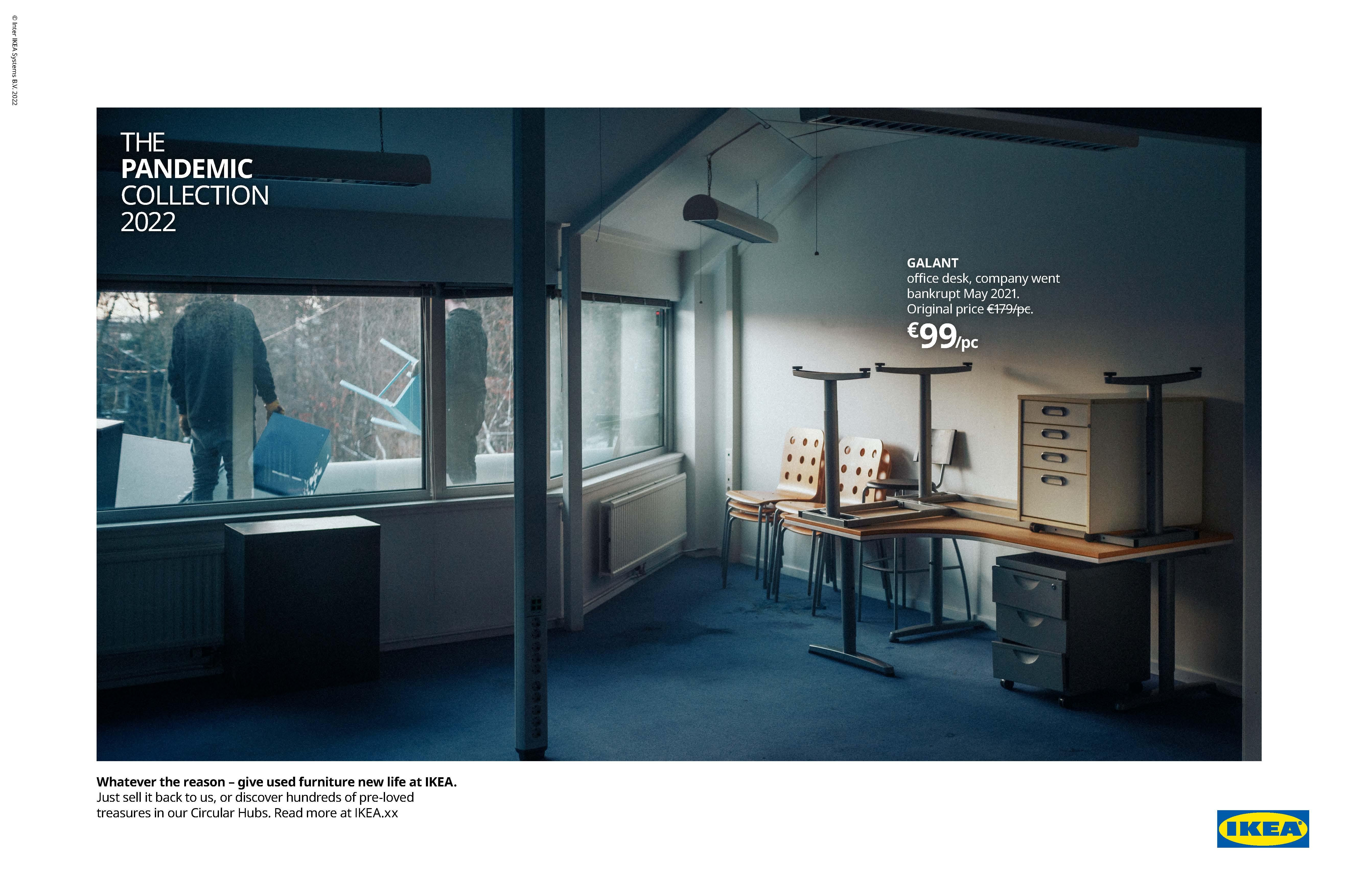 Ikea: Ikea campaign puts a twist on what it means to 'make yourself at home'