Facebook’s new CMO Antonio Lucio is on the offensive against the offensive. The social network is about to embark on a feel-good marketing campaign to restore a sense of positivity around the company’s future, but first it has to extinguish the hate.

Former HP exec Lucio joined Facebook in September during a time of upheaval at the social media giant: The company was embroiled in the Cambridge Analytica scandal, there were investigations from Washington to Brussels into privacy lapses, and there was an aura of toxicity around the platform amplifying the most offensive voices. Those issues are all still ongoing, but in a rare interview since joining the company, Lucio says the plan to rebuild “trust and value” in Facebook starts with reclaiming the platform and message.

“What you’re going to see from us from now on is much more of a regular beat on all the progress that we are making,” Lucio says. “We need to make sure that we are participants in the way that our story is told and not just on the receiving end.”

On Friday, the first advertising component was unveiled with TV commercials, online videos and billboards, all with a focus on Groups, the niche communities that are now central to the platform. The slogan of the campaign is “More Together,” and it highlights the community-building aspects of Groups, which bring together like-minded people around shared interests like fatherhood, cars and barbecue. 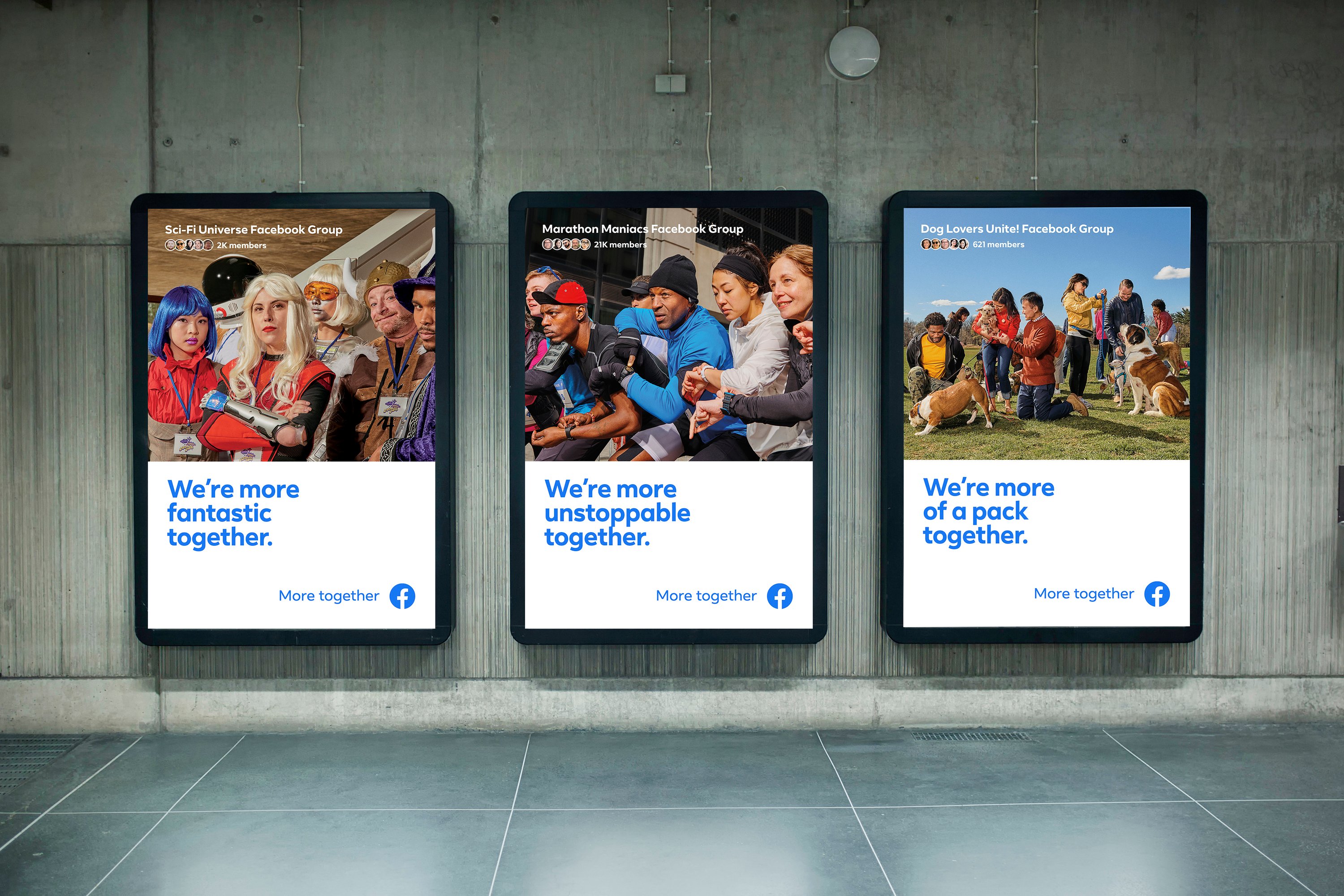 Before debuting the fluffy campaign, though, Facebook first had some dirty-work to handle.

On Thursday, the company banned notorious instigators Paul Joseph Watson, Laura Loomer and Milo Yiannopoulos, who represent some of the vitriolic accounts that have turned Facebook, and much of social media, into a combat zone. The timing of the bans, coinciding with the saccharine ad campaign, shows that Facebook is trying to retake control of how it’s talked about publicly.

“People are a bit tired of the fast-paced, loud, hyper-polarized environment in which we’re living around the world,” Lucio says, speaking just days in advance of the purge. “They want to find a common ground, things that they share with people.”

The fight against abusive accounts is one of the main pillars of Lucio’s messaging strategy. Facebook needs to “eliminate white supremacists and nationalist groups’ content from the platform,” he says.

Earlier in the week, Facebook had another message at its F8 developer conference, which brings together its most ardent supporters for a showcase of new products and updates. It was at F8 that CEO Mark Zuckerberg unveiled a redesign to the main Facebook app and discussed the company’s new mission—a refreshed look to go with the refreshed strategy.

Zuckerberg talked about the new focus for his company: building encrypted messaging so communication remains private. He talked about impermanence, creating products like video Stories, which disappear so they don’t haunt users later in life. He also talked about “interoperability,” unifying the apps in the ecosystem—Facebook, Messenger, Instagram and WhatsApp—so that people can communicate across all of them.

As for the redesigned main app, it lost its signature blue banner, it is more airy with whitespace and modern. There is also a new emphasis on Groups, which will be clear from the marketing campaign that starts rolling out on Monday.

“What happens with Groups is that you are in a small audience that is more relevant to something that you want to talk about,” says Fidji Simo, head of the Facebook app. “We see a lot of people talking about things in Groups that they wouldn’t talk to their friends about in private.”

The ad campaign to promote Groups will serve as a public relations tool, too, showing off the more positive side of Facebook. Wieden & Kennedy, Freuds and Facebook’s internal team, Creative X, developed the marketing plan and creative strategy, which features “real people, real stories,” from among the 400 million people who use Groups, Lucio says.

“When they talk about their experience within the platform it is the experience that we all should have,” Lucio says. “This is the place where Facebook is at its best, where information is shared, joy is spread, problems big and small are solved, and even small businesses are born.”

See a behind-the-scenes and more executions from the new campaign below.