The gaming community is a notoriously passionate one, so passionate that they hardly have time to eat! Heinz and agency Gut teamed with Activision, the publisher behind Call of Duty: Warzone Pacific, to identify locations in the non-stop-action shooter that players can hide out and feast IRL.

“Heinz Hidden Spots” maps out hiding spots on Call of Duty: Warzone Pacific’s map with a Heinz logo. In the campaign’s thirty-second spot, a player munches on a burger when his in-game avatar is slammed to the ground by an enemy player.

“Eating during an online match: a recipe for disaster,” reads on-screen text.

The spot shows the Heinz marker popping up across the game’s map and locations within it perfect for taking a snack break without risking their life. “Eat with no defeat” is the spot’s finale slogan. 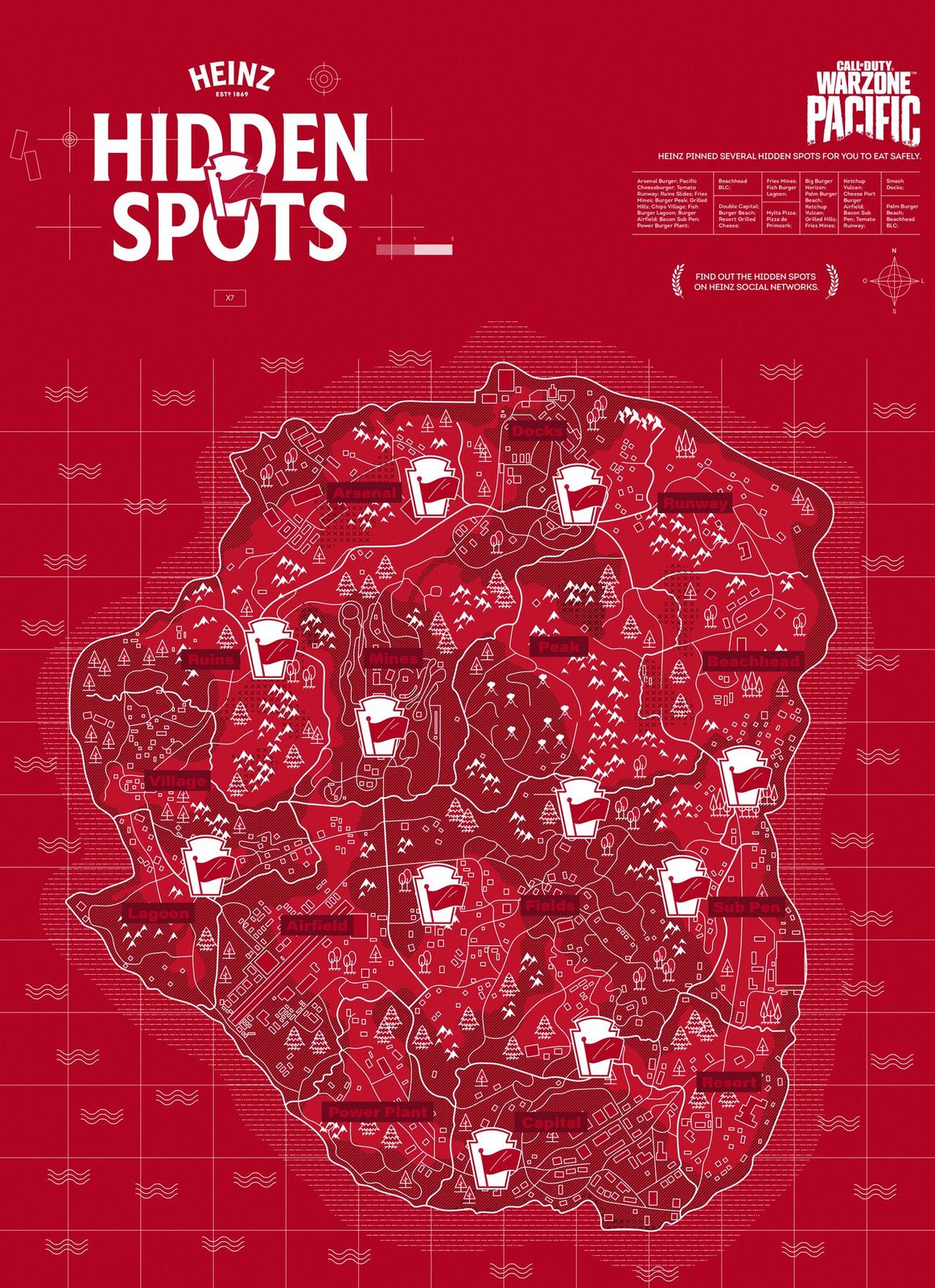 This week, YouTube and Twitch gamers partnered with the campaign to test out the hidden spots in action. Results TBD.

“80% of gamers eat and drink while playing, but it’s much harder to do this in multiplayer games like Call of Duty, where an ill-timed break can cost you the match,” said Ashleigh Gibson, brand director at Heinz, in a statement. “Heinz brings the magic to mealtime, whether you’re sitting around the dinner table or enjoying a quick bite mid-game, and now we’re helping Call of Duty gamers safely recharge with a burger break in one of the new points of interest on Caldera. Here at Heinz, we say just eat. No Defeat.”

Now, we're just waiting for a toilet paper brand to step in to provide havens for a bathroom break.