Did you let Self-Care Awareness Month (September) fly by without practicing any self-care? Well, you’re in luck! On September 28, Starburst is releasing a 30-day Advent-style calendar alongside the “#DoYou" Challenge. The best part? It’s only $0.99 and all the Starburst are pink!

Starburst all-pink packages have been available off and on since 2017 until last summer, when the Mars-owned candy announced the fan-favorite would be a permanent fixture in candy aisles. As for why the strawberry-flavored candy has become the brand’s symbol of self-care, you can give credit to the fans.

Justin Hollyn-Taub, senior director of U.S. fruit snacks for Mars Wrigley, said in a statement that the company has “seen our fans use ‘being treated like a Pink Starburst’ as a synonym for feeling special, empowered, and loved.”

The “#DoYou" Challenge calendar is a culmination of the all-pink ideology. The box, which can be purchased next week on the campaign’s website, is an explosion of pink shades that would be right at home amongst a Barbie collection. Different patterns decorate the numbered panels that designate which day to open them on. In the bottom right corner, a mirror is featured beneath the declaration, “You are a pink Starburst.”

The limited-edition product’s 30 days of numbered windows reveal prompts, activities and inspirational messages for participants to embrace mind, body and soul. The daily flaps also each contain a special prize. Expect a lot of pink Starburst.

For sweet tooths unable to snag a calendar before the limit stock sells out, Starburst will post its self-care prompts on social media for all to follow along with. Any Starburst fan can join the self-care extravaganza on social media using the hashtags “#DoYou” and “#IAmAPinkStarburst.” 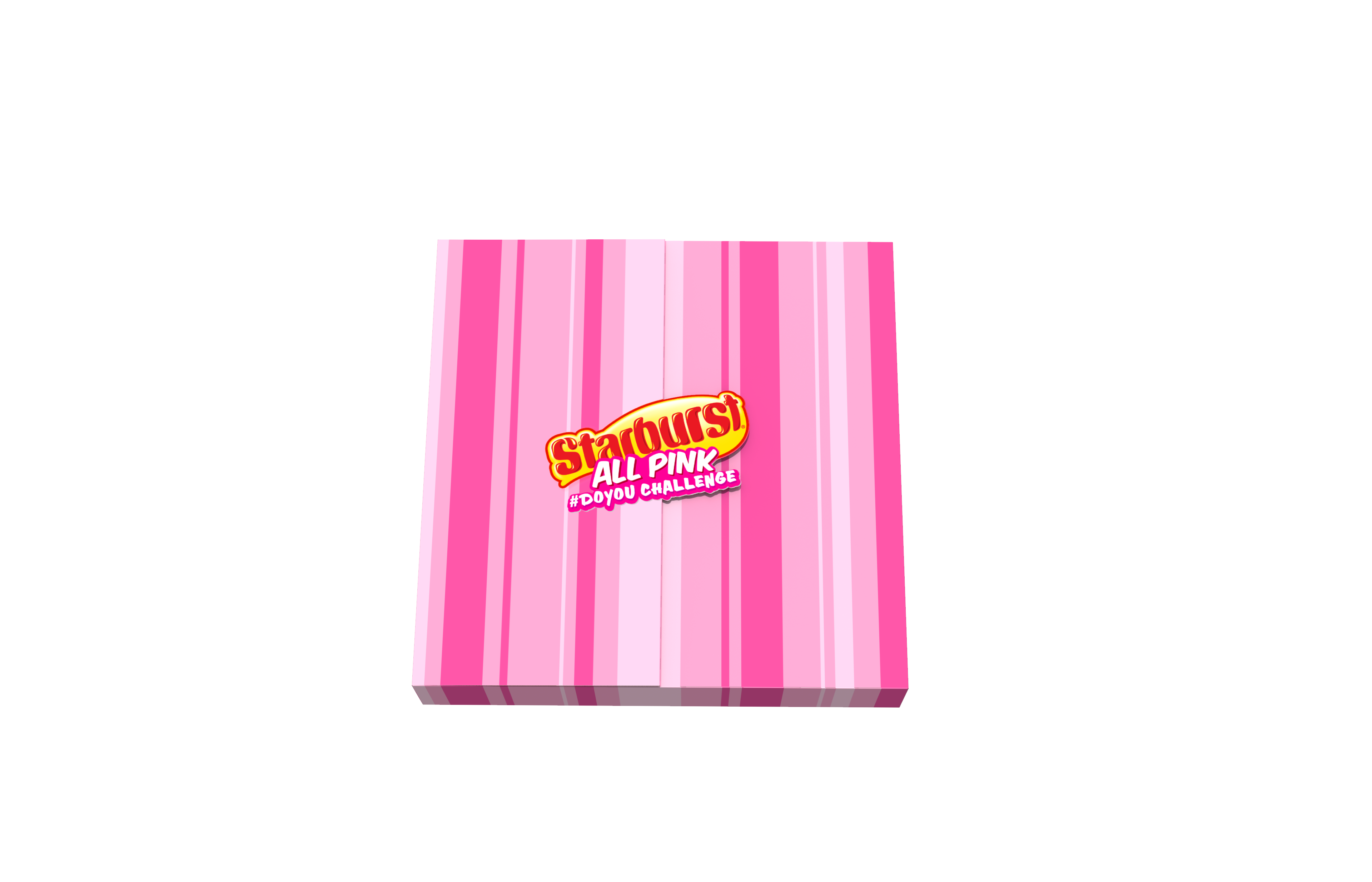 Starburst: Starburst promotes its vertically-shaped candy with ads that only make sense vertically