The retailer is responding wittily to a saga of wallpaper, donations and snobbery

It's been an interesting week PR-wise for John Lewis after its brand has been pulled into a scandal that's enthralling the U.K. media: that of the interior decor of Prime Minister Boris Johnson's flat in Downing Street.

An official investigation has been launched into who paid for an expensive redecoration after reports that Johnson had initially accepted a donation in order to meet the cost (U.K. taxpayers only fund up to 30,000 pounds and it's rumored to have cost much more.) One of the stories circulating is that Johnson's girlfriend, Carrie Symonds, who is said to have chosen luxury wallpaper by designer Lulu Lytle for the new look, was keen to get rid of previous occupant Theresa May's "John Lewis furniture nightmare," prompting accusations of snobbery.

John Lewis, to its credit, responded with a series of witty tweets. First off, it innocently asked: Phew, the John Lewis social team have just finished an all day brainstorming session to find ways for people to talk about us on Twitter..... Have we missed anything? 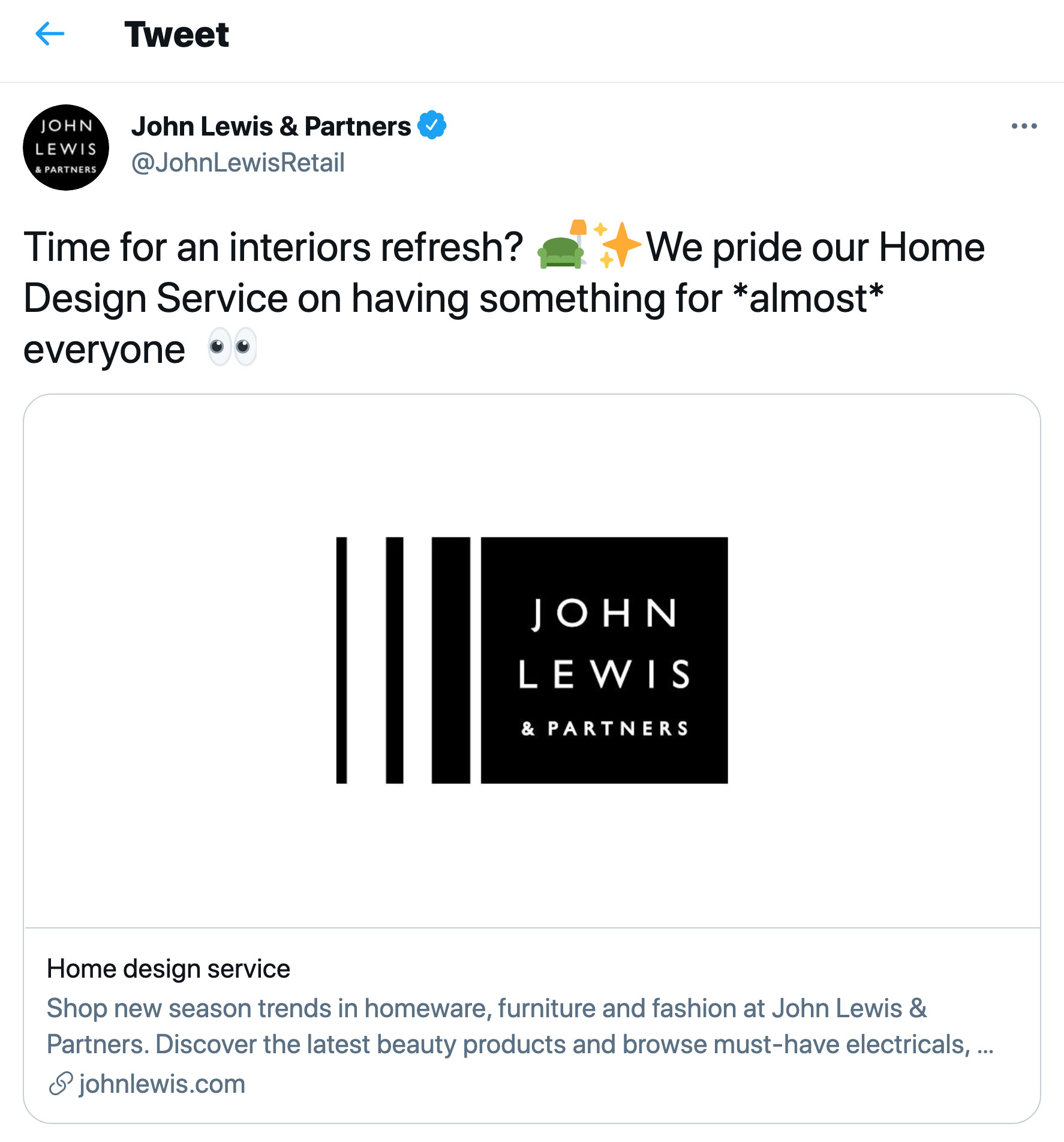 Another tweet suggests: "Time for an interiors refresh? We pride our Home Design service on having something for *almost* everyone, while a third shows a John Lewis van parked outside the entrance to Downing Street with the words: "Good thing we have a recycling service for old pre-loved furniture."

Several others on Twitter, including comedian and author David Baddiel, have suggested that the saga should feature in the John Lewis Christmas ad this year.   As John Lewis's agency, Adam&Eve/DDB, confirmed that it wrote the tweets working closely with the client, it's not completely out of the realms of possibility.