The distinctive look of the private label serves as basis for messaging on taxicabs, out-of-home, social and more

No Name (yes, really), one of Canada’s most unique and recognizable private label brands, has launched its largest and most exhaustive marketing campaign since the 1970s, using a combination of TV spots, social media branding and out-of-home ads to get the word out about its latest health label—while also having some clever fun.

The brand, founded in 1978 by Loblaw, Canada’s largest grocery chain, is known for its signature yellow-and-black-Helvetica packaging. That look continues in the new push from agency John St., which is just as much for No Name as it is for Simple Check, a new health-conscious seal denoting more than bargain-priced 500 No Name products—from peanut butter to potato chips—made without ingredients such as synthetic colors, artificial sweeteners and hydrogenated oils.

The Simple Check symbol is just a small red check mark, but it’s also a beacon of change on No Name’s otherwise minimalist, two-tone packaging that, at most, will also feature a small image of the item inside.

“The inspiration for the campaign comes directly from the iconic, yellow and black design, and the clean, no-nonsense language on our packaging,” says Uwe Stueckmann, senior vice president of marketing for Loblaw, the retailer that owns No Name and has elevated it to something far beyond the typical house brand or private-label offering.

No Name has rarely been known as a big spender when it comes to advertising—probably because just about every Canadian already knows what it is: bright yellow boxes; lower-case black type; the brand that, were it not so ubiquitous, would be easy to overlook. In the company’s words, “Just look for the yellow packs. They’re hard to miss.” 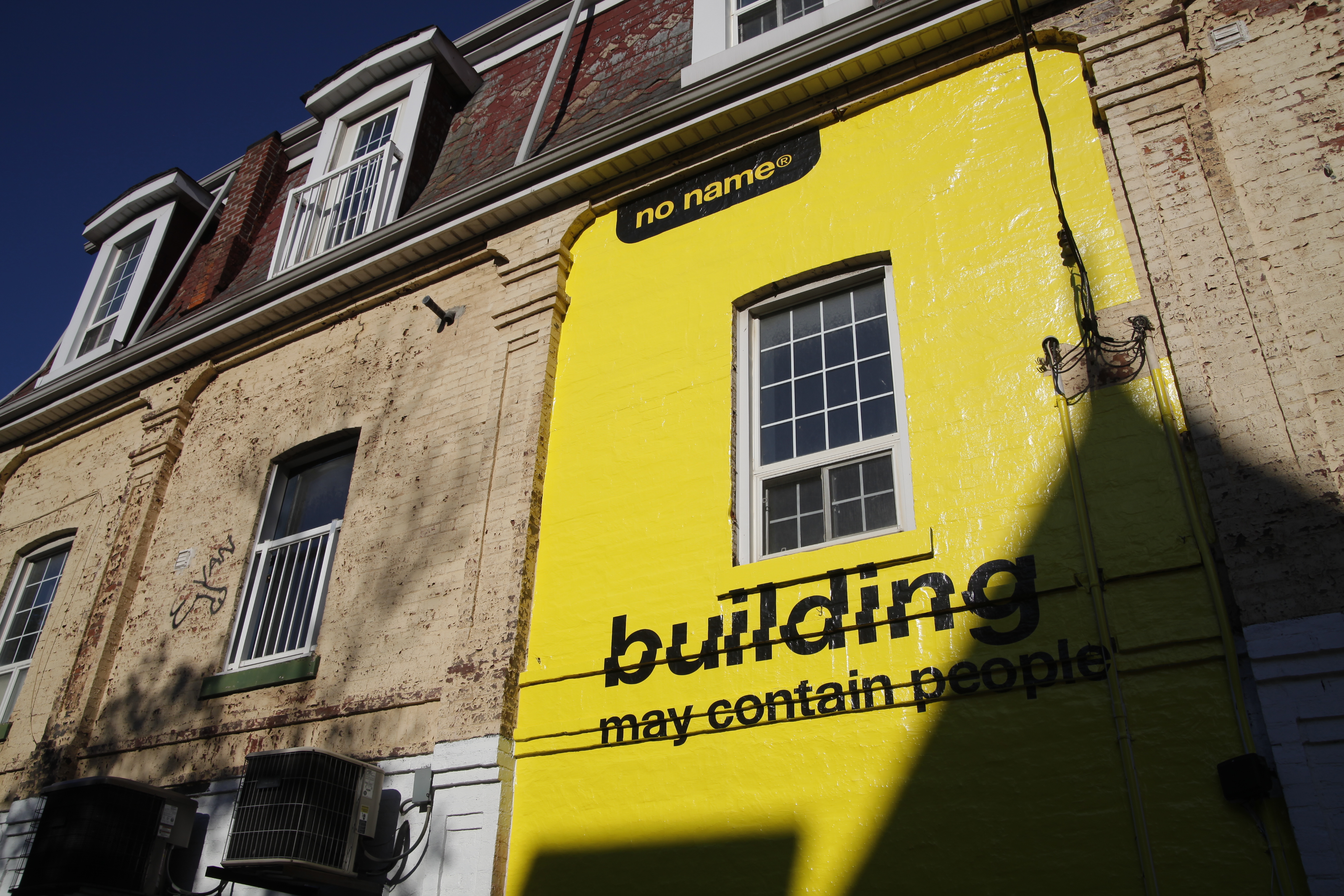 How No Name made a name for itself

No Name has graced Canadian store shelves for the past 41 years, spreading from the streets of Toronto to the villages of the High Arctic tundra, and everywhere in between.

Its distinctive packaging can be found at brick-and-mortar locations of all 16 brands falling under the Loblaw corporate umbrella including traditional grocer Loblaws, the warehouse-like Real Canadian Superstore, pharmacies Shoppers Drug Mart and Pharmaprix, and low-cost market No Frills, which Loblaw first opened in 1978 to complement No Name.

In any Loblaw-owned store, nearly every brand-name food item has a No Name equivalent. In its marketing, the brand strays towards self-parody, taking its distinct personality to bizarre, comedic heights—just check out its website’s landing page. 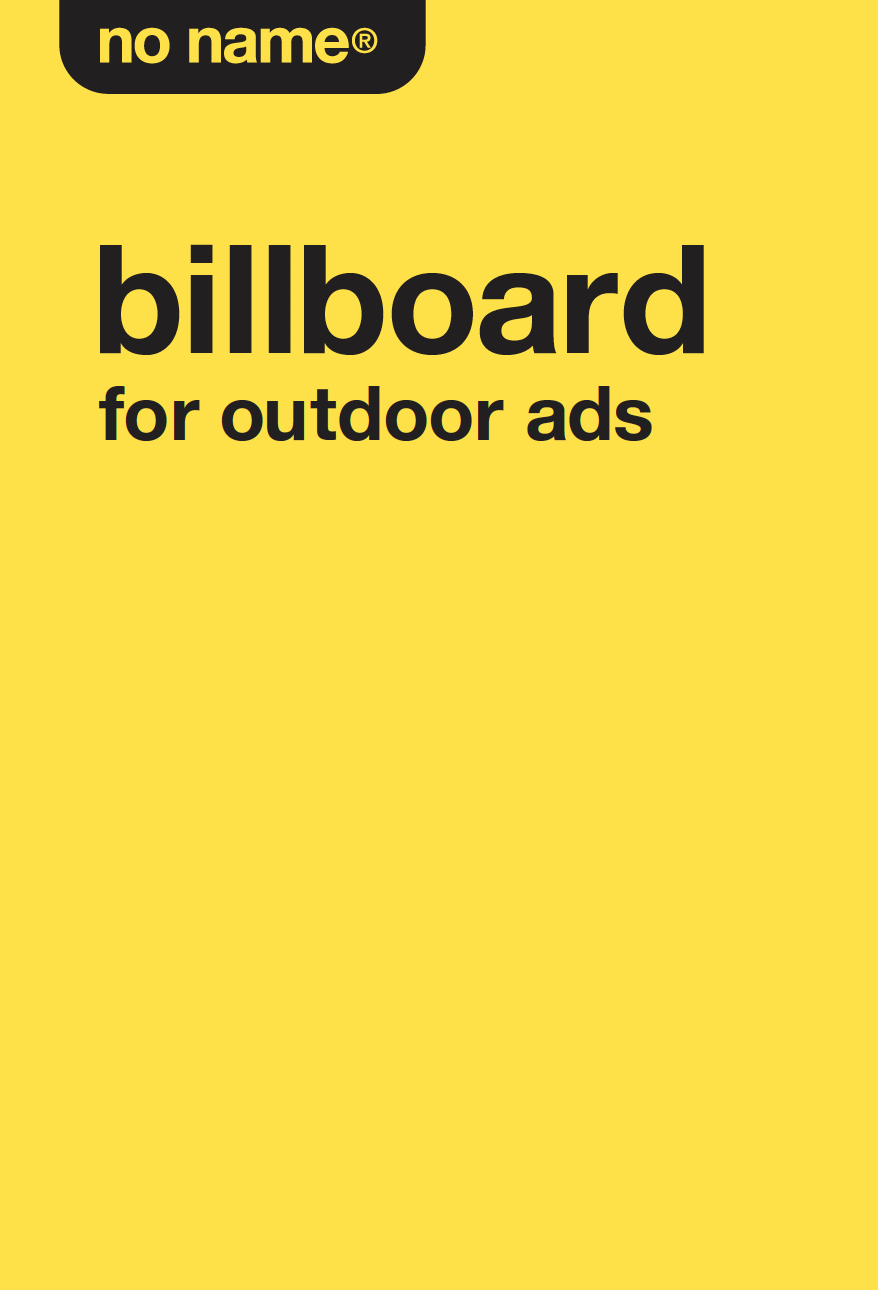 No Name touts its quality products and discount prices as reasons why it has gained so much recognition, but the brand’s cult-like following is undoubtedly centered on its packaging. When Loblaw launched No Name beer in Ontario earlier this year, it made international news.

this is a sub-headline

Since launching its first-ever Twitter account earlier this year in the lead-up to the Simple Check campaign, No Name has been amassing tens of thousands of followers with simple, idiosyncratic tweets about its products. “i am a brand,” its bio reads. “follow me.”

will not party automatically pic.twitter.com/DPCKaom2v1

Tweeting out a picture of seasoned croutons, @NoNameBrands notes that “croutons have no experience”; sharing an image of a product called social tea biscuits, it reminds its followers that they “can be consumed alone.” Shortly after the account’s launch, Twitter’s head of global brand strategy Alex Josephson tweeted that No Name’s account is “a textbook-brilliant use of Twitter for brands.” The company's in-house teams runs its social channels.

The account has even been branching out beyond the No Name product line recently; last week, for example, it live-tweeted the Emmys:

a winner has won again