Reddit invites consumers to “Find your people” in  its first-ever U.S. TV campaign.

The integrated campaign, part of a broader North American push, was created out of R/GAand showcases the social platform’s ability to bring together people with niche interests.

The TV ad, directed by Pete Marquis of Strike Anywhere, depicts people sharing ideas that draw blank stares or unhelpful responses from those around them: a man muses over s a shower thought to his partner, who simply walks away; a woman worries about her dying plant, so her roomie coldly suggests she “get a new one”; a cosplayer gets called a “role player” by his significant other.  Copy on the ad offers reprieve through Reddit threads:  “r/ShowerThoughts,” “r/PlantClinic” and “r/Cosplay.” The spot ends with the cosplayer finding community in r/Cosplay. “My people get me,” he murmurs.

While the work is the brand’s first national U.S. TV campaign, Reddit previously made a splash on television during the Super Bowl with its “glitchy” ad out of R/GA that won audiences over despite a limited ad buy.

“Reddit is a place where you can find communities of people deeply passionate about just about anything—from stocks to socks, there is a community to get involved in and be a part of,” said Bryan Gregg, R/GA VP-executive creative director, in a statement. “For this campaign we talked a lot about how sometimes the people closest to us do not always ‘get’ us, but Reddit is a place where you can truly ‘find your people’—a place to express our passions, share our insecurities, learn from each other or just connect about what we’re into.”

“As real-life moments continue to highlight our shared need for understanding and belonging, ‘Find your people’ showcases Reddit’s communities as spaces for everyone to connect and gain honest perspectives from real people with similar interests,” added said Reddit CMO Roxy Young. 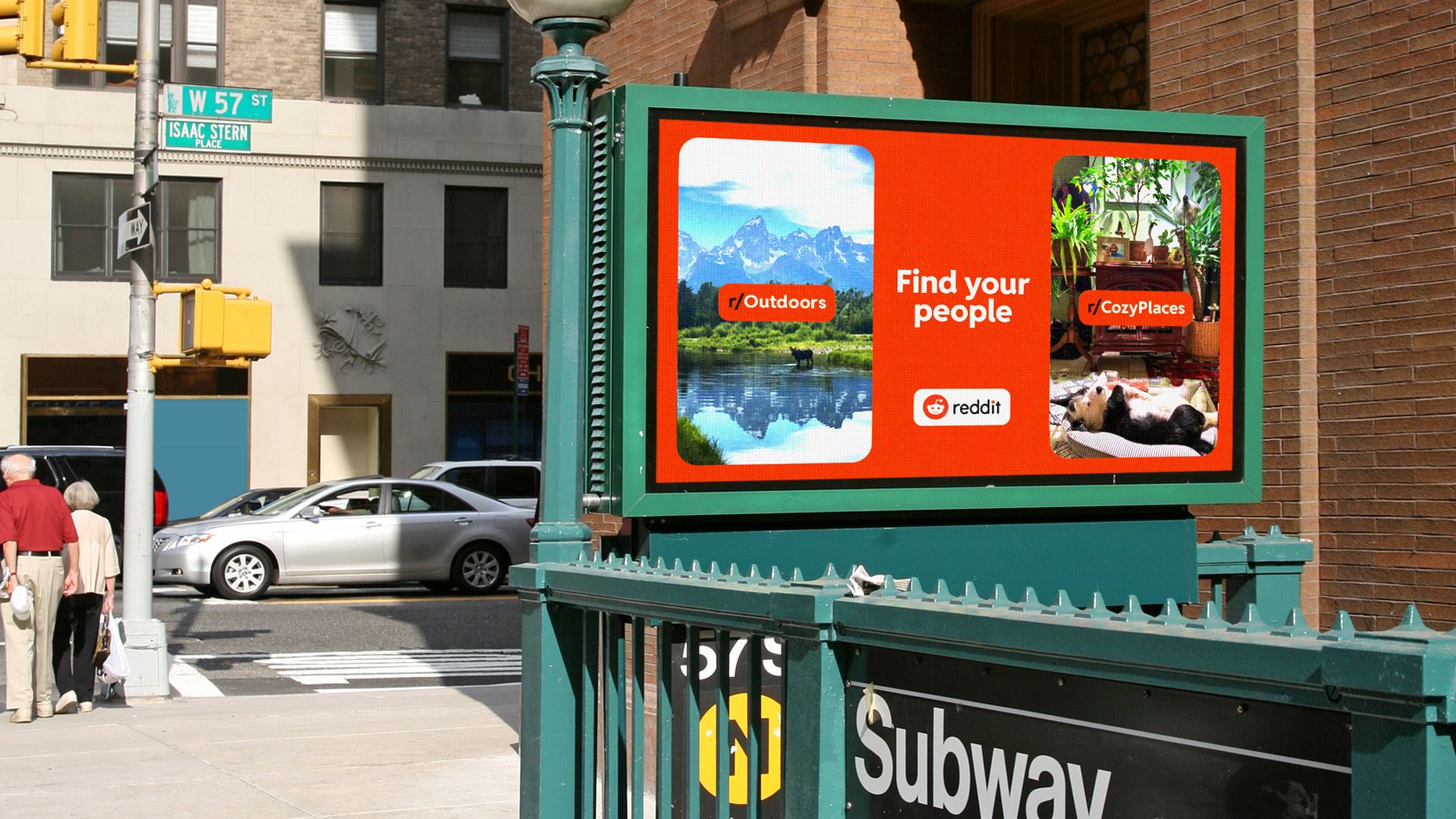 Out-of-home ads in New York City illustrate the “Find your people” idea further: “r/Outdoors” appears on a mountain landscape photo, while “r/IllegallySmolCats” labels a picture of a kitty as small as a banana.

The campaign’s official launch follows a soft debut at the year’s Cannes Lions International Festival of Creativity, where “Find your people” appeared on out-of-home ads greeting festival-goers. Running through the fall, the national campaign will encompass TV, OTT, digital video, paid social, and OOH placements in the U.S. and Canada. 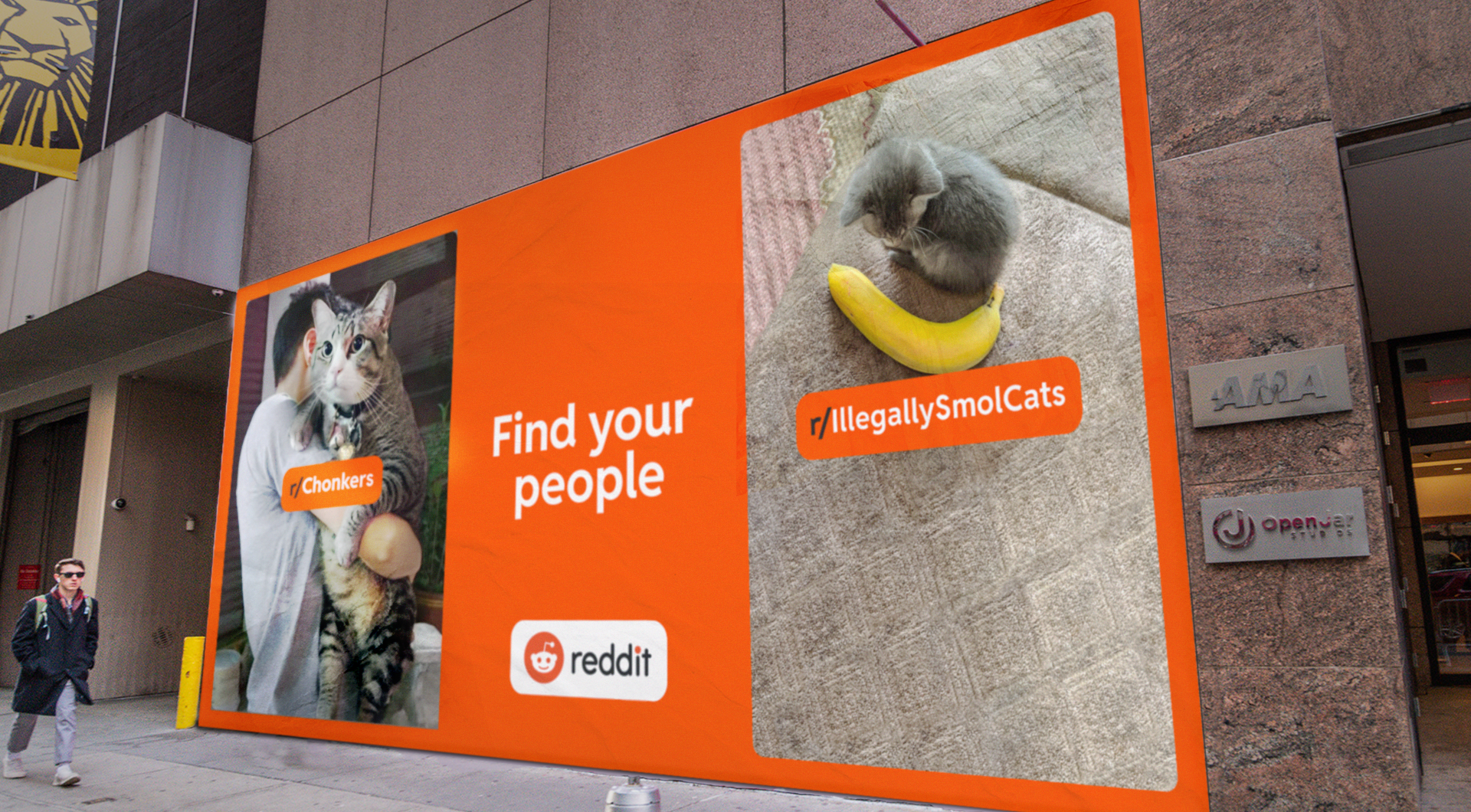