Reuters is positioning itself as "the source" in its first-ever major brand campaign, with creative utilizing quotation marks to emphasize its place as a destination for unbiased reporting.

The news organization worked with VMLY&R on the integrated campaign, which includes a film and out-of-home placements in both London and New York City. The agency was appointed by Reuters in 2020 without a pitch.

The film, a fast-paced journey through news footage from around the world spanning several decades, is voiced by Reuters journalists based across the globe, including two winners of the Pulitzer Prize; Wa Lone and Andrew Marshall. It starts with the words, "We tell all sides, but take none," then goes on to emphasize that Reuters reports with "no bias or agenda" to "tell the real story."

Reuters' decision to work with an agency to create a major brand campaign comes in the wake of other news organizations, such as the New York Times and the Financial Times, marking their positioning as trusted sources in a world of fake news and misinformation. The New York Times is currently shining a light on its journalists and their quests for the truth in a campaign that includes TikTok executions, while the Financial Times recently launched a new campaign reflecting on post-pandemic life in a series of open letters written by its journalists and employees.

For Reuters, the positioning emphasizes the fact that it is used as a source by other news organizations. Both the film, and billboards, which are running in high-profile sites such as New York's Times Square and London's Canary Wharf, use quotation marks to frame the images. The idea is to position Reuters as the universal symbol of reporting directly from the source.

“With the intense speed at which information travels and the proliferation of misinformation, people and organizations need a source they can rely on for the unfiltered truth," said Reuters CMO and Head of Reuters Professional Josh London, in a statement. "‘The Source’ squarely tells them that place is Reuters.”

“With 2500 journalists in 200 locations around the world, our strength spans markets and geographies, delivering the deep global and local expertise that is uniquely Reuters,” added Alessandra Galloni, Reuters editor-in-chief. “’The Source’ campaign puts that unique value front and center, showcasing what Reuters has been for nearly two centuries: the place for trusted, unbiased news.” 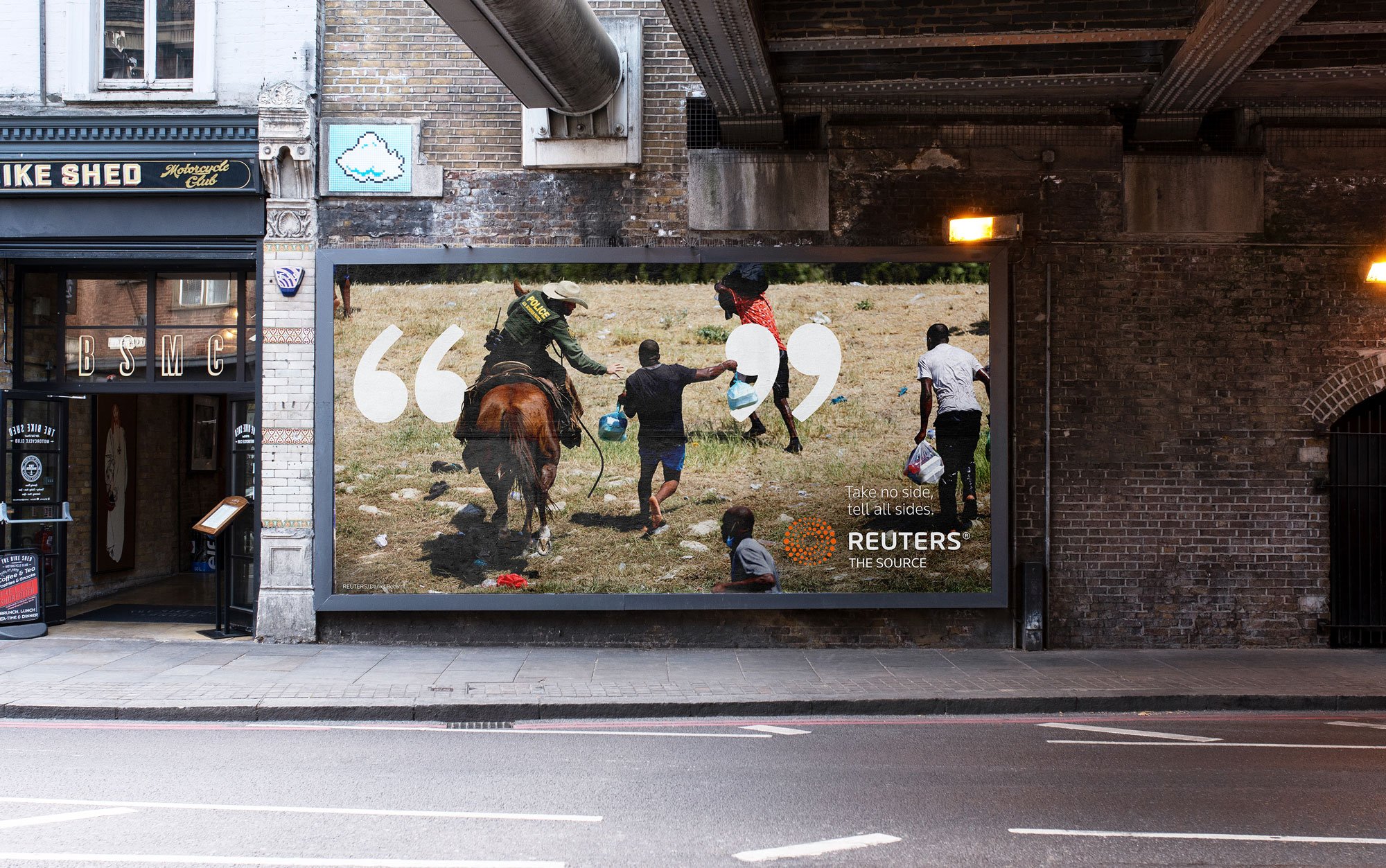