Freddie Mercury, Billie Eilish and Lil Nas X are among the musicians whose looks inspire the new campaign

Ahead of Halloween, Spotify is showcasing “scary” musicians—shocking and daring artists who pushed the boundaries of style and culture.

Music fans in New York City will also be able to emulate such artists at a pop-up shop that will feature musician-inspired costumes and memorabilia. There’s a Billie Eilish spider crown, a Lil Nas X “Old Town Road” jacket patch, a Madonna “BOY TOY” belt from her 1984 MTV VMA performance of “Like a Virgin” and a replica yellow python, as worn by Britney Spears circa 2001. 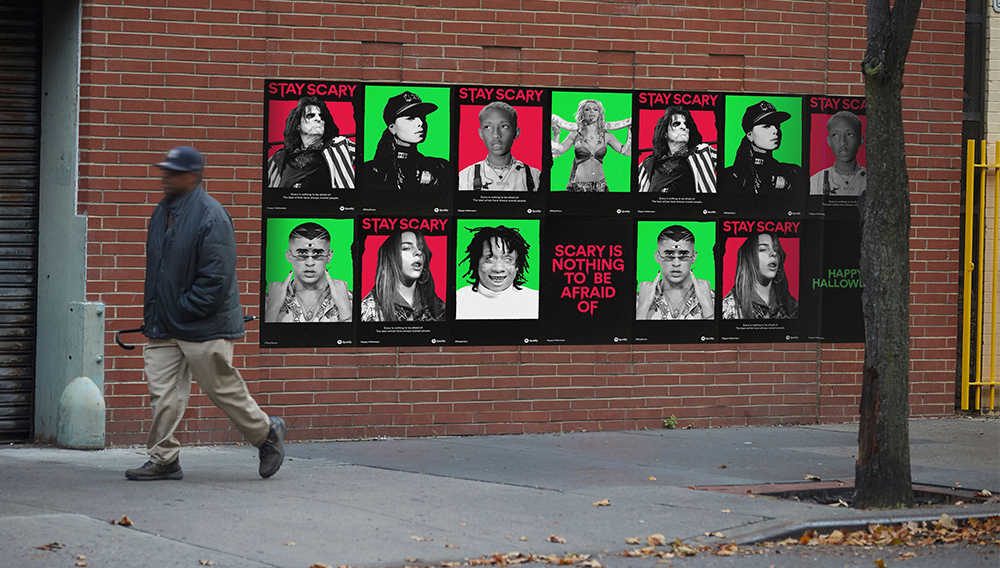 The campaign also includes a series of three short films highlighting some of the "shockers." Freddie Mercury refuses to apologize to people offended by his clothes or choices, Janet Jackson rebuts short-sighted critics of her album “Rhythm Nation 1814,” which went Platinum six times, and onlookers marvel as Johnny Cash continues to perform in prisons across California.

“While most of us are only brave enough to wear costumes one day a year, the best artists take chances and push boundaries all the time,” said Spotify VP-Global Executive Creative Director Alex Bodman in a statement. “We wanted to celebrate the iconic artists that have shocked, and at times challenged people, and in doing so moved culture forward.”

Production Partner :
You Too Can Woo

Spotify: Spotify's 2021 'Wrapped' campaign is the soundtrack to the 'new normals'