Darren Criss stars in a commercial disguised as a movie trailer that has all the cheesiness one would expect from Taco Bell.

For the fourth limited-time run of Nacho Fries, Taco Bell is back with another movie-themed campaign. Criss stars as Zack Collins, a singer discovered while he croons about his true love: Taco Bell’s Nacho Fries.

The trailer-style commercial for the fake film, called “Chasing Gold,” has all the trappings of a teaser for a feature film about a singer. There’s his early start, scenes of him recording his big hit song, his soaring popularity and his fall from stardom.

The campaign, created out of Taco Bell's creative agency Deutsch L.A., features a song written by music production company Jingle Punks. Lyrics include “how can I find a way without your Mexican spice,” “the melt of your cheese brought me to my knees,” and “maybe love only lasts for a limited time.”

The limited-time lyrics refer to Taco Bell’s decision to rotate Nacho Fries on and off the menu. The item debuted on the national menu in January 2018 and this is its fourth run.

“We know it works best for us as a limited-edition product,” says Thalberg.

The product has boosted sales. Earlier this year, one out of every four orders at Taco Bell included the fries. Still, Thalberg says Nacho Fries aren’t slated to join the permanent menu, even though “the demand is there from our consumers, I think they’d love to have it all the time.”

The trailer-style ad will run in movie theaters. The brand also has plans for an appearance at the MTV Movie Awards. Taco Bell is getting the 3-minute ballad, “Love of My Life,” played on iHeart radio. Taco Bell is already distributing sheet music of the tune to fans, so they can sing (and play) along (see below).

Criss, who won an Emmy and a Golden Globe for "The Assassination of Gianni Versace: American Crime Story" and who acted and sang years ago on "Glee," is the third main actor to star in the Nacho Fries campaign. 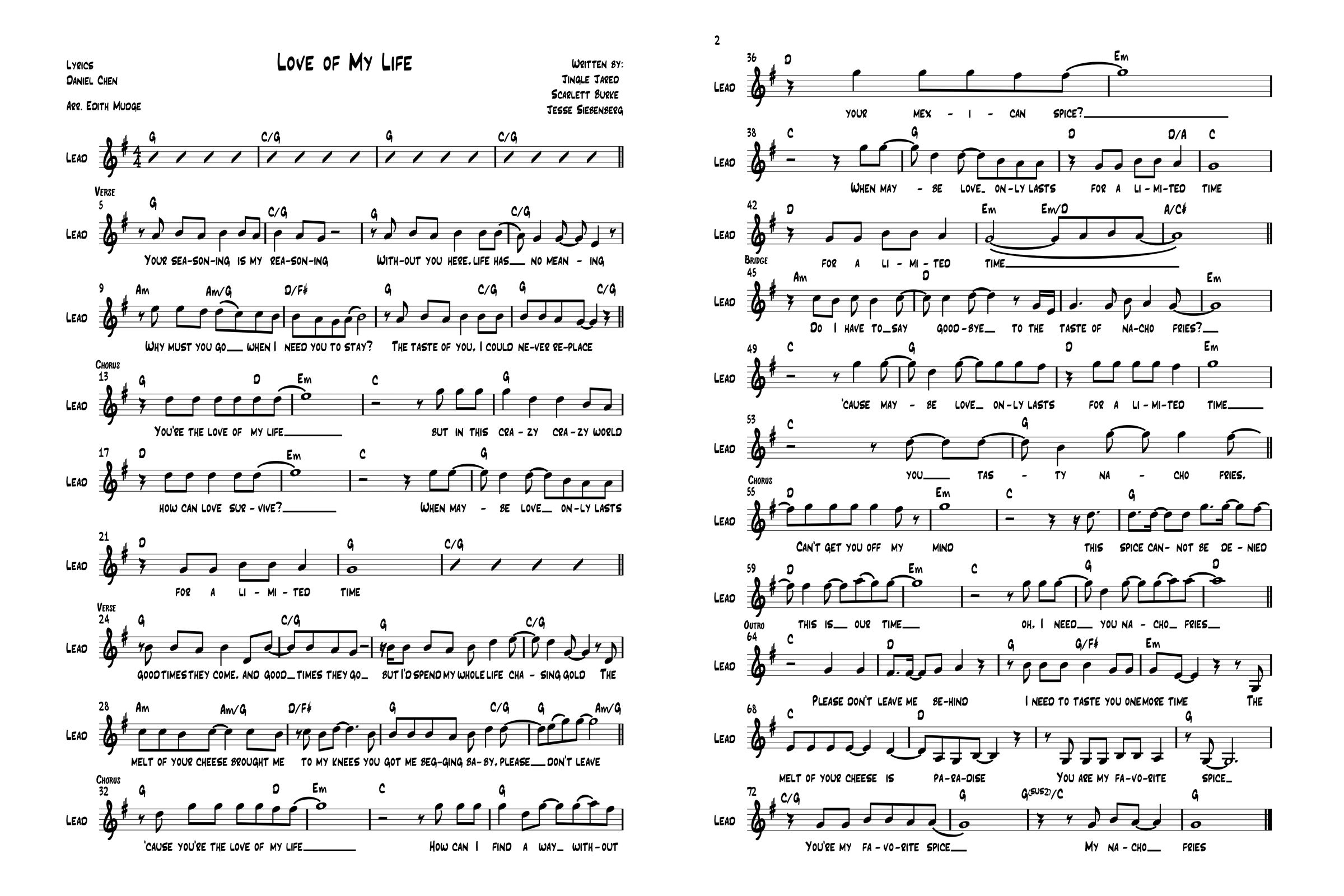