Ahead of the FIFA World Cup kicking off this weekend, Ted Lasso, the fictional soccer coach from the Apple TV+ show played by Jason Sudeikis, is cheering on the US Men's National Soccer Team via a series of billboards that have started appearing in the players' home towns.

The messages, written in the voice of Lasso in a Comic Sans-esque font, have appeared in 27 locations across the US including San Diego, Brooklyn, Seattle, St Louis and Bergen County, N.J. , and several other hometowns of both players on the team and their coach Greg Berhalter, including near some of their high schools.

The boards have been going viral on social media: at first, some hought the USMNT itself was behind the stunt but it transpired today that they were actually put up by Apple TV+ and its agency, TBWA/Media Arts Lab. But USMNT has been responding on Twitter), as has "Ted Lasso" himself, who  responded on social media with the comment: "Like most M. Night completists, I believe in signs. Go get ‘em, boys!" The personal messages will also appear in local newspapers.

Meanwhile, Ted Lasso/Jason Sudeikis seems a popular choice for advertisers around the World Cup -- the actor also pops up in McDonald's global spot. 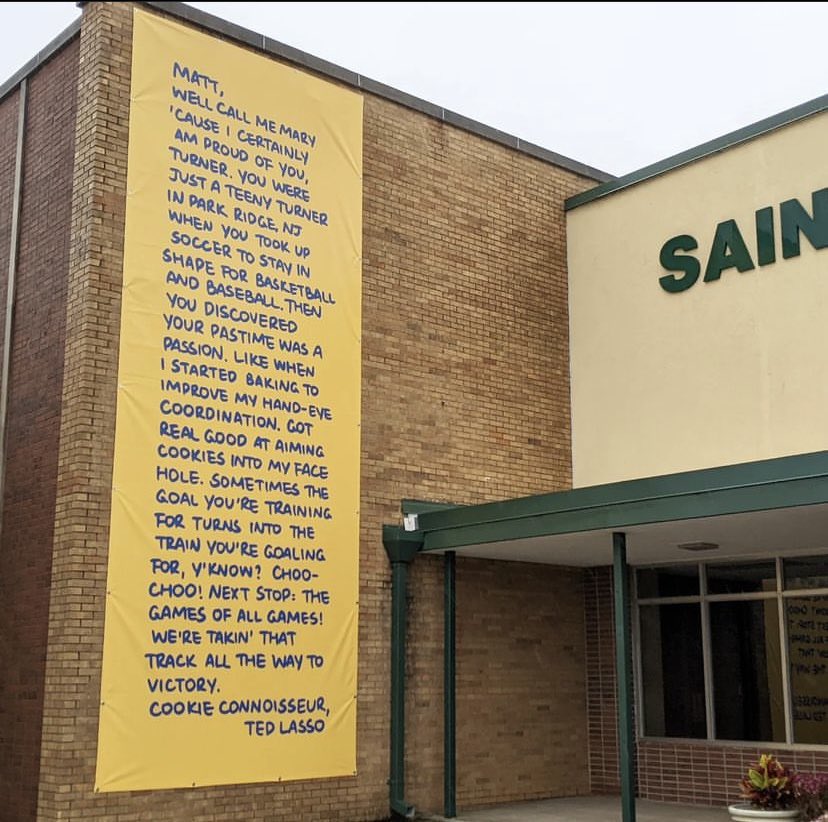 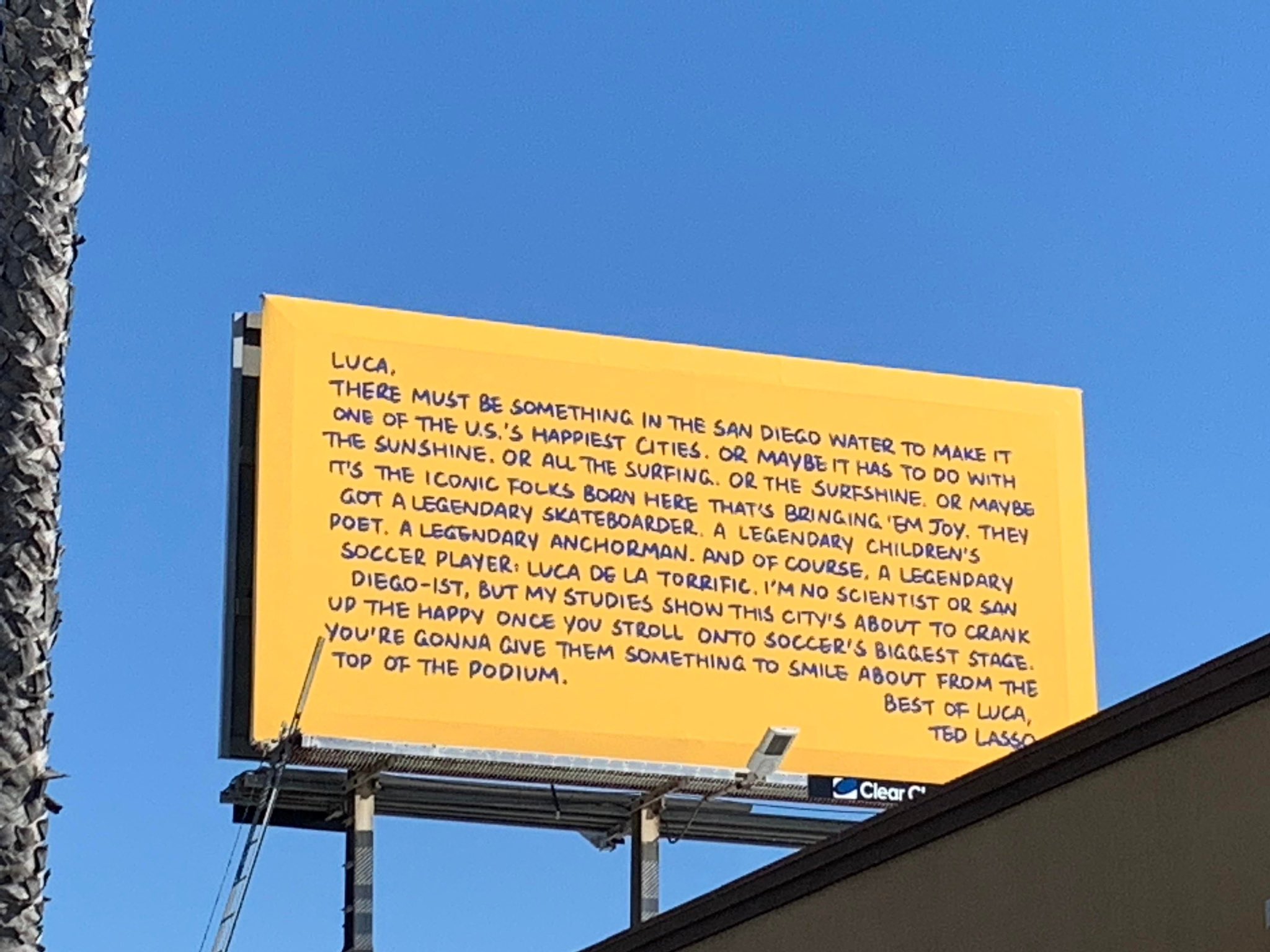 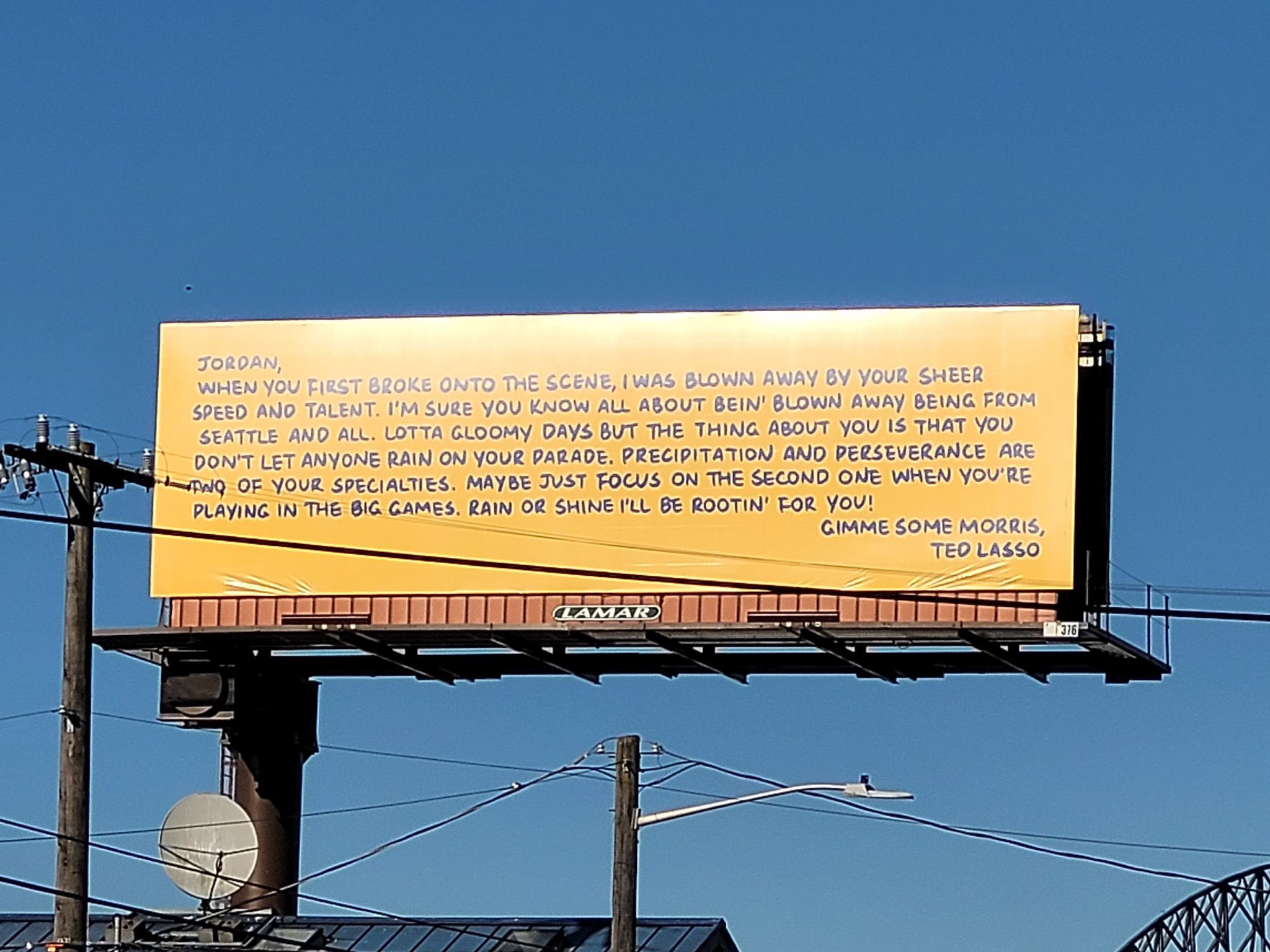 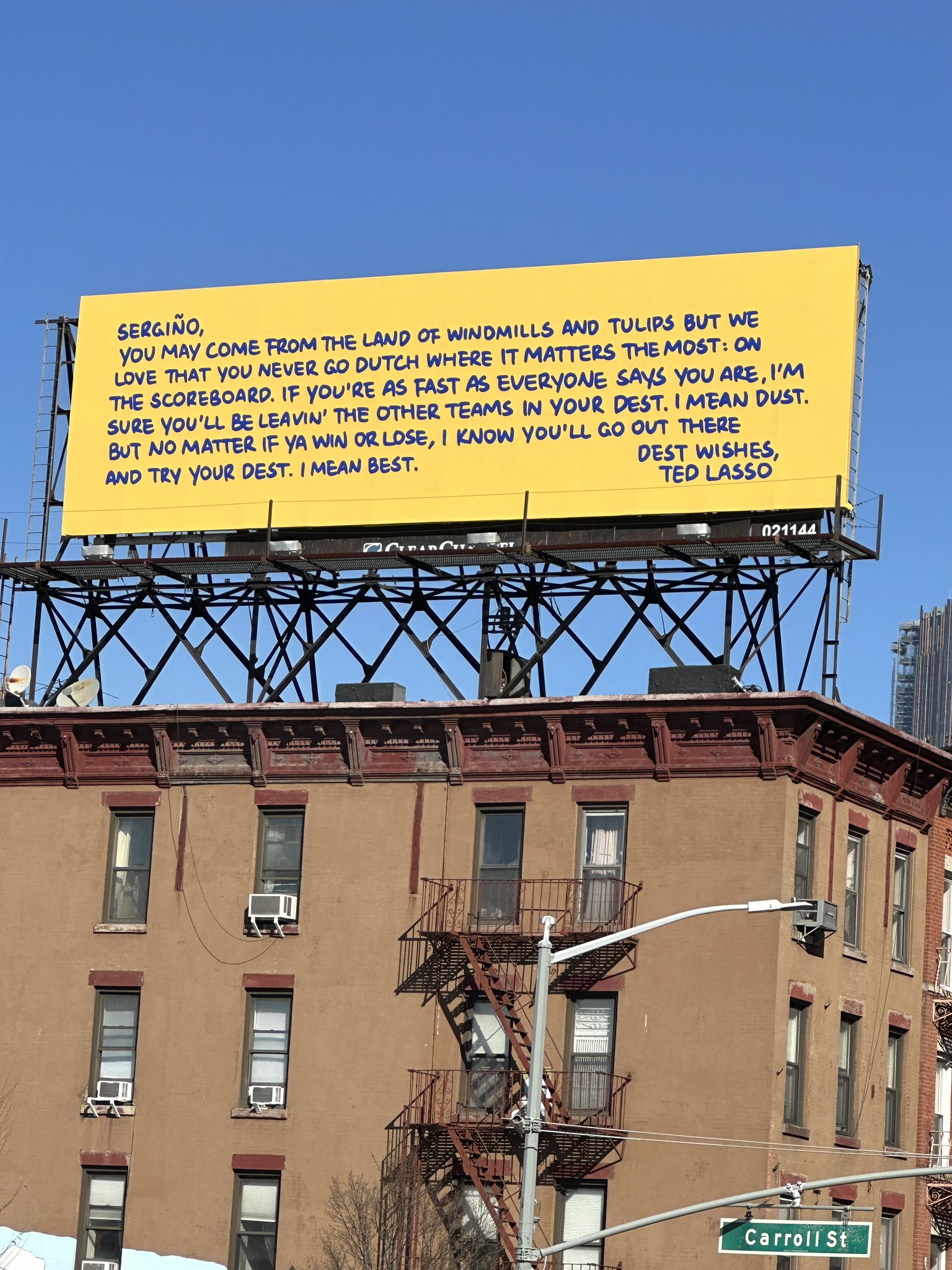