Vogue Italia’s current issue makes a sharp turn from what was originally intended for its pages, typically reserved for the latest in fashion news. Its centerpiece is a stark all-white cover that opens onto contributions from more than 40 individuals across art, fashion and culture, who have shared their personal artwork and thoughts as they’ve been sheltering in place.

“In times like this, we felt that a silent cover would speak louder than any word or image,” says Ferdinando Verderi, Vogue Italia’s creative director who also serves as executive creative director at Johannes Leonardo. “It’s a universal message of purity, strength, respect, and hope.”

That “universal message” conveys multiple ideas. Its color suggests doctors’ uniforms, the blankness hints at the time and space now afforded to those sheltering in place. The white page also hints at a canvas, pointing to possibilities for a new future. It also stands for silence, not imposing one distinct story.

It’s the magazine’s first-ever white cover, but it hearkens back to British Vogue’s all-blue cover from its October 1945 “Peace and Reconstruction” issue, which aimed to symbolize the clear, blue, bomb-free sky to celebrate the end of World War II. 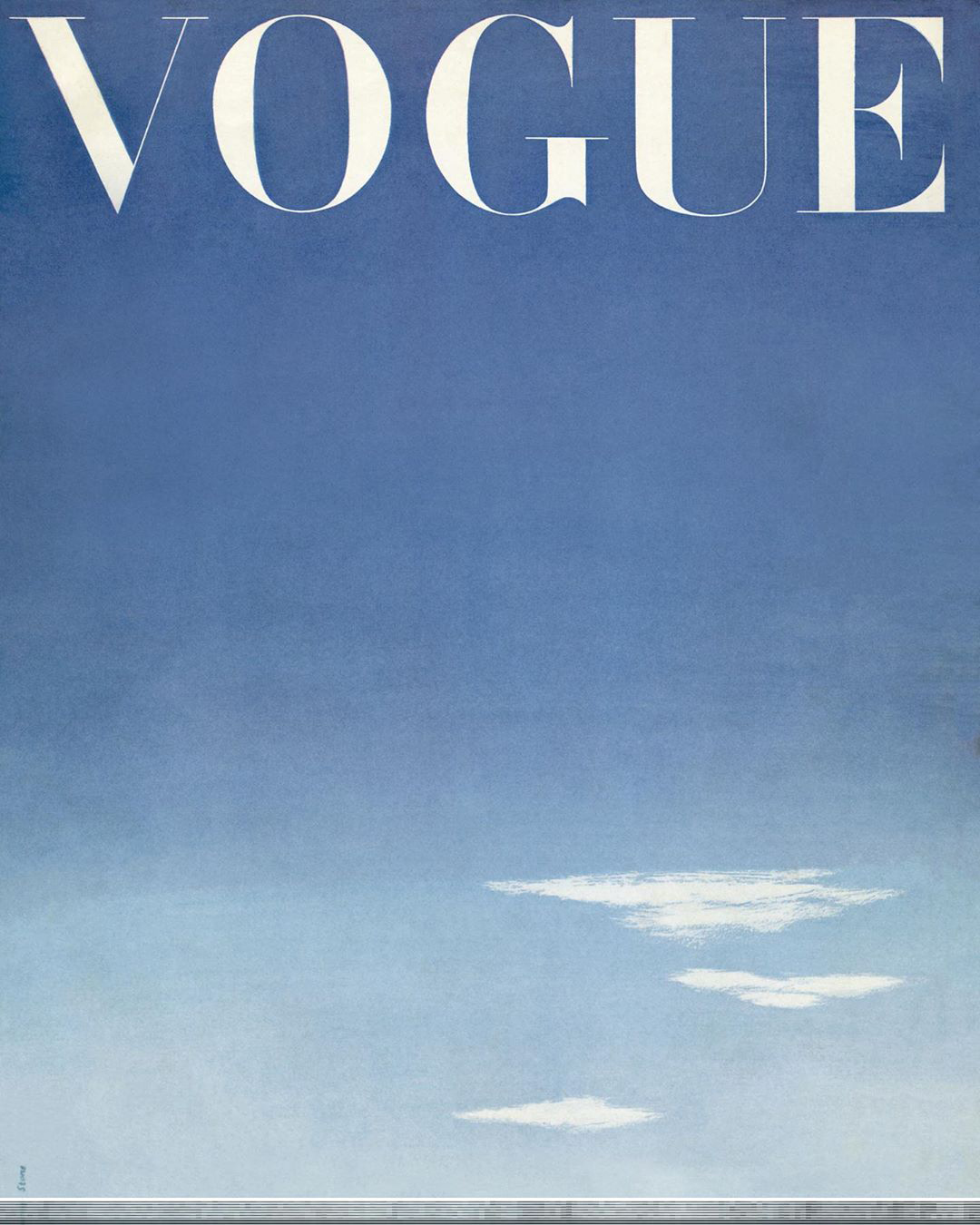 Inside can be found art and words created by a slew of notable names, including photographer David Sims, Ryan McGinley, Steven Klein, Mert Alas and Marcus Piggott, Roe Ethridge as well as fashion models Gigi Hadid and Lindsey Wixson-Young.

"We personally asked each artist to ‘stay true to the constraints that we are all sharing in these difficult times, creating simple, honest images,’ and to depict the fashion ‘in a way that most reflects their personal moment, with nothing else in mind,’” Verderi says. “It’s fair to say that the resulting images depict the widest range of emotions. Seen together [they] create a long distance community effort that becomes an important visual document of the times we are living."