There’s more to context than meets the eye

OpenSlate’s chief product officer reshapes the conversation around contextual advertising—breaking down what it actually means and showcasing new possibilities for marketers.

The sky is falling in the digital advertising world. Marketers are despondent about the impending evaporation of identity-based targeting, publishers are fearing subsequently lower CPMs and attribution measurement is swirling around, and about to go down, the drain.

Don’t despair. There is hope! Our old friend contextual advertising is here to save the day, or at least lend a hand. But when we discuss the “context” in contextual advertising, too often its definition gets watered down to simply mean the topics that are found in a single piece of content.

If we take a step back and think about the bigger picture, there’s so much more to it, and so many ways contextual advertising can solve the problems of today.

In the digital realm, contextual advertising was spawned in the early days of the internet, the very moment when the first ads were bought and sold. The act of selecting what websites on which to run or not run your ads was a contextual decision. This lives on today with blocklists, allowlists and other holdovers from these formative years. But, true to the nature of the internet, we couldn’t just stop there. Things had to get better (a.k.a., more complicated).

When phones got smarter, it became possible to choose the device you wanted your ads to be seen on. When the world started watching videos and streaming audio over the internet, choices were made around the best media formats that got the message across. And then things ratcheted up even higher when the entire world joined in on the fun and everyone became creators—first with the blogging explosion, which then was quickly eclipsed by the unstoppable wave of social media. Another dimension of contextual advertising was born around where our ads should appear in the swirl of global human discourse.

Domain, device, format, topic, platform, creator: From those early days through to today, these controls are some of the dimensions that define the environment in which an advertisement appears. The promise of contextual advertising is the ability to put that power to use, to capture a given moment when the environment combines with an advertisement to maximize impact on an audience.

Fast forward to 2021, and despite the global insanity spawned by the clash of society and technology, the world of contextual advertising has actually gotten better. Just in time … see, I told you it was here to help. And when we take a minute to think about it, context doesn’t just mean the subject matter that your ads are running adjacent to. We also see other powerful concepts coalescing in the world of contextual advertising. Let’s talk about a few of these.

Brand safety. Is brand safety contextual? It’s one of the most basic contextual products, but ensuring that advertisers aren’t associated with content espousing hate speech, violent crime and other sensitive issues has never been more of a hot-button issue.

Most advertisers agree that this type of content is harmful for their brand. Thankfully we have leadership by the 4A’s and the World Federation of Advertisers (WFA) pursuing safety standards in the form of the Global Alliance for Responsible Media (GARM) framework, and platforms like NewsGuard that have developed trust ratings. Efforts like these are bringing an objective lens to safety and taking this longstanding contextual offering to the next level.

Suitability. Kind of like a curious cousin to brand safety, contextual suitability is totally subjective and that’s the point. The contextual environment that’s suitable for Brand A may be totally different for Brand B. Let’s say a brand had a product recall that’s getting a lot of negative press, or doesn’t jibe with video gaming content, or thinks the world of ASMR is just a bit too weird. Suitability is a palette of levers that define essential contextual do’s and don’ts for a specific brand.

Subject matter. The topics that are found within a piece of content are commonly what people consider context. It’s not wrong but it ain’t everything! That said, the subject matter of content is an incredibly important and powerful dimension in defining the full contextual picture. What content is about can say a lot about the audience reading it. Usually the trick with subject matter is to consider high-level categories that preserve scale while knowing there will be other constraints across your campaign. And don’t tie yourself in a bind nitpicking over subcategories and micro-targets.

Attention. Huh, what was that? That’s right, I said attention. Perhaps not a dimension most associate with the world of contextual advertising, but when we widen the aperture beyond content classification the larger context does include the environment in which an ad is delivered. Ads are pretty much only impactful when they get noticed, and attention means assurances that the environment is conducive to an ad being viewed by valid humans, and other indicators across a plethora of potential audience engagement signals.

Creator. Frequently, dare I say almost exclusively, contextual solutions are microfocused on analyzing one piece of content, be it a video, a podcast or an article on a website. But where did that content come from? Who created it? And by extension, who are the fans and followers that are so passionate about the creator? By solely focusing on subject matter, advertisers and contextual solutions miss the bigger picture of the reason an audience finds and follows a creator.

For example, I’m going to watch Trevor Noah because I want a laugh, or “The Bachelor” because I want to cry, not because of the individual themes found within each episode or stream. And therefore, whatever audiences choose to follow, watch or stream says volumes about their mindsets, which is a powerful contextual dimension.

Quality. Last but certainly not least, we have seen quality emerging as The Next Big Thing in contextual advertising, but like much of the above it has been around for a while with (shameless plug) OpenSlate’s introduction of the quality-based SlateScore on YouTube back in 2015. Quality is perhaps the most sophisticated of contextual solutions, and can include many attributes such as engagement, followers, screen clutter and other metrics, all rolled up to give advertisers the basic idea of whether or not their ads are running in a clean, well-lit context.

So let’s step back and take a broader look: When we say “context” in digital advertising it really means a lot of things and its definition keeps expanding as technologies, platforms and environments evolve. The best contextual strategy is to build an understanding of the levers that are right for your brand, campaign, publication or platform, and paint that bigger contextual picture of where your audience connects most successfully with advertisements.

And by doing that, the fear of losing connection with your audience is not only mitigated, you’ll actually learn more about who those people are through the lens of context.

OpenSlate is a global, content-focused measurement and analytics company. The company's technology and independent ratings system provides insight into the nature and quality of content on the world's largest digital video platforms. OpenSlate is the only company that can comprehensively measure brand safety, suitability and context for advertisers, and identify the most effective content for their campaigns. OpenSlate is used by every major advertising holding company, as well as the world's largest advertisers. 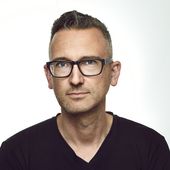 Andrew Smith is chief product officer at OpenSlate, a leading contextual advertising platform, where he is responsible for product vision and strategy. His career has been shaped by more than 30 years of devotion to media, including work at Oracle Data Cloud, Moat, Grapeshot and VICE Media, where he has sought to evolve the space through innovative approaches to content and commercialization.