AppNexus Adds to Leadership Team with New CMO and CIO

Ad-tech company AppNexus is filling out its executive team, adding a new CMO and CIO as it staffs up and looks to more clearly define its brand.

With the company in the middle of significant expansion -- the capacity of AppNexus' New York headquarters is doubling -- the new executive hires are tasked to bring stability to the growth and clearly define its value to advertisers, publishers and ultimately, Wall Street. 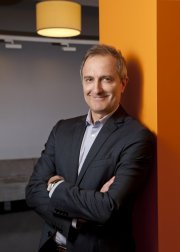 Thomas Butta, who previously served as a CMO at three other companies including Red Hat Software, will take on the same role for AppNexus. While at Red Hat, Mr. Butta was part of an executive team that helped take the company public, a position he may soon find himself in again.

Igor Shindel, who joined the company last year after a decade consulting for clients including Google and eBay, becomes CIO. 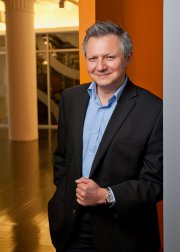 "This is an incredibly exciting moment for us as a business," AppNexus president Michael Rubenstein said of the new hires. "To be able to bring in world class technology and marketing executives from some of the best companies into this company to help us take it to the next level of growth is enormous validation for a company that was a startup a few years ago."

AppNexus is indeed no longer a startup. In the past year, the company added 233 employees, increasing its total headcount to 572. In its New York City headquarters, hundreds of staff members sit beside each other at long desks with no dividers, giving the office an open yet serious feel. Construction on a new floor is also underway. When it's completed, the headquarters will fit 1,000 people.

As the company grows it will look to Mr. Butta to help it tell a compelling story to a wider audience. "This is just the right moment to invest in the brand," said Mr. Rubenstein.

Skeptical publishers
That wider audience will be partly made up of publishers, a group historically skeptical of the indirect sales ecosystem that companies like AppNexus empower. "We have to play a role in helping publishers especially understand that there's real value here," said Mr. Butta. "There is a lot of education that needs to take place."

Another obvious audience for Mr. Butta is the investor community, which has kept a close eye on AppNexus in recent months. After taking a $75 million round of investment in January, and $140.5 million to date, the company may be preparing itself for an exit.

"It's not something that's imminent," said Mr. Rubenstein of an IPO. "But it is something that we've always stated we're very open to when the timing is right."

Mr. Rubenstein added that Mr. Butta's experience with the IPO process was a benefit, even if not the reason AppNexus hired him. "When that moment comes around," Mr. Rubenstein said, "having people who have had experience doing things like that with other companies is going to be a huge asset to us."

When that time comes, the AppNexus team will have their work cut out for them. The recent disappointing IPOs of companies such as YuMe and Tremor may have turned off a segment of investors from wading in the ad-tech waters again. "I do think that we'll have to overcome some of the earlier experiences," Mr. Butta said. "But I think we're pretty confident we can do it."