Plus, the pandemic creates a new type of inappropriate workplace behavior
READ THIS NEXT
How the ad world continues to overlook the Asian community 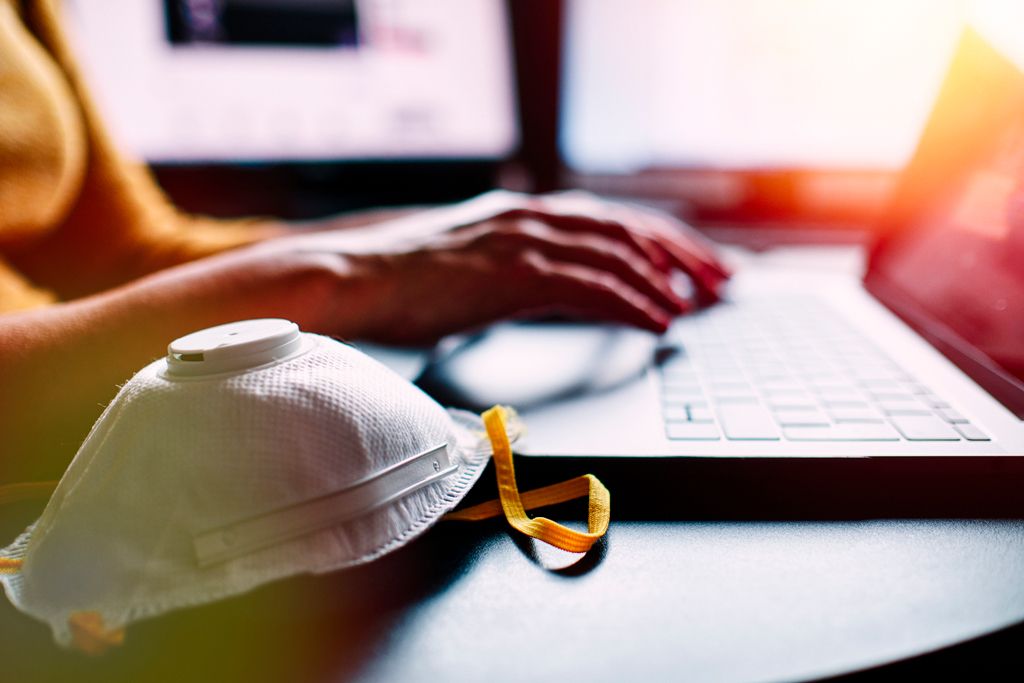 In a matter of months, the pandemic has transformed the way we communicate, where we conduct business, the technology we use, and how we juggle home and work life. Every Thursday, Ad Age looks at how these changes are impacting our professional lives.

The ad world, which has long been reliant on client dinners and networking events, expects to remain predominantly virtual until there is a vaccine for COVID-19, according to an Ad Age survey. Leaders in the ad world expressed skittishness about jumping back into their normal routines any time soon, including traveling or attending in-person conferences.

Some offices are starting to open up for a small contingency of employees, but even as 21% of respondents have already returned to the office, 14.5% are not planning to do so until a vaccine becomes widely available. Some 28% anticipate continuing to work from home indefinitely, according to Ad Age’s survey of more than 700 subscribers.

No one looks forward to sitting down with their boss at the end of the year to discuss their performance, and managers certainly aren’t eager for the cumbersome process of multiple performance reviews. But it seems the pandemic is upending the yearly ritual, with some companies postponing the process and others rethinking how to evaluate employees in a simpler way and on a more frequent basis, according to the Washington Post. Of course, there’s always the issue of how, exactly, managers can evaluate employees who are working remotely and will likely be doing so into next year.

Primed to stay at home

Amazon is the latest company to push back re-opening its offices and will now let corporate employees work from home through June 2021, Bloomberg News reports. The Seattle-based e-commerce giant had previously said workers could stay home until early 2021. Of course, Amazon’s largely blue-collar warehouse employees have continued working at facilities around the country, prompting concerns about safety and stirring labor strife within the company.

Elsewhere in the tech world, Google announced several months ago that it will let employees work from home until July 2021, while Facebook and Twitter have told some staff they may work remotely on a permanent basis.

Dentsu International is the latest agency to break its lease on a new, larger office space on Manhattan’s West Side, according to Business Insider. Dentsu had intended to bring employees from four separate office buildings into a larger space that it leased late last year, before the pandemic hit. It is reportedly now looking to sublease that space.

A new type of inappropriate behavior is emerging for the remote working world. Writer Jeffrey Toobin was suspended by The New Yorker last week after exposing himself on a Zoom call. In a statement, Toobin said “I believed I was not visible on Zoom. I thought no one on the Zoom call could see me. I thought I had muted the Zoom video.”

Companies are starting to grapple with the behavior of employees while working remotely. Mindshare CEO Nick Emery was ousted from the company last week due to a breach of the company’s code of conduct, according to a statement by parent company GroupM. While the agency did not provide specifics on the allegations, sources say Emery engaged in a Zoom “prank” that involved taking his computer into the bathroom while the global team was still on the video call.

In the finance world, institutions like Morgan Stanley and JPMorgan Chase are grappling with policing staffers’ use of electronic communications. At both firms, employees have been fired due to communication breaches or unauthorized use of communications technology, according to Bloomberg.

How the ad world continues to overlook the Asian community