So you were hired during the pandemic. Now what? | Ad Age
Skip to main content

So you were hired during the pandemic. Now what?

These executives survived the Zoom job interview, but haven’t met their teams in person and still don’t know the office layout
READ THIS NEXT
What’s next for streaming? Find out on Nov. 10 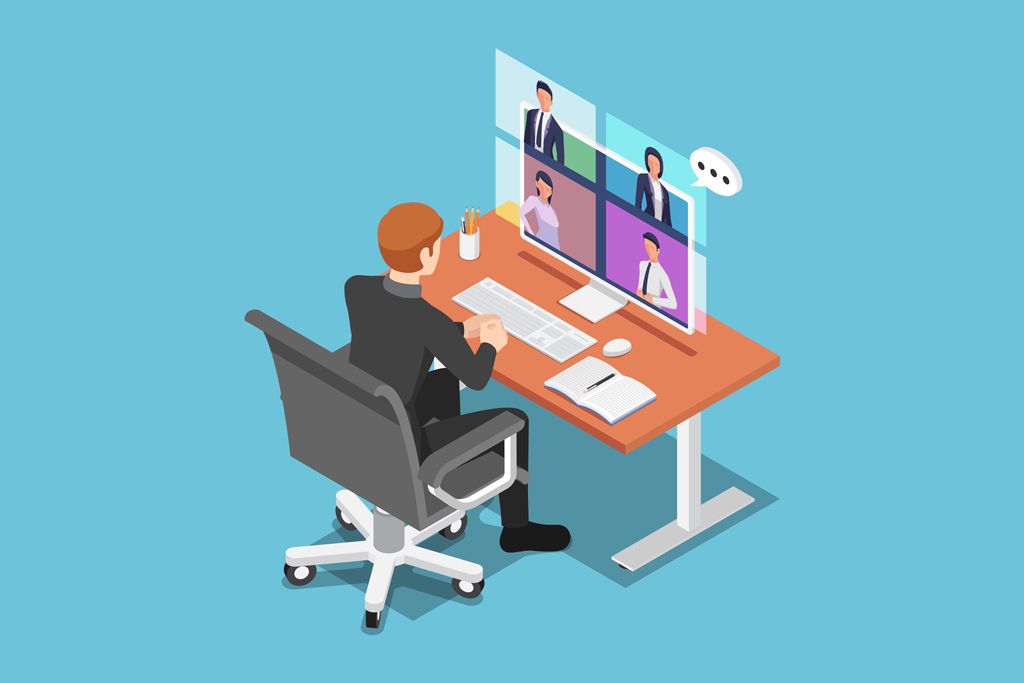 Starting a new job in a pandemic means being your own IT person and none of your co-workers actually knowing just how tall you are.

COVID-19 lockdowns have upended the job market, with thousands in the ad world receiving pink slips since March. But amid all of the layoff news, there are ad professionals who have interviewed and started new jobs without ever having met their teams in person or stepped into their new office building.

Virtual interviews and onboarding practices that have become the norm during this unprecedented time could permanently change not only how ad professionals get a job, but also the avenues open to those in the industry.

When Ben Winkler left Omnicom’s media agency OMD in January, he quickly lined up interviews for other agency roles, typically doing at least one interview a day up until March. But then the pandemic hit and wiped out any job leads. “A company I had been interviewing with went from hiring to cutting employees essentially overnight,” he says.

Given this new reality, Winkler, who had most recently served as chief innovation officer at OMD, refocused his attention on his family. “I instantly got a new job as an elementary school teacher,” Winkler says, referring to the months he spent helping his young children with virtual classes. “There wasn’t the usual guilt that goes with putting a job search on hold. There was no field to plant in.”

But by the spring, it became evident that the advertising shutdown was not evenly distributed. “Agencies are suffering, verticals like travel were suffering, but social platforms, video, technology platforms were surviving, if not thriving, and it was eye-opening to see an acceleration of what kind of companies would grow after COVID,” Winkler says.

Ad tech, which wasn’t an area Winkler had explored prior to the pandemic, became an avenue for opportunity. “It wasn’t even on my radar,” he says. Winkler joined ad tech company TripleLift last month, where he serves as a senior VP, agency strategy, a new role at the company.

The pandemic has likewise led many people to question where they sit in the ad industry, and despite the global uncertainty, there is an openness to doing new things, says Jay Haines, founder, Grace Blue, an executive search firm for media, marketing and communications sector. “Instability has become inevitable and has made people feel braver to step back and take a look at their career,” he says.

Haines says he sees ad professionals exploring more lateral moves rather than linear and willing to explore things they wouldn’t have considered even six months ago.

The ability to work remotely has also opened a much wider talent pool for agencies and brands as well as advertising professionals who may not want to relocate their families, he says.

The hiring of chief marketing officers, which took a dip in the early months of the pandemic, are bouncing back with several high-profile vacancies filled in recent weeks. Aetna, Prudential, Kellogg Co., Mazda and Target are among the major companies that hired senior marketing leaders in September. “The last two months it’s really sprung back,” says Richard Sanderson, who specializes in CMO placements for executive search from Spencer Stuart. He projects that hiring could accelerate further in the first half of the year as CEOs “grapple with the aftermath of the immediate pandemic period.”

He says they will be asking questions about whether CMOs have “focused on the right messages, the right media mix and the right products/services to respond to the ‘new normal’ [and] have CMOs built the right capabilities into their teams to harness the acceleration of digital trends caused by the pandemic?"

For those starting new leadership roles during the pandemic, vulnerability and communication have been key to developing relationships from a distance. It’s not only about getting to know employees from afar, but helping them adjust to a new boss while working in a new way.

Sarah Hofstetter, who joined Boston-based Profitero, an e-commerce analytics company, as its new president in April, has spent time trying to give employees the confidence to plow forward. “These are new parents, people who moved back in with loved ones, saying 'Who are these New Yorkers telling us what to do?' I’ve had to earn their trust Zoom by Zoom.” After a three-month trial run at the company starting in January, Hofstetter and Bryan Wiener, CEO, joined Profitero full time in April.

“What I think has worked and led the teams to believe and trust in us was a high degree of vulnerability,” Hofstetter says, adding how she was open about her worry about getting her son, who was in Israel, back to New York during lockdowns.

“I try to inject levity and some humor,” says David Cohen, who joined the Interactive Advertising Bureau as president in April before being elevated to CEO last month. “You have to push yourself to be transparent, vulnerable and overshare.”

Rafael Rizuto started interviewing for his current role as chief creative officer at BBH New York in January. At the time, he flew to New York from his home in San Francisco several times to meet with the leadership team. But since starting the job at the end of April he has still yet to meet any of his direct reports in person.

“I am a very people person. I like the energy of being with people,” Rizuto says. Still, he says starting the job remotely has actually made him feel closer to his team than if he was physically in the building. “I feel like I am visiting their homes every day,” he says.

The week before Rizuto started at the company, he was brought in to lead a big pitch. He didn’t know the team yet and they didn’t know him, but he says, “the whole process brought empathy. We are more forgiving of little mistakes or imperfections.”

Then, on his first official week on the job, BBH went through a restructuring. “I came in trying to keep spirits up,” he says. “It’s not easy; it takes a toll.”

There are new norms for hiring and starting a new job that have developed during COVID that could carry into a post-pandemic world.

The onboarding process for new employees is one area that could permanently change thanks to the necessity born during the pandemic. “We are making such careful efforts to overcompensate for what we don’t have,” says Hofstetter. “Throwing people into the deep end of the pool doesn’t work when they are in their living room or basement.”

TripleLift has created an entire virtual onboarding process. On Winkler’s first day, he signed on to his email to find invitations on his calendar to meet with human resources and leaders of various departments. He also received a spreadsheet with more than 30 training modules created in house and short 30-second videos from the heads of each department introducing themselves. Winkler’s boss also preemptively plugged one-on-one meetings into his calendar that stretch out for the foreseeable future to meet with people inside the company. There is a company Wiki that anyone can edit, and is filled with critical information that’s searchable.

“This is accelerating the centralization and distribution of institutional knowledge,” Winkler says. This becomes especially important when you “can’t fall back on just asking the person next to you,” he adds.

Virtual interviews are now commonplace and are expected to last into at least the near future as few candidates feel comfortable boarding commercial flights, Spencer Stuart’s Sanderson says.

The upside of interviewing virtually is “almost every interview happened on time and on the right day,” Winkler says. “Without travel, conferences, community, the number of excuses to reschedule or cancel things has dwindled considerably.”

'You want to see them below the neck'

But Hofstetter says virtual interviews are not a long-term solution. When hiring for a global head of ad sales, Hofstetter decided to meet him in person, socially-distanced, on a patio outside the Marriott in Mystic, Connecticut, which is halfway between New York and company headquarters in Boston. “I had a very hard time interviewing someone who will be side-by-side with me without meeting them in person,” she says. “If you are going to leave a job amid so much uncertainty, you want to see them below the neck.”

And while working remotely has proved successful for many companies, it’s harder starting a job virtually. “The part I am struggling most with is trying to pick up the vibe; there’s no vibe to walk in on – no big lobby or free snacks at the end of the hall. All of that has to be delivered through emojis on Slack,” Winkler says.

But there is one new rite of passage for incoming employees that's emerged during the pandemic -- guessing their height. “In a Slack channel they are trying to guess how tall I am since they only ever see me from the waist up,” Rizuto says.

Of course there's a flip side to that. “I’m tall, and whatever advantage that gave me in business no longer exists,” adds Winkler. 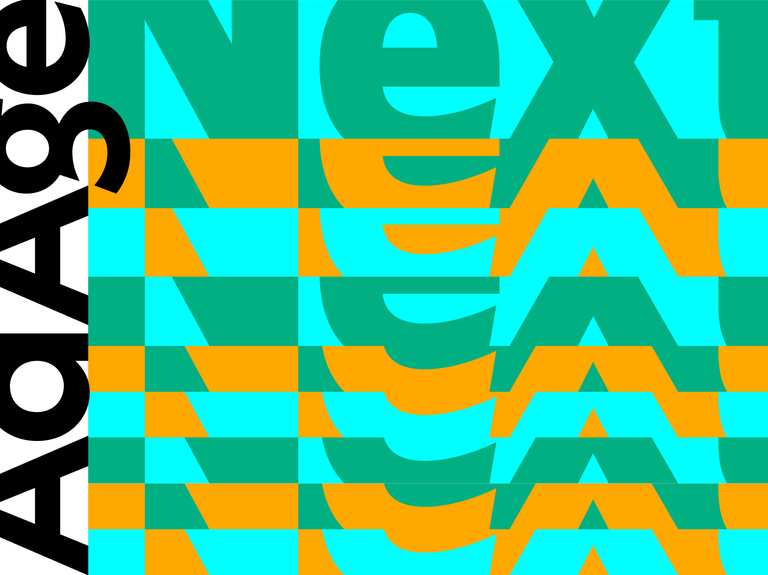 What’s next for streaming? Find out on Nov. 10

Happy Birthday, Ryan Reynolds! These are your 10 top-scoring ads