READ THIS NEXT
Planned Parenthood launches Roo, a sexual health chatbot for teens 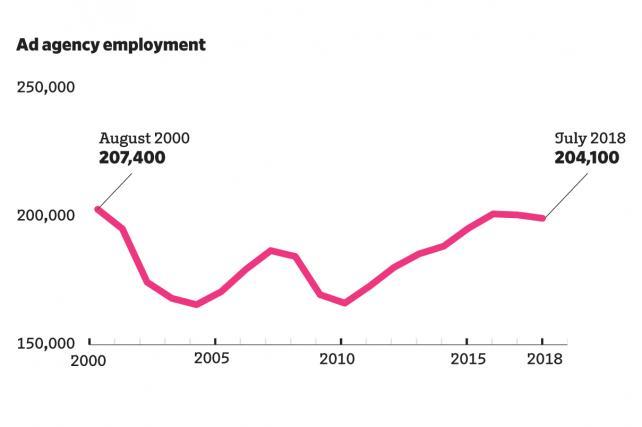 What talent crunch? Ad agency employment surged to its highest level since 2000, according to the latest Bureau of Labor Statistics figures.

The uptick signals at least a short-term turnaround from a sluggish period of employment: Agencies actually cut jobs each month from September 2017 through January 2018 and then did only limited hiring from February through May.

Agencies had been on the sidelines this year while the nation's overall employment continued to hit records, with the U.S. unemployment rate in August holding at a low 3.9 percent.