Procter & Gamble Co. expects its agency consolidation process to take a year or two and come largely through discussions with agency executives, though it's likely to involve reviews in at least some cases, according to Global Brand Officer Marc Pritchard.

Chief Financial Officer Jon Moeller announced the initiative on P&G's earnings conference call earlier on Thursday. In an interview, Mr. Pritchard said the expected savings of up to $500 million annually in agency fees and production costs will be "largely incremental" to what P&G already has accomplished through belt-tightening efforts of recent years. It will also be on top of this year's already-booked cuts in non-media costs, which were running around $490 million on an annualized basis as of the quarter ended Dec. 31, according to comments in January by Mr. Moeller.

That implies combined savings of as much as $1 billion, which is huge even for a marketer that spent $9.2 billion globally on reported advertising spending last fiscal year.

As of 2009, P&G spent around $1 billion on agency fees and had 2,500 marketing-services agencies, according to a presentation company executives made at a 4As conference that year. Since then, P&G's sales have risen by around $10 billion and its reported advertising spending (which includes some agency and production costs) has grown by around $2 billion.

P&G's shift to digital media has led to a substantial increase in agency and production outlays, Mr. Pritchard said, though he declined to disclose spending in the area or how many agencies the world's largest advertiser works with.

"We started looking at this a couple of years ago," he said, "because the amount of content required and the fragmentation of media and the number of touch points where consumers were going and agency sub-specialization have created a lot of extra work and in some cases a lot of extra cost." 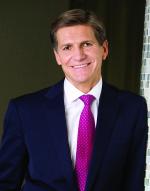 But it's not just about cost cutting, Mr. Prichard said, and he hasn't set a numerical goal for the reduction in agency count. "It's critically important that P&G brands have the best creative quality and the most effective communications," he said. So the goal isn't just to consolidate, he said, but also to "improve the lineup, so our brands are working with the best talent in the world."

How P&G can do both will of course, be interesting to see. Mr. Pritchard said he's open to all ideas, including client-specific groups within holding companies, such as what WPP has created for rival Colgate-Palmolive Co. and other companies.

"I'll be interested in what individual agencies or holding companies can offer," he said. "The world of brand building is transforming fairly significantly, and that is bringing with it new business models. We are absolutely wide open."

On other points, Mr. Pritchard said: