Larry Adams was driven to start the shop after seeing a lack of diverse leadership while working on Mike Bloomberg's presidential campaign
READ THIS NEXT
Cannes plans may change: Hybrid virtual and in-person event under discussion 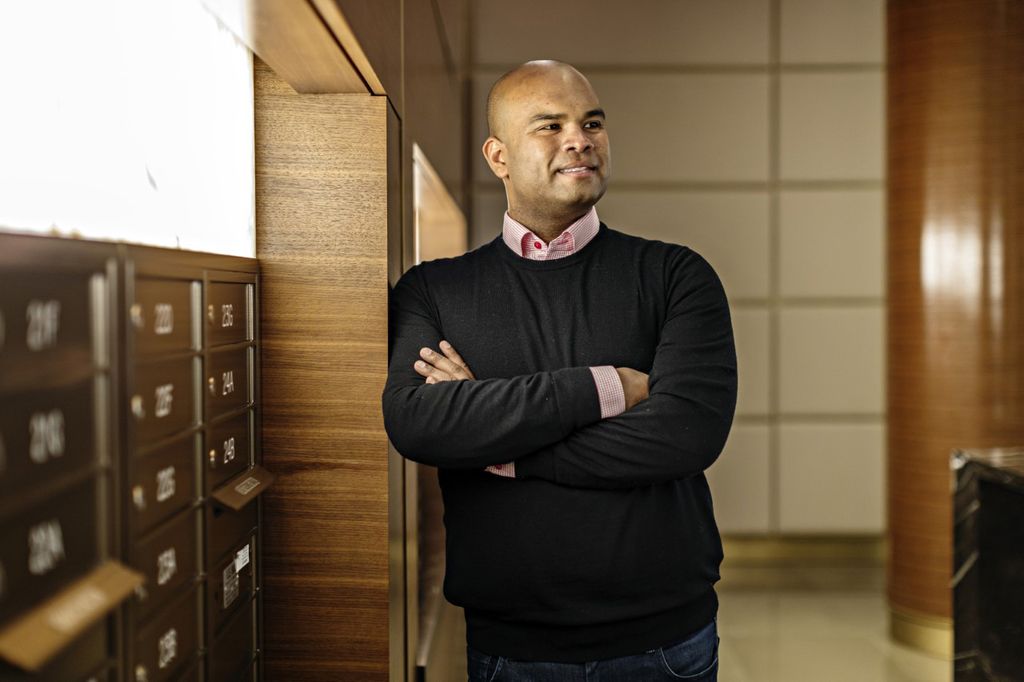 This is part of a recurring series of Q&As called “Uncomfortable Conversations,” taking on the sometimes tough, but always necessary, discussions about inclusion in advertising. This series spotlights the many diverse voices that make up this industry—at all levels and in all disciplines—highlighting their personal experiences to illustrate the importance of inclusion and equity throughout the entire ecosystem.

Today we speak with Larry Adams, the former head of design for WarnerMedia and now the CEO of LVA, an “anti-racist” media agency he recently founded. Adams also helped design and develop HBO Max. He says he “picked the purple.” Outside of working client-side at WarnerMedia, AT&T, DirecTV and Vimeo, he spent a large portion of his career working at agencies including Mindshare, TBWA\Chiat\Day, Publicis and Deutsch.

The following interview has been lightly edited for brevity and clarity.

How did you get into advertising?

I’ll start at the very beginning, because it relates to what I’m doing now. I grew up in central L.A. It was not what you see in movies. I sometimes think about myself in third person, like I watched it all happen. We moved into our house that my dad used a GI loan from his time in the U.S. Army to get; it was the only loan he could get approved. The house wasn’t finished and we ran an extension cord to my neighbor’s because electricity was too expensive.

Someone recognized I was very smart and got me an internship at Sony Pictures when I was in high school. I remember I just wanted to work in the movies. I found out after I submitted to the internship that I was joining a department called marketing. This was before the Internet so I couldn’t just Google to find out what that was. I went blindly into it. I had to take one bus up town, another bus across town and then walk 20 minutes to get there.

When I got there, the people were so nice to me. It was all about PR and print, and I loved it. I knew I wanted to do that with my life. I went to UCLA and worked part time in advertising through school. After school, I got involved in the first wave of the Internet, working with some online startups. When the Internet burst, and it really did burst, I went to agencies. [His early agency experience included stints at Deutsch L.A., Publicis & Hal Riney and TBWA\Chiat\Day, before he moved client-side to DirecTV, Vimeo and eventually WarnerMedia where he helped design HBO Max from a user and brand experience.]

So why did you leave HBO Max?

I left that to join the [Mike] Bloomberg for President 2020 campaign. I was the senior advisor for digital strategy. I left that role because of the lack of diverse leadership [on the team] that was charged with advocating for Black voters. It was the first time I was working specifically to target Black audiences. It was really a time for me to reflect on myself. It turned into this moment of self-discovery. It hit me all at once, what I had gone through, and all those experiences I had in the industry I came to understand—wow, I had faced microaggressions all the time. It was such a weird thing to confront. That campaign said it was so imperative that we activate Black voters but there was no data or insights, just hearsay and cultural references and agencies taking the trendier parts of Black culture rather than understanding the nuances of who we are. When Elizabeth Warren melted Mike’s face off in the debates, and then he resigned, I knew I wasn’t the same after that. I couldn’t unsee what I saw—this lack of representation where it matters most. I realized advertisers can’t value Black dollars because they don’t even know about Black consumers. That kicked off what I’m doing at LVA.

How many people of color were working on the Bloomberg campaign?

It’s so funny because there seemed to be like 50 new people every day being funneled into the New York building. Overall, the campaign had 4,000 people and New York encompassed a full two floors. I imagine in New York there were about 1,200 people. And how many people of color? It definitely could have been a lot more diverse, I’ll put it that way. But I know that was recognized. Joining the Bloomberg campaign was exciting but stop-and-frisk [that Bloomberg defended while mayor of New York City] was a real thing. Promoting a guy that had the largest profiling program under him was a huge hump for me to get over. After he left and surrounded himself with Black leadership I do think that he understood its impacts and internalized it. He started an economic justice movement to tip the scales back. It was a journey honestly. It became a real goal of the campaign to diversify but the sad part was, that wasn’t the way it was at the outset.

So tell me more about LVA.

I’ve been working on this in stealth since the end of the Bloomberg campaign. Through LVA, I’m adding more insight into the Black American to get that perspective into programmatic media, creative; transforming the way we plan and execute marketing campaigns. I’ve been talking to large agencies on how they target Black audiences and they are largely relying on outdated studies that are still going around. There is so much data, refreshed in real time, out there; it’s about organizing and processing it through an authentic lens.

Can you talk about some of the microaggressions you faced in your career?

I can tell you countless times where I’ve been in the room and the team says “you sound just like us.” Or “Wow, Larry you really know your stuff.” I’d be like, “Thank you, I’m a senior VP.” There were so many times you don’t feel comfortable raising your hand to say something doesn’t feel right. Or I would say why a campaign strikes me in a negative way and fully articulate why and the response would be, “Larry, you’re being too sensitive.” What I find different now, people are way more receptive of wanting to hear the Black point of view and wanting to learn.

So what do you think of this moment right now? Is the current momentum behind Black Lives Matter going to result in the change we need to see from the industry?

There are agencies out there that are focused on changing their personal points of view. They are growing. And then there are agencies that are frankly trying to profit from Black Lives Matter. But I’m encouraged, really encouraged by the support the industry and businesses are giving. And I’m really excited to put up a beacon for other Black professionals who feel like they have no home because they aren’t appreciated. This is the time for Black leadership like me to step up.