Looking at the Top 50 Super Bowl Ads Through the Lens of Behavioral Science
READ THIS NEXT
Super Bowl alert: Comedy dominates and Affleck stumps for Dunkin'—plus, revisiting a Snickers classic
http://adage.com/special-reports/superbowl/148
Credit:

When looking at the great ads of Super Bowls past, it's easy to spot some of the factors that make a winner. Humor, celebrities and cute animals often mark the best, but what's less obvious is the science at work that makes these ads rise to the top.

So let's see how behavioral science applies to classic commercials -- starting with what some call the greatest Super Bowl ad ever -- Apple's "1984" (No. 1 on Ad Age's list).

Here we see brilliant storytelling, but we also see how a principle called the "representativeness heuristic" can drive interest in a radical, new product by aligning it with successful past innovations. Analogies transfer positive associations with a good, old idea to the new idea. In scenes evoking the well-known novel "1984," the hammer-wielding young heroine smashing the existing norm heralds the societal sea change promised by the introduction of Apple's Macintosh.

We see the same principle effectively used again -- albeit with ironic humor -- in last year's BMW "New Fangled Idea" (No. 23 on Ad Age's list). Here a look back at Katie Couric and Bryant Gumbel's failure to initially recognize the massive future impact of the internet is juxtaposed against their confused first response to an electric car.

While the representativeness heuristic is a good way to introduce new products, "loss framing" offers an approach to elevate the importance of a brand's benefits. This principle tells us that the pain of losing a thing we own is about twice as powerful as the pleasure we would feel acquiring it.

A great example is the classic FedEx "We Apologize" (No. 25). Instead of highlighting the benefits of on-time package delivery, we're humorously reminded of what's at risk if we use a shoddy service.

And while we're moved by real or potential loss, it often takes humor or another technique -- "psychological distancing" -- to make a threatening message palatable. If we want to tell somebody they're doing something wrong or missing an opportunity, they'll take it better if we're not pointing the finger directly at them.

That's just what happens in Monster.com's "When I grow up" (No. 2). The story is told from the eyes of kids looking forward to disappointing jobs in the future -- rather than saying "check out Monster.com because you screwed up and are stuck in a dead-end job today."

This list could go on, but I'll end with one last powerful principle that is useful in reshaping opinions and getting people to rethink brands or categories -- one of the best reasons to invest $5 million in a Super Bowl ad in the first place.

In early 2011, selling an American car was a tough ask. Most people still associated Detroit and American automakers with failure and bailouts.

The principle of "two-sided messaging" was brilliantly used in Chrysler's "Imported from Detroit" (No. 13). We are more likely to engage with a message that fits with what we already believe. If someone feels negatively toward a brand, they'll be resistant to hearing a direct, positive message. By first acknowledging a few of its flaws, they'll be more open to changing how they feel and what they believe.

The Chrysler spot tells us that, yes, Detroit has been through some tough times, but it's also strong, resilient and actually knows a thing or two about art and culture and luxury. By validating the viewers' impressions of Detroit and, by reflection, Chrysler, the brand was able to turn "Imported from Detroit" into a "hell yes!" rally cry for the Motor City everyone felt proud to get behind.

Whether or not any of these ads were developed with the conscious use of behavioral science, it's clear to see that when ads work the way our brains really work, they capture our attention and make a lasting impact. Think how much further ahead you can be if you start your ideation with behavioral science in mind.

So as you sit back to watch the 50th Super Ad Bowl, consider this: There's more to keeping you from ducking into the kitchen for a snack during the ads than just celebrities or cute animals. When you laugh, feel moved or maybe even cry, think of the science behind the ad that triggered that powerful reaction. 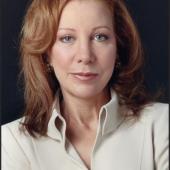