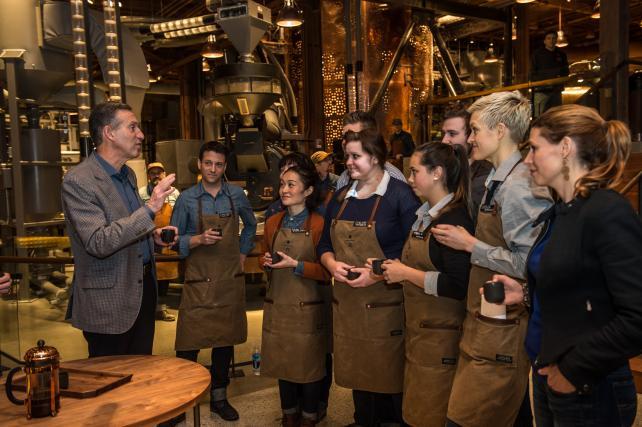 Howard Schultz addresses employees at the opening of the Starbucks Reserve Roastery in Seattle.
Credit: Starbucks

What's the onomatopoeia for spitting out a mouthful of coffee? If I knew, it would begin this piece. Howard Schultz's announcement that he would step down as Starbucks CEO and ascend as the new leader of the new Starbucks Reserve super-premium brand came with the mention of a $12 cup of coffee. Yes, now you know the cartoon-like sound effect or onomatopoeia that escapes my mind.

Addressing his employees and media, Schultz said the company's "Willy Wonka"-inspired Roastery in Seattle is the vision at-hand for Starbucks Reserve. "With the Roastery, we introduced into the coffee category a previously unattained level of premiumization," Schultz said. How curious! I agree, "premiumization" is $12 for a cup of coffee. But at the risk of another public display of a spewed brew, I argue that A $12 price point is not expensive enough.

To understand Starbucks' dominance, "premiumization" is a good word. The year 1999 was a simpler time for the average coffee drinker: one had to choose small, medium, or large, and then, cream or sugar. The options for most Americans were decidedly not "premium." Back then, Starbucks had a mere 2,498 stores worldwide.

As Starbucks began to "pop up on every corner," as the cliché goes, coffee drinkers were barraged with funny-sounding and premium-priced options like Frappuccino, americano and caffè latte. In the 16 years since, Starbucks locations have grown 896%, to 24,893 worldwide. Today, Starbucks' very own Italian-inspired sizes "grande" and "venti" are ubiquitous in our culture, emblematic of the company's influence and dominance. In just a few decades, Starbucks created a premium coffee market; now, with this announcement, it believes it can "premiumize" the industry again.

Some 64% of Americans drink at least one cup of coffee daily, according to a 2015 Gallup survey, but Starbucks Reserve is not targeted at the mass market. That's who Dunkin' Donuts, Folger's and Chock Full O' Nuts are aimed at. Rather, this new brand is targeted at people like me, a Starbucks super-fan.

I worked as a barista in my college years because I needed the income, but also because I wanted to learn how to work the old-fashioned La Marzocca espresso machine at my local Starbucks. That was before each location "upgraded" to the current push button, automatic espresso machines in hopes moving lines of customers along quicker ... ah, the lost art of pulling a shot of espresso.

With this in mind, there are thousands of other super-fans like me who are willing to wait in a long line (think the latest hyped Apple product) and pay whatever amount for a cup of joe that Schultz's Starbucks Reserve charges. At face value, $12 is quite expensive for 12 ounces. It's enough to make me pause and really think about the decision. But after the first cup, I will probably be blindly handing over my Starbucks Gold Card for payment, routinely.

That's the thing about super fans in any niche market: we'll pay an exorbitant amount of money for a premium good that the general fan can consume for a mere fraction of the cost. As Schultz alluded, the brand extension of Nike's Air Jordan successfully caters to a niche market of sneaker heads. Certain Air Jordan's are valued north of $10,000 and as high as $100,000 ... for shoes! I'm reminded of this phenomenon at my local barber shop, where an Air Jordan connoisseur posts sign-ups for customers to get in line for the newest, most exclusive pairs.

That's why I would bet the house blend that Starbucks Reserve is successful. I caution that it will take time for the targeted consumer base to mature to the idea and price point. Perhaps in a decade or two, Howard will decide that the coffee industry is primed for another "premiumization," and we will be reading about a $96 cup of coffee. I'll certainly be curious to try it. 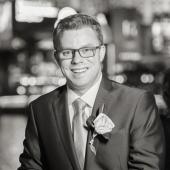