Adobe and Dungeons & Dragons dream up a monstrous promotion 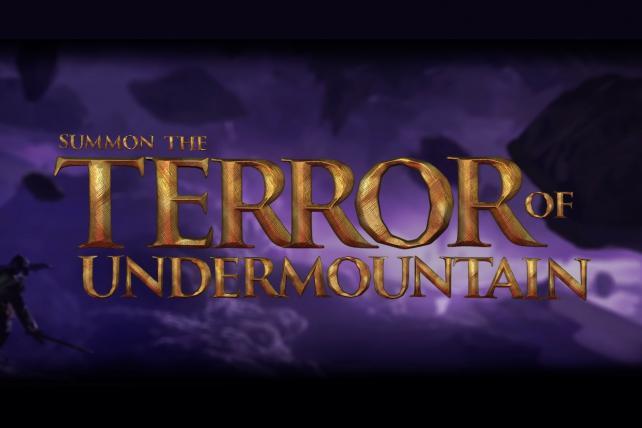 At Wizards of the Coast, the team behind the classic tabletop role-playing game Dungeons & Dragons uses Adobe Creative Cloud to paint and manipulate slavering beasts and powerful enemies for players to face in fantasy combat. Now the two companies -- one traditionally analog and one decidedly digital -- are joining forces to promote both Adobe' Photoshop and a new game from Wizards of the Coast.

The partnership was a natural fit, said Daniel Presedo, software specialist at Adobe, because "a lot of folks on the Photoshop team played D&D when they were younger."

There are also a number of Dungeon & Dragon fans at PR shop Edelman, which helped the agency conceive of the contest idea for their client, Adobe, and pitch it to WotC. "It was basically a cold call," says Edelman Chief Creative Officer Tom Parker about the first contact with the D&D team. "With a lot of confidence. When an idea is right, you expect the response you're going to get is going to be enthusiastic."

The Summon the Terror of Undermountain competition begins today promoting the new D&D adventure "Waterdeep: Dungeon of the Mad Mage," which takes players into the confusing domain of the insane wizard Halaster, known for his eclectic collection of killer monsters. Entrants will need to create their own original monster, using any version of Photoshop, to serve as the final, most frightening guardian of the dungeon.

The increased popularity of D&D (for the first time, the rulebooks have hit the New York Times Best Sellers list) makes it a worthwhile avenue for Adobe to engage a young, digitally savvy audience. "We've identified an opportunity here to hit a huge audience with the gaming angle hook," says Lex van den Berghe, senior product manager for digital imaging at the company. "We used to play D&D in dark, secret places on the sly. Now everybody's into gaming. Our gut's been telling us this is going to be the biggest social contest we've ever done."

The official announcement of the contest will be made tonight at TwitchCon, a convention for the live-streaming platform that has become popular with tabletop players. That was a logical venue since D&D is a hobby that spreads through word-of-mouth and in-person and online events. "We'll probably see more partnerships like this than traditional ads" in the future, says Greg Tito, senior communications manager at Wizards of the Coast.

The contest winner chosen in December will receive $5,000 and have their work immortalized as an actual 3D miniature for use in the game. Runners-up will have their designs featured on the brands' social channels. They'll also draw the attention of designers at both companies. "I am always looking for new artists," says Kate Irwin, senior art director at WotC. "We're not going to let good talent get away."

"It can potentially start a career," Presedo says. "I would have jumped at this as a kid."

Contestants who don't own Photoshop will have access to a special trial version of the software available only through the contest portal. Rather than the typical weeklong trial, it will stay active for a month.

The contest portal includes a downloadable "Monster Kit," which includes around 100 art pieces depicting various monster body parts that contestants can use in their creations. There are savage heads, barbed tails, mouths ringed with fangs, tentacles and compound eyes.

A social video from Edelman features stop-motion adventurers confronted by a less-than-scary brute. Two more spots will roll out throughout the contest.

Playing D&D is a pastime gaining popularity at agencies around the country and Edelman is no exception. Tony Johnson, senior VP and creative director, runs a regular game in the San Francisco office, and Steve Slivka, chief creative officer at Edelman's Chicago office, ran CDD&D, a Dungeons & Dragons game for creative directors during the Cannes Lions Festival of Creativity. A series of promotional posters dubbed it the #WorstPartyAtCannes, though attendees might disagree.

The mix-and-match nature of the monster contest was inspired by a toy from the '80s, Tomy's Mighty Men and Monster Maker Kit. "I had it as a kid," Parker says. It was a collection of 3-D plates with raised lines: heads, torsos and legs. You could assemble the plates any way you wanted" to make a huge variety of creatures.

Artists looking to get a leg up on the competition should keep in mind that the judges are a group of both game designers and graphic designers. The winning monster, while fantastic, needs to make sense in context. "D&D always has a kind of foot in reality," Irwin says. "If you make a monster that has curved horns coming out of his shoulders, it can't turn its head without getting stabbed." The pose and the background can also relay a lot about the creature's behavior and preferred environment.

Then there are the technical details. "We've presented a lot of disparate parts," Whitters says. "How do they integrate them? They can alter the color, blend the pieces together using the digital tools." The first round will be judged on the two-dimensional image submitted, but a second round will take a close look at the Photoshop files artists used.

"Did they name their layers? Did they use folders?" Presedo warns.